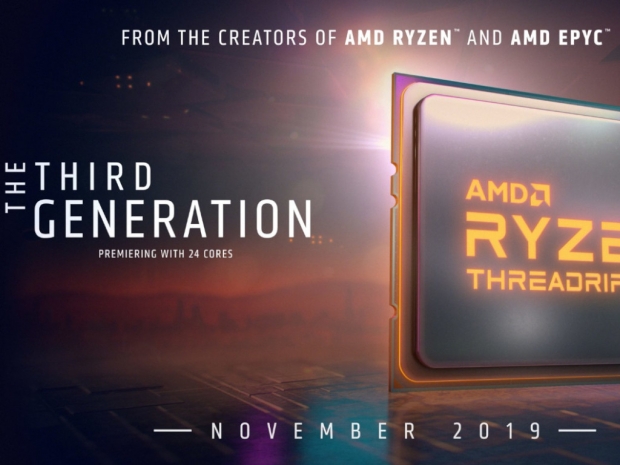 AMD was keen to note that the company could not pass an opportunity to tap into the HEDT market with its Zen 2 CPU architecture, especially since the first and second generation got quite a bit of praise and quotes the market a lucrative one, at $1.2 billion.

Both new 3rd gen Threaripper SKUs are based on AMD's 7nm Zen 2 architecture and will fit the new TRX40 platform with the new sTRX4 socket, and offer support for ECC memory (depending on the motherboard). Both chips will also have a total of 48 PCIe 4.0 lanes, including 48 general-purpose ones, 8 for connecting to the chipset (chipset downlink), and 8 lanes for I/O.

The TRX40 chipset looks similar to the X570 one, but it will be connected to the CPU with a PCIe 4.0 x8 interface, which is 4x bandwidth compared to the 2nd generation, which is pretty much the reason AMD had to go for the new socket. Of course, it goes without saying that the new 3rd gen Threadripper CPUs won't be backward compatible with old chipsets, nor the old Threadripper CPUs will be compatible with the new TRX40 chipset motherboards.

The chipset offers 8 general purpose lanes, 8 for the chipset uplink, and two blocks of 4 PCIe lanes that can be used for four SATA 6Gbs or other PCIe 4.0 lane configurations (1x4 or 2x2). 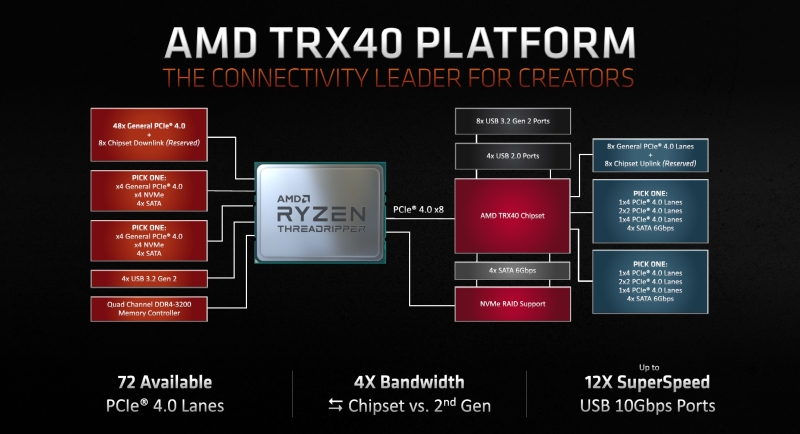 AMD was keen to point out that achieving such high clocks on such an amount of cores is an impressive feat. Bear in mind that both 3rd gen Threadripper CPUs will have a 280W TDP, which is about 30W more than AMD's 2nd generation WX-series Threadripper CPUs. 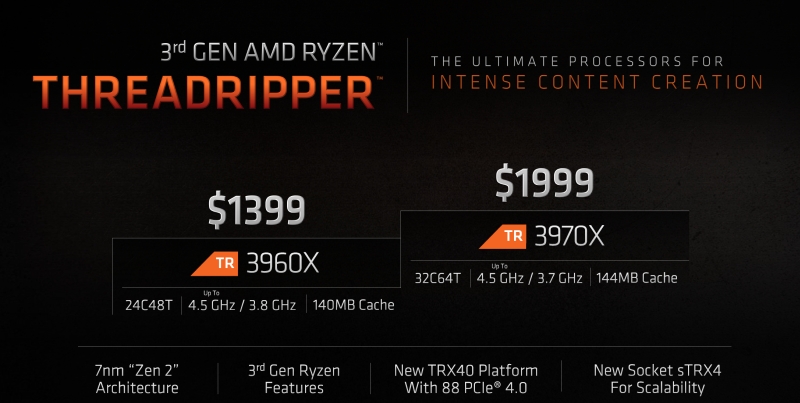 As far as performance goes, we must stick to AMD's slides which compare two new SKUs, the Threadripper 3960X and the 3970X, with Intel's Core 9-9980XE, an 18-core/36-thread part, showing a performance gain of anywhere between 22-54 and 36-90 percent, respectively. Of course, we are looking forward to see some reviews once these launch on November 25th. 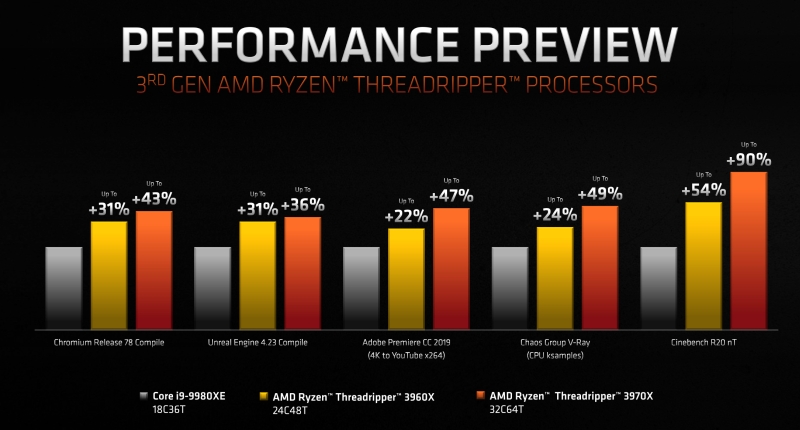 AMD was very cheeky about the 3rd gen Threadripper pricing, putting the 24-core 3960X at $1399 and the 32-core 3970X at $1999, which is an especially bold move considering Intel's recent "relative performance per dollar" claims, which suggest a massive push from Cascade Lake-X CPUs to be more affordable.

AMD is quite happy with how its 2nd generation Threadrippers compete with Intel's current HEDT lineup and we might see a price cut on these parts.