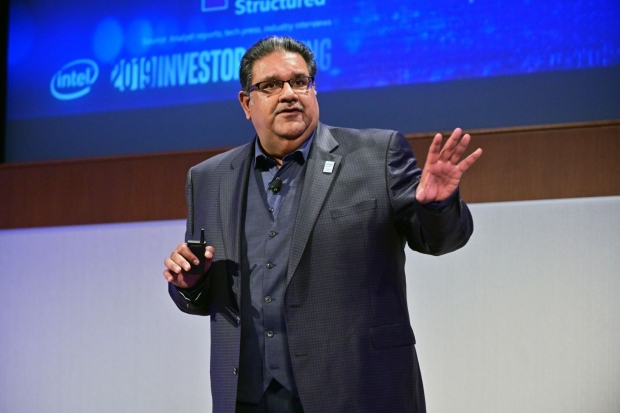 Unless you have been living under a rock, you were aware that Intel is years behind its original 10nm transition. Luckily, Intel’s Murthy has confirmed that the 10nm CPU will start shipping in June.

Dr. Murthy Renduchintala, Intel’s chief engineering officer and group president of the Technology, Systems Architecture and Client Group delivered an update speaking at the 2019 Intel Investor Meeting on Wednesday, May 8, 2019, in Santa Clara, California and mentioned both 10nm and 7nm in 2021.

The 10nm processor technology seems finally fixed. Intel’s first volume 10nm processor, a mobile PC platform code-named “Ice Lake,” will begin shipping in June. Intel will start shipping to its OEMs who will take the time to prepare their notebook designs for the holiday season of 2019. 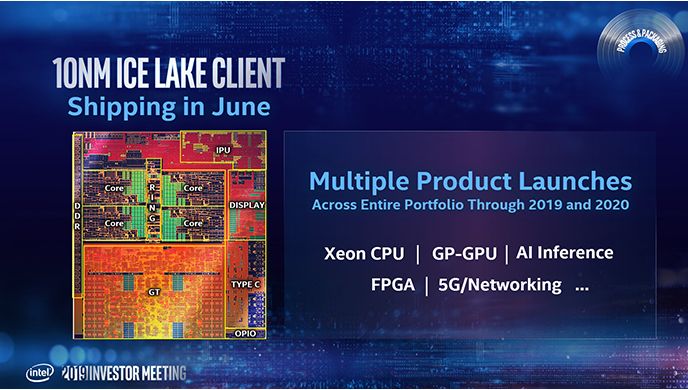 Murthy pretty much revealed a lot about the upcoming Ice Lake processors that naturally are targeting thin and lite notebooks and should help to increase the performance at lower power consumption. The GPU will deliver 1 Tflops and will finally be able to offer some decent performance gaming on an Intel integrated graphics platform.

Intel also plans to launch multiple 10nm products across the portfolio through 2019 and 2020, including additional CPUs for client and server, the Intel Agilex family of FPGAs, the Intel Nervana NNP-I (AI inference processor), a general-purpose GPU and the “Snow Ridge” 5G-ready network system-on-chip (SOC).

The financial community got the first confirmation that Intel will be using 10nm for its general purpose GPU expected in 2020. It was interesting that at the Intel connectivity meeting a few weeks back at the Intel’s Santa Clara headquarters, most editors expected that Intel is building its GPU on 14++ nm while we had to insist that Intel has always been preparing and making a GPU on 10nm and later smaller nm.

That was the only way it had even a remote chance of competing.

The fact that Intel managed to improve 14nm to such extent is something to admire, but 10nm will get us to new hights and enable some exciting new OEM innovations.

Last modified on 09 May 2019
Rate this item
(2 votes)
Tagged under
More in this category: « AMD under the bonnet of the world's fastest supercomputer Lakefield 10nm PCB pictured »
back to top