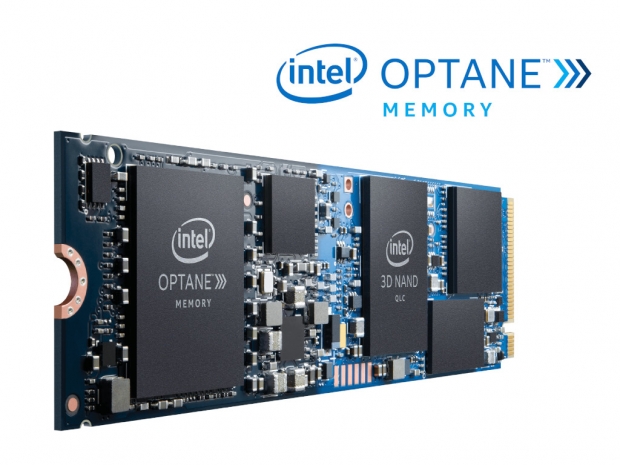 The Intel Optane Memory H10 with Solid State Storage, as Intel names it, pairs up Intel's Optane with what is basically an Intel 660p QLC SSD on the same 2280 M.2 NVMe module. It uses a PCIe 3.0 x4 interface with NVMe and comes in an M.2 2280 single-sided form-factor.

Intel is promising sequential read and write performance of up to 2400MB/s and 1800MB/s, with 4K random read and write (QD1) of up to 32K and 30K IOPS. The endurance rating is set at up to 300 TBW and it will be backed by a 5-year warranty. 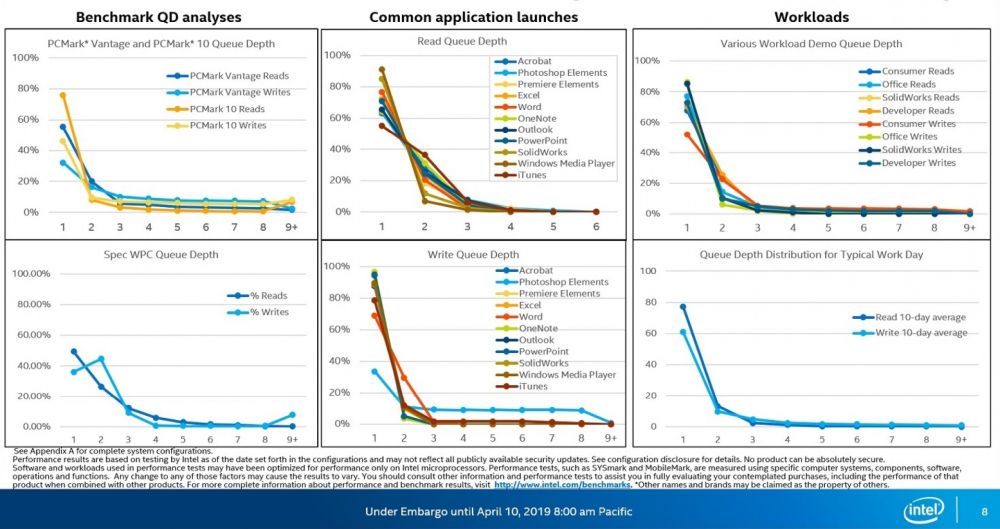 Intel aims the new Optane Memory H10 with SSD module at office productivity, content creation, and mainstream gaming, but there is a catch, as it will only work on Intel's 8th Gen and 9th Gen or newer Intel® Core™ processor-based platforms, according to Intel's site, with the Intel RST 17.2 driver.

The Optane Memory H10 with SSD looks quite interesting on paper, but it will take some time before we see it on retail/e-tail shelves, as it will first be available to OEMs for 8th Generation U-series mobile products. 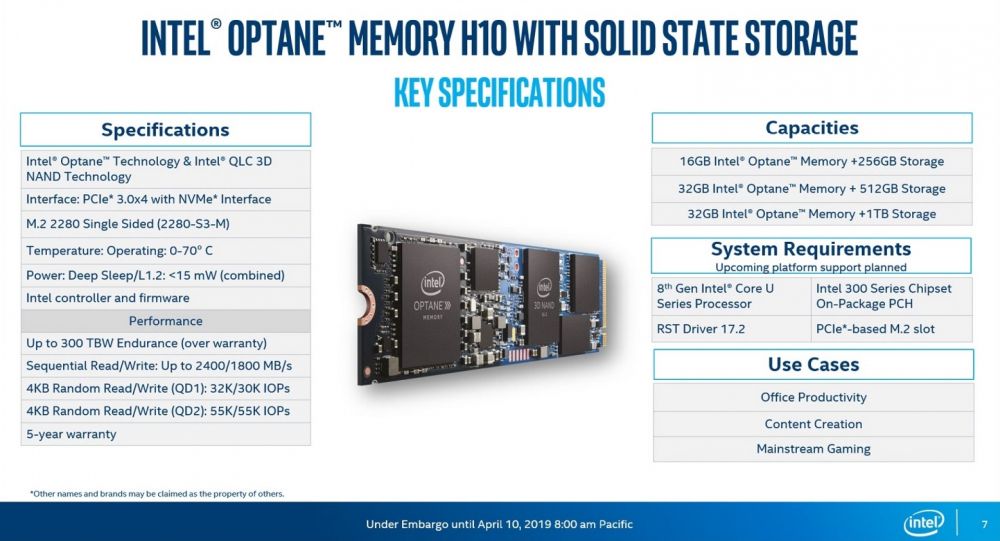 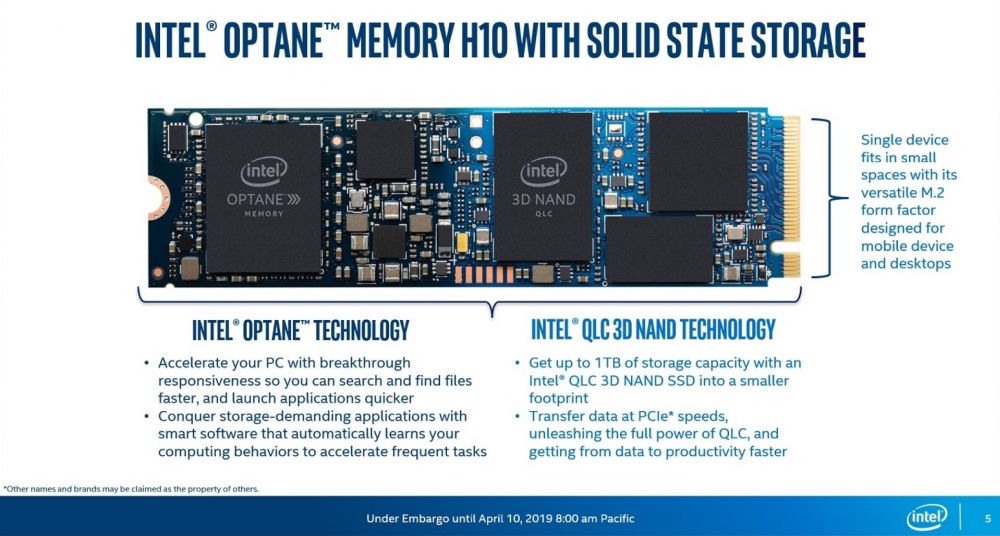 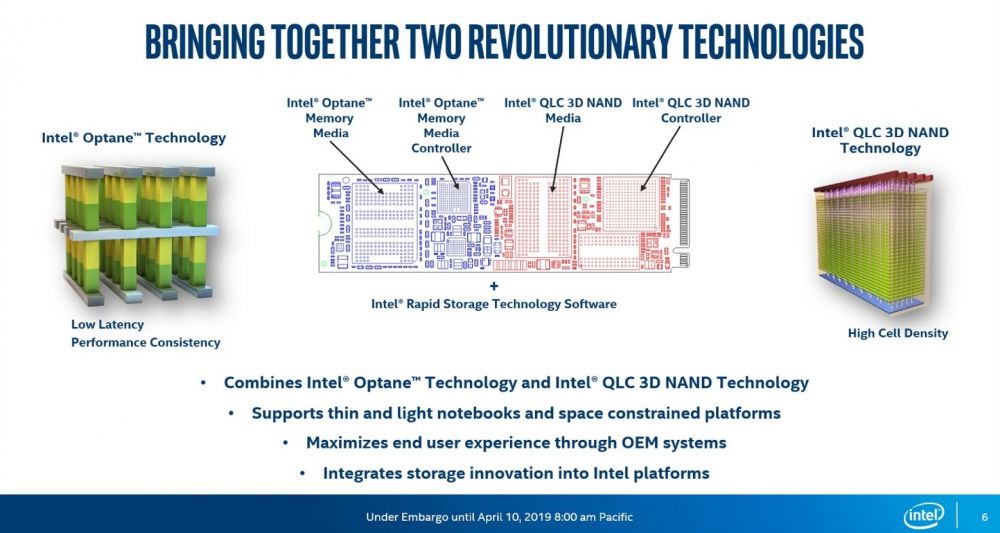 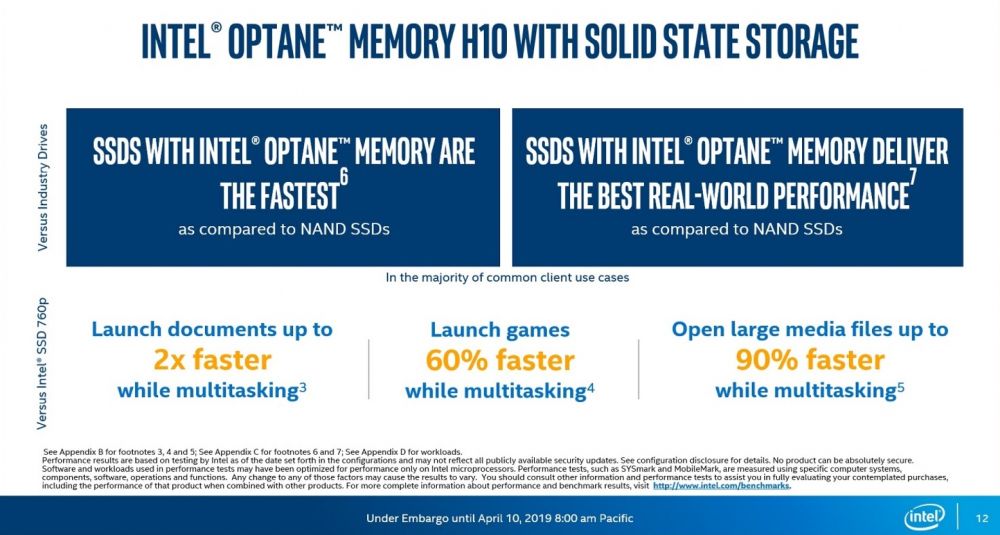 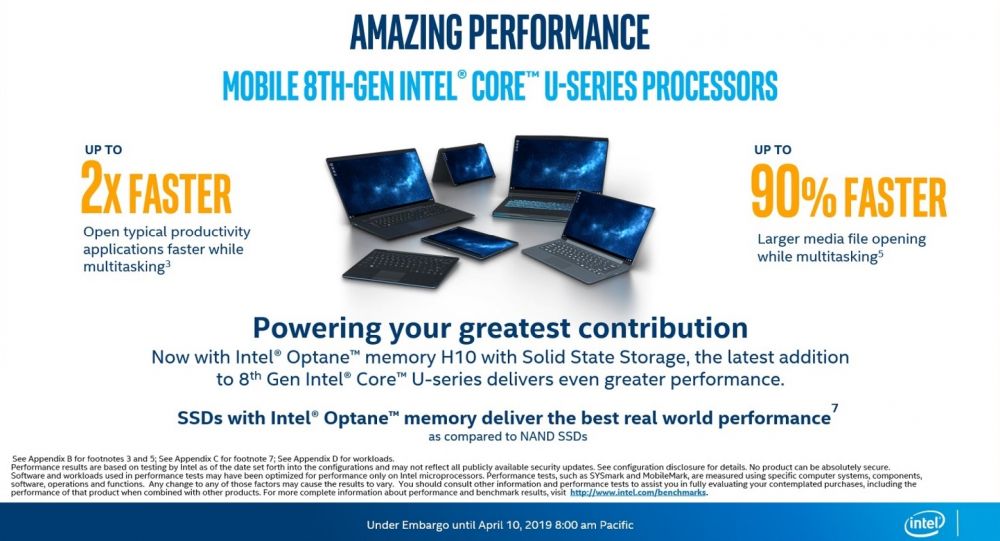 Last modified on 11 April 2019
Rate this item
(0 votes)
Tagged under
More in this category: « Intel losing market share Gartner and IDC agree PC market is still sliding »
back to top