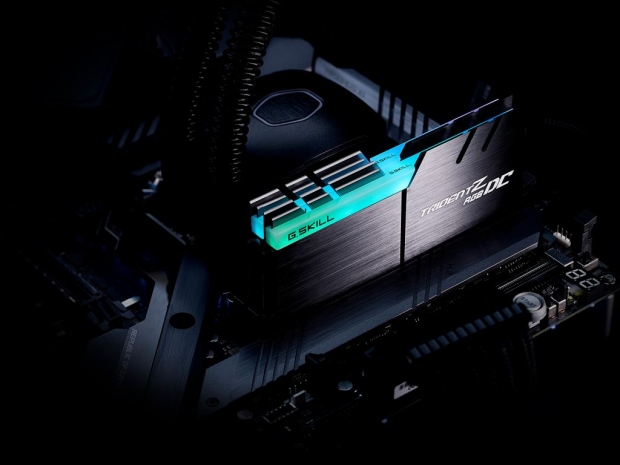 Up to 32GB per DIMM and only for select Asus motherboards

While standard UDIMM kits are limited to 16 DRAM ICs per module, it appears that G.Skill has found a way around it, by working closely with Asus ROG team and with custom PCB DIMMs which will pack 32 DRAM ICs per module. This allowed G.Skill to come up with new Trident Z RGB DC series memory kits which will be available in 64GB (32GBx2) capacity.

While based on a custom PCB which is somewhat taller than your normal DIMM module, these new Trident Z DC series memory kits will still retain G.Skill's recognizable look and RGB lighting.

Although these will now raise the supported memory capacity to 64GB on motherboards with only two DIMM slots, there is a significant drawback, as these are only supported on three Asus motherboards, including ROG Z390 MAXIMUS XI APEX, ROG Maximus XI Gene, and ROG STRIX Z390-I GAMING. 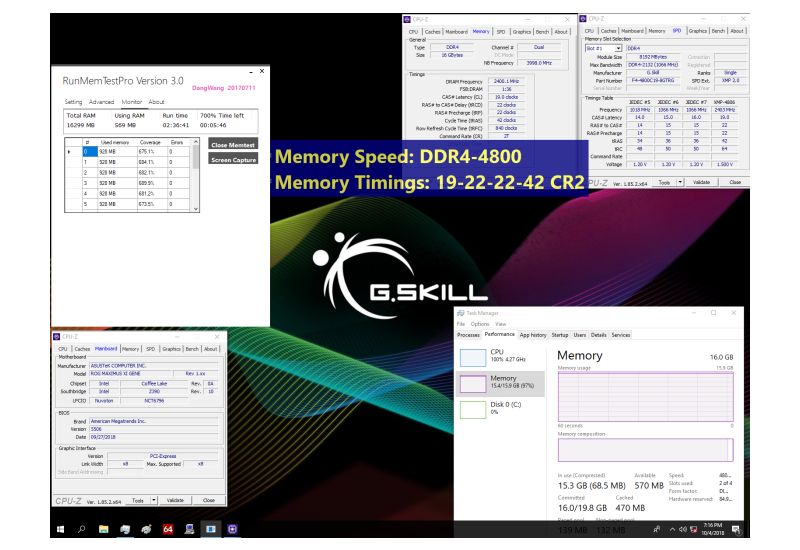 Those looking for higher capacity are also covered with the 32GB (4x8GB) 4,500MHz kit with the same 19-22-22-42, showing that these two are probably based on the same modules. The 4,500MHz kit was also tested on Asus ROG MAXIMUS XI Extreme motherboard. 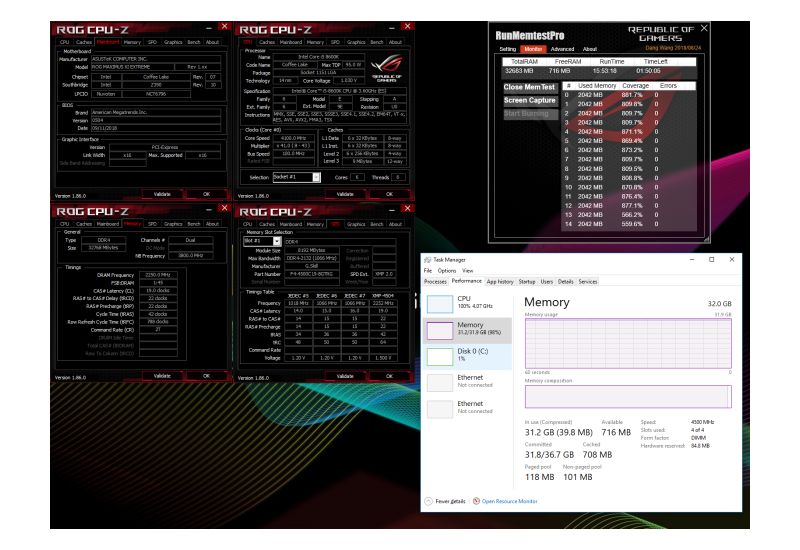 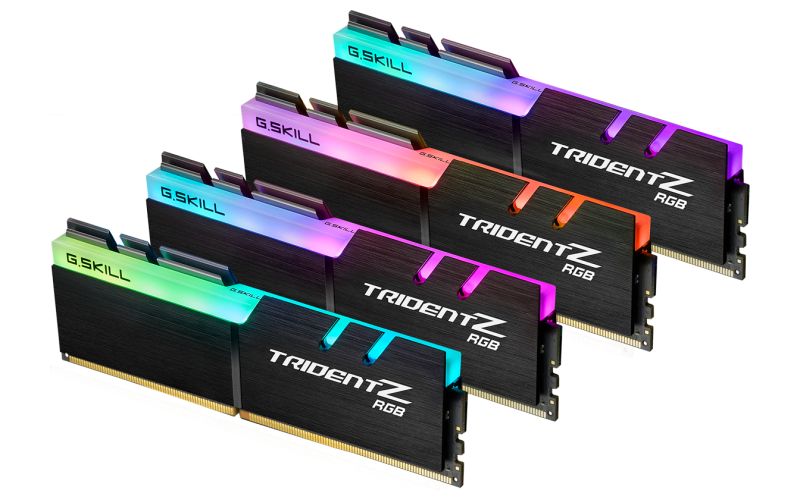 Rate this item
(0 votes)
Tagged under
More in this category: « Intel also shows 28-core Xeon W-3175X CPU Intel may have commissioned some misleading benchmarks »
back to top