Fuzedrive now works on both Intel and AMD platforms 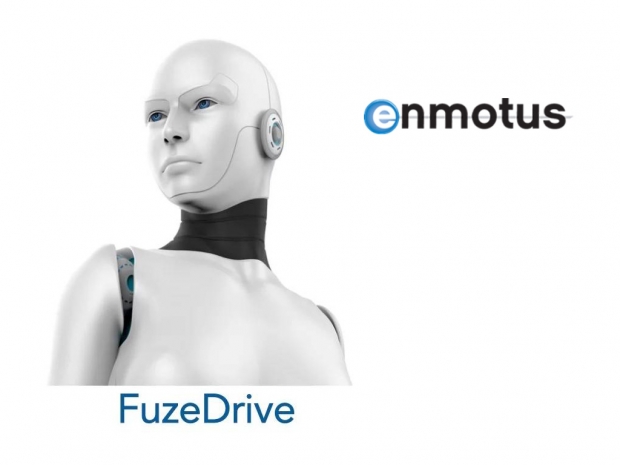 Does what Optane should have done in the first place

Enmotus, the company which was behind AMD StoreMi that shipped with X470 chipset motherboards, has now released a new version of its own FuzeDrive Software, which, to much surprise, works both with AMD and Intel chipsets, and pretty much does what Intel Optane should have done in the first place.

In short, Enmotus FuzeDrive allows you to pair up any two storage media drives into a single vSSD, whether its an SSD with HDD, NVMe with SSD, or even Optane with SSD or HDD, allowing you to get the performance of the fastest drive with much more storage space.

The way it does this is pretty simple as it uses Machine Intelligence to learn how you use your computer and moves frequently used data to the fast SSD tier and other applications and data goes to the capacity tier. As was seen with the AMD StoreMi software, which shipped back with AMD's X470 motherboards and some Threadripper CPUs, it works like a charm and we will make sure to test it out as soon as possible.

While it was originally supported only on AMD chipsets, the latest version of Enmotus' FuzeDrive Software supports Intel's 6th generation CPUs and newer, with corresponding 100-series, 200-series, and 300-series chipsets, as well as AMD Ryzen Desktop CPUs, including the latest 2nd generation 2000 series and Threadripper CPUs, with corresponding X470, and all 300-series chipsets (A320, B350, X370 and the TR4 X399 chipsets).

The software also needs the Windows 10 OS and requires a two drive (an SSD/HDD or SSD/SSD combination) to make either a boot drive or a data drive. What makes it special is that it is also reversible.

Of course, the software does cost a pretty penny, but still, it is a move in the right direction if you need both fast storage performance and capacity without the need to move things manually and let the system determine the best location based on your usage.

You can check out more details over at Enmotus FuzeDrive's web page and check out some videos of FuzeDrive in action below. 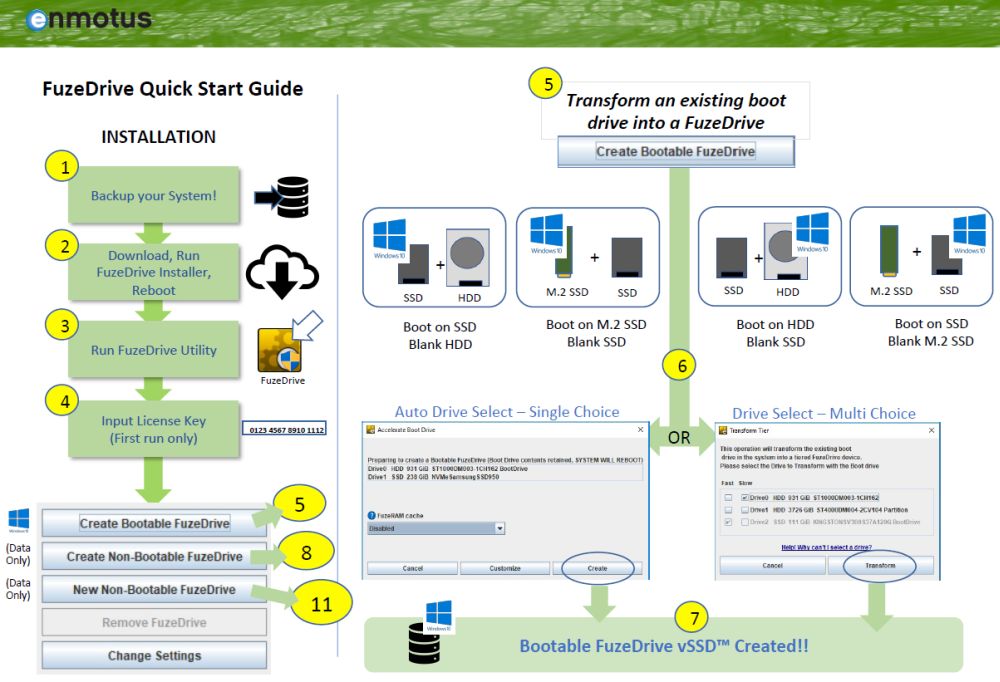 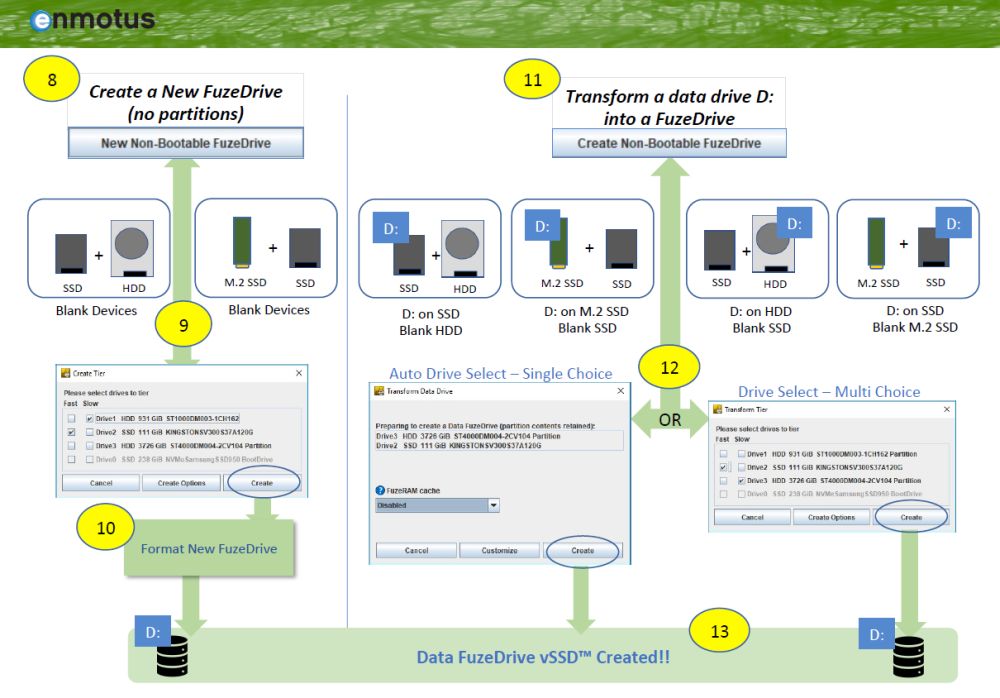 Last modified on 12 July 2018
Rate this item
(1 Vote)
Tagged under
More in this category: « MediaTek does better than expected Apple rumoured to be updating at last »
back to top