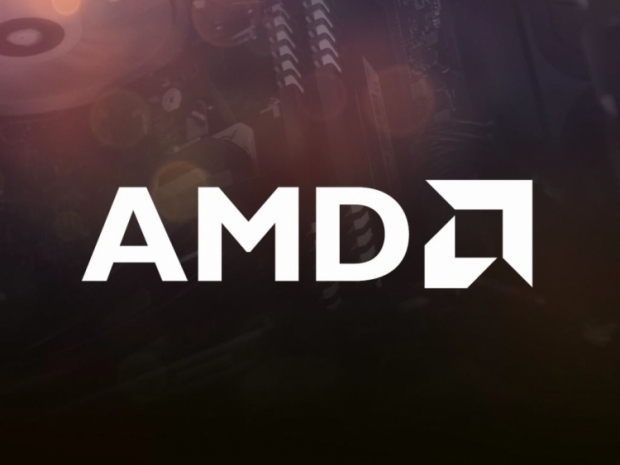 Zen 3, Navi, and next-gen on track

In addition to revealing that Ryzen Threadripper 2000 series is now sampling, AMD has given a bit more information on its future CPU and GPU plans with fresh two new slides, confirming that both Vega and Zen 2 7nm designs are complete as well as that its future designs are on track.

While Threadripper 2000 series is the only one coming in the near future, AMD's fresh CPU roadmap states that its 7nm Zen 2 design is complete and it "improves on Zen architecture in multiple dimensions".

It is quite hard to squeeze out any information from AMD regarding the state of 7nm chips but considering its latest roadmap and some earlier information from GlobalFoundries, it looks promising, so we can expect some interesting products next year. AMD also says that Zen 3 architecture, based on 7nm+ manufacturing process is "on track", and according to the roadmap, could come in 2020. 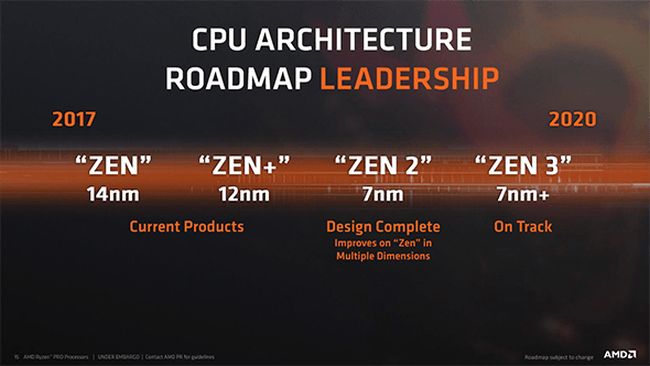 The GPU roadmap is quite similar, as the 7nm Vega design is complete, which will most likely end up to be the new AMD Instinct AI accelerator. This is not a big surprise as AMD earlier confirmed it had 7nm Vega running in its lab.

The Navi GPU, which should bring some interesting products is shown as "on track" and should come next year. AMD also mentions the "next-gen" GPU, which will also be based on an optimized 7nm+ manufacturing process, just like the Zen 3 CPU architecture. It will also come in 2020, at least according to the slide. 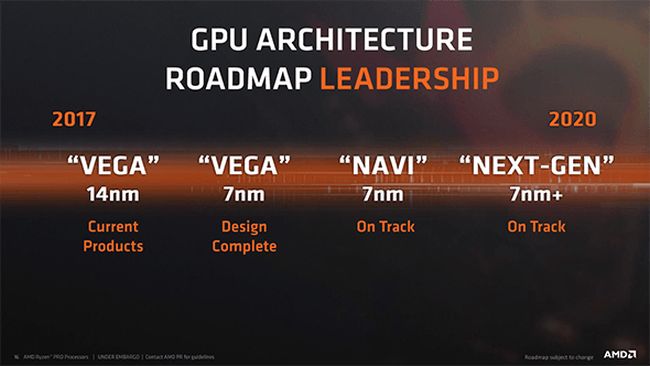 More information from AMD will probably come at the Computex 2018 show and as we draw closer to the end of the year. While its CPU offer has put some pressure on Intel, the company has a big job ahead of it in the GPU market, especially if the crypto-currency craze winds down.

Last modified on 16 May 2018
Rate this item
(0 votes)
Tagged under
More in this category: « Dell not worried by 5G Intel SSDs banned from Windows 10 update »
back to top