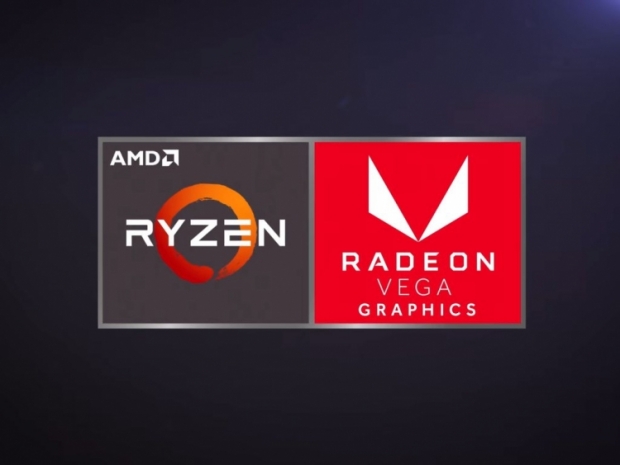 In addition to the official launch of its 2nd generation Ryzen 2000-series CPUs based on Zen+ architecture, AMD has also released two low power Ryzen APUs based on Raven Ridge design with TDP set at 35W, the Ryzen 3 2200GE and the Ryzen 5 2400GE.

Featuring the same design as the standard Ryzen Raven Ridge APUs with Vega iGPU, these two new low-power APUs work at slightly lower clocks which puts them in the 35W TDP range. Both still have the same support for dual-channel DDR4-2933MHz memory and come with the same 2MB of L2 and 4MB of L3 cache.

The Ryzen 3 2200GE is still a quad-core SKU without Simultaneous MultiThreading (SMT), so it is stuck with only four threads and comes with a Vega-based iGPU with 512 Stream Processors and a 1,100MHz GPU clock. In order to stick to the 35W TDP, AMD dropped the clocks from 3.5GHz base and 3.7GHz on the Ryzen 3 2200G, down to 3.2GHZ base and 3.6GHz Turbo clocks.

The same goes for the Ryzen 5 2400GE, which is a quad-core SMT-enabled part with eight threads, Vega iGPU with 704 Stream Processors and up to 1,250MHz GPU clock, but the lower 3.2GHZ base and 3.8GHz Turbo CPU clocks.

Interestingly, the Ryzen 3 2200GE and the Ryzen 5 2400GE APUs will be sold without a bundled cooler, which suggests that these are targeting specific custom HTPC and SFF systems that we suspect a lot of OEMs should introduce soon.

Unfortunately, we do not have any precise information on the availability date or the price but it is highly unlikely that we will see these in retail/e-tail shops as they might be only reserved for OEMs.

Last modified on 24 April 2018
Rate this item
(0 votes)
Tagged under
More in this category: « Samsung is the world's number one chipmaker AMD preparing Combat Crate hardware bundles with MSI »
back to top