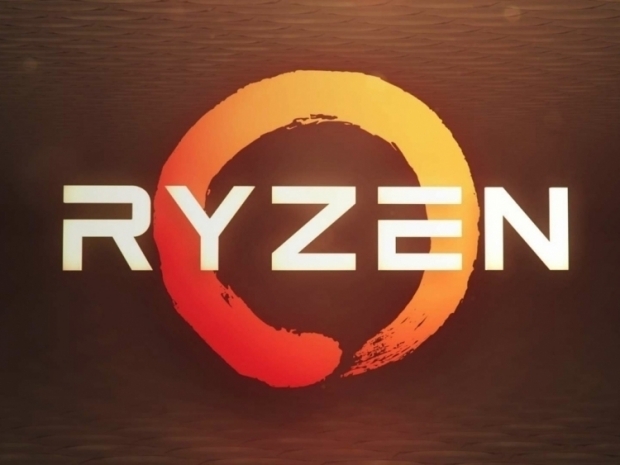 AMD will keep AM4 and TR4 sockets

A fresh leak of AMD's CPU roadmap has leaked online confirming some of the previous rumors and codenames as well as giving a glimpse of new HEDT, CPU and APU codenames that will come in 2020.

Leaked by Informatica Cero site, the two new slides shows a lot of new information but also raises a lot of questions as well.

When it comes to standard desktop CPUs, AMD should launch its 12nm Zen+ based Pinnacle Ridge CPUs soon, most likely in April, although the second slide strangely lists it as 2H 2018. The next-generation AMD Ryzen CPU, based on 7nm Zen 2 architecture will be coming in 2019. In 2020, AMD plans to launch Vermeer, a next-gen Ryzen CPU which could also be based on optimized Zen 2+ architecture.

When it comes to APUs, the recently launched Raven Ridge APUs will be getting an upgrade in 2019 as well, with a chip codenamed Picasso, while Renoir will come in 2020. AMD did not specify the CPU architecture that will be used in its future APUs but these will most likely follow the desktop CPU roadmap, with Zen 2 and Zen 2+ architectures.

Best parts of the story are that AMD is apparently on-track with a solid roadmap and that it will keep its current sockets, AM4 and TR4, for next-generation CPUs and APUs. 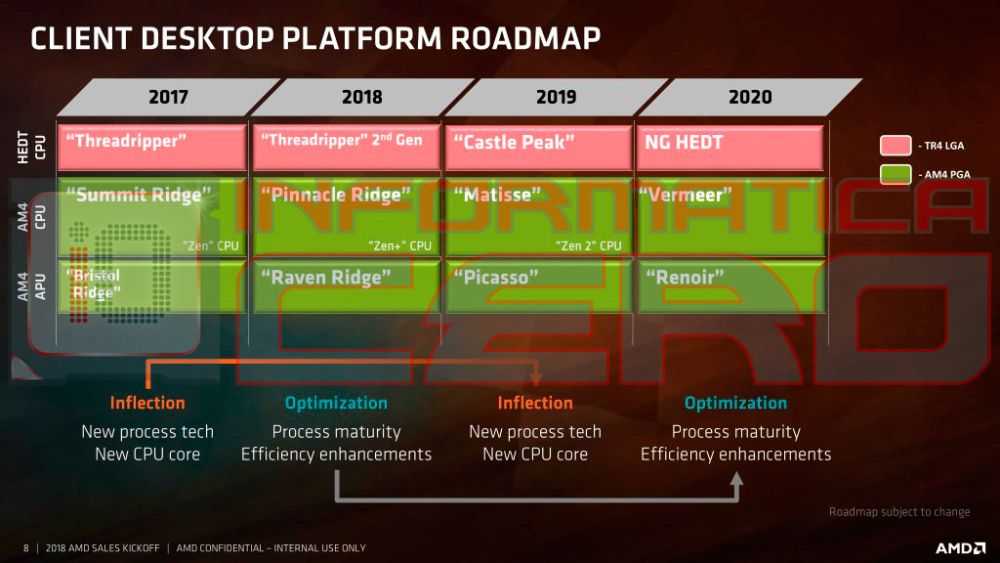 With this slide, AMD has introduced "inflection and optimization" model, which is basically the tick-tock model that Intel has been following basically until Haswell CPUs, which got a "tock" refresh. Intel also introduced its new "process–architecture–optimization" model back in 2016, which did not work out well as we got to see in action with Skylake, Kaby Lake, and Coffee Lake CPUs, which have been stuck on 14nm. AMD will probably try to follow the tick-tock version with new process tech and CPU core with inflection and enhancements with process maturity in the optimization step.

The aforementioned second slide confirms that we will only see four SKUs in AMD's Ryzen 2000 series Pinnacle Ridge lineup with more SKUs coming at a later date. 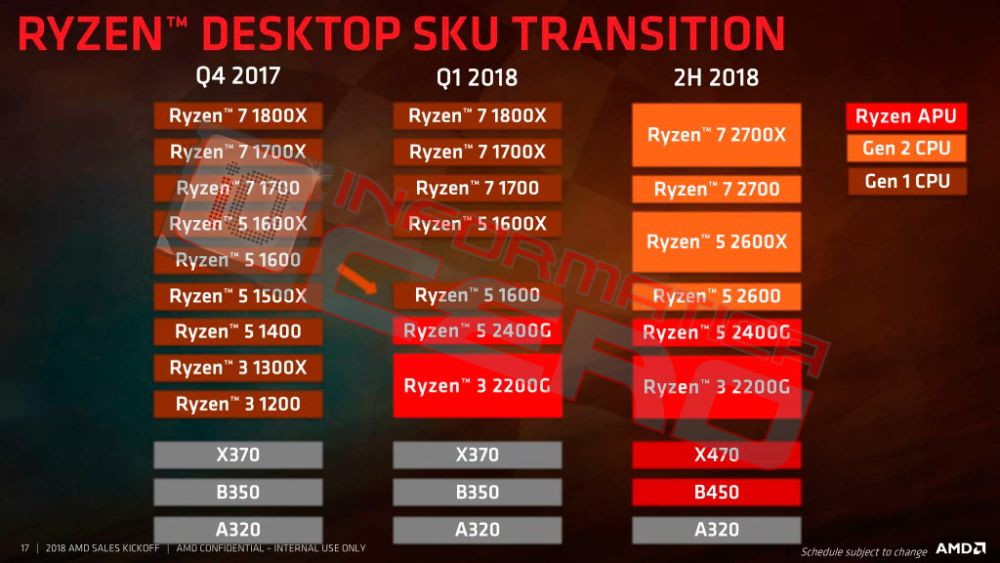