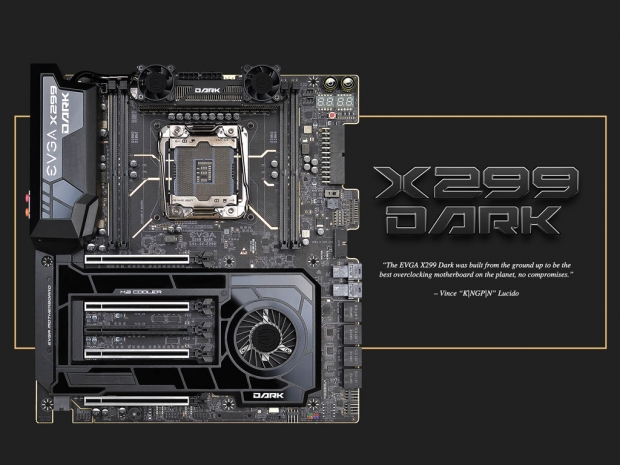 EVGA has unveiled its latest motherboard based on Intel's X299 chipset, the E-ATX EVGA X299 Dark, which both packs plenty of high end features as well as having a couple of world records under its belt.

Highly-praised by EVGA's in-house overclocker, Vince "K|NGP|N" Lucido, the EVGA X299 Dark is an E-ATX motherboard with a menacing all-black color scheme and lacks any RGB LEDs, which is quite rare these days. Specification-wise, it supports Intel socket 2066 Skylake-X and Kaby Lake-X CPUs, with support for up to 64GB of 4000MHz+ quad-channel RAM on Skylake-X or 32GB of 4133MHz+ dual-channel RAM on Kaby Lake-X CPUs.

The motherboard is made on a 12-layer PCB with a 16-phase Digital VRM, 100% solid state capacitors, a CPU socket with 300 percent higher gold content, and an external BCLK, all of which should ensure best possible performance and high overclocking potential. The VRM draws power from a pair of 8-pin EPS, angled 24-pin ATX and an additional angled 6-pin PCIe power connectors.

It comes with five PCI-Express slots, one of which is a PCIe x4 mechanical slot. The motherboard support quad-SLI on a 44-plane Skylake-X CPU. The rest of the specifications include a total of eight SATA 6Gbps ports, three M.2 slots (two key-M 110/80mm with up to 32Gbps), two U.2 ports, a total of eight USB 3.0, two USB 3.1 (Type-A and Type-C) ports, dual Intel Gigabit Ethernet (i210AT and i219V), a total of seven fan  headers, and more.

As noted, EVGA's X299 Dark motherboard already broken a total of 12 world records in the hands of Vince "K|NGP|N" Lucido, who also helped with the board design.

The EVGA X299 Dark motherboard is already available directly from EVGA with a price set at US $499.99. 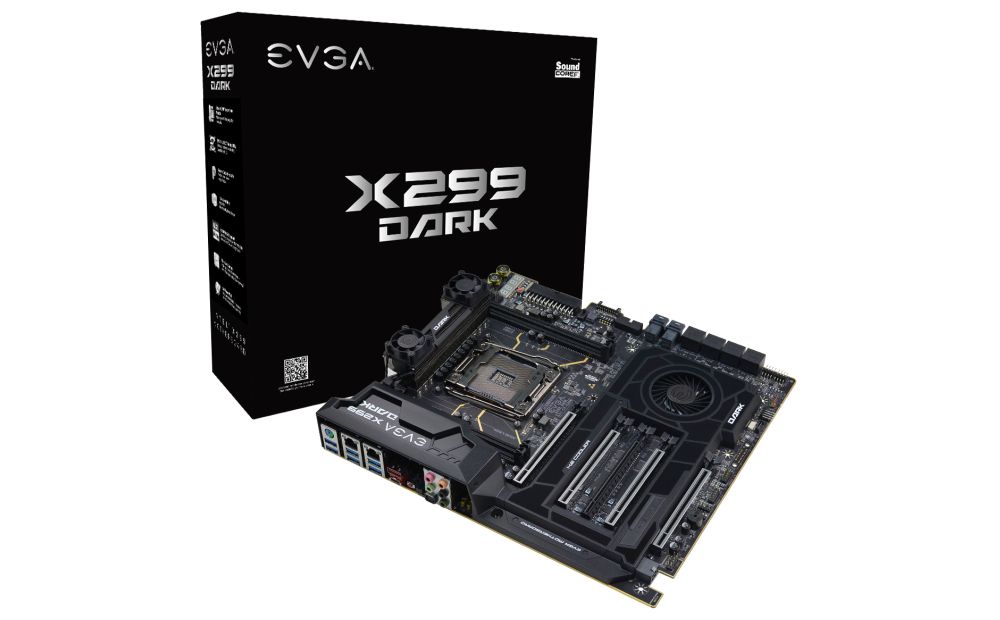 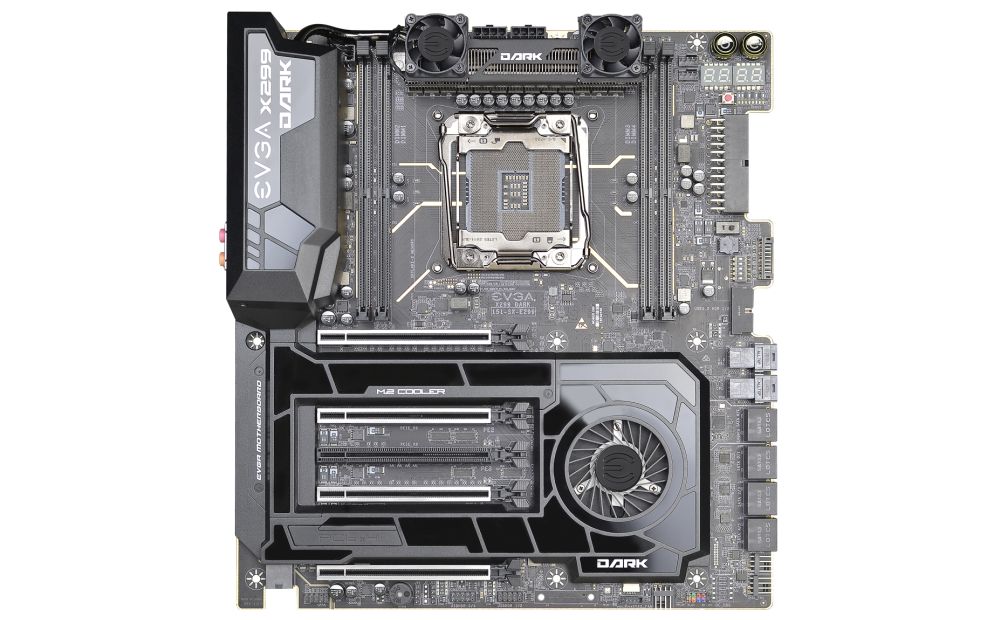 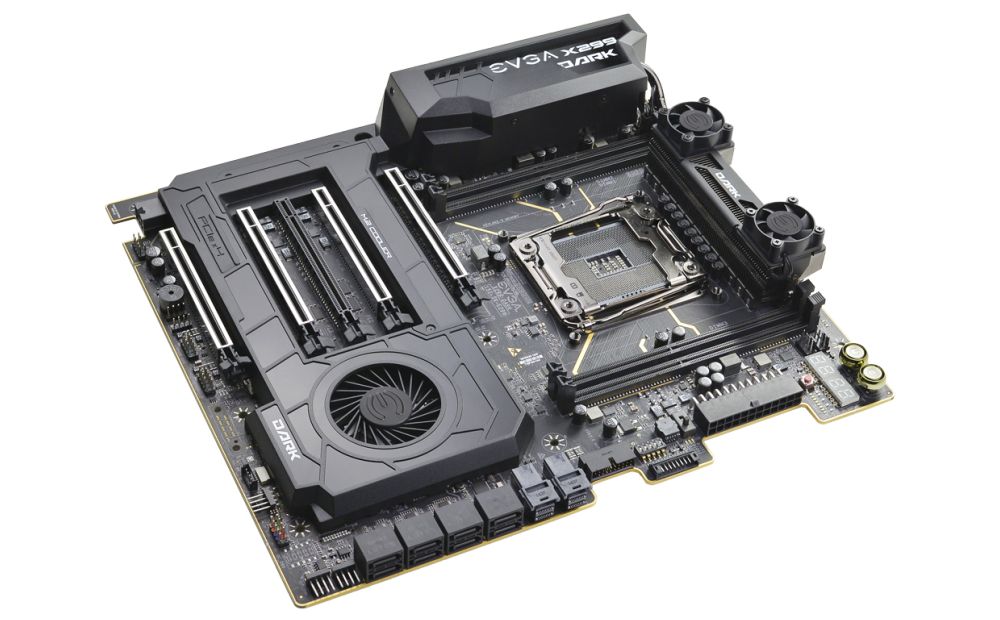 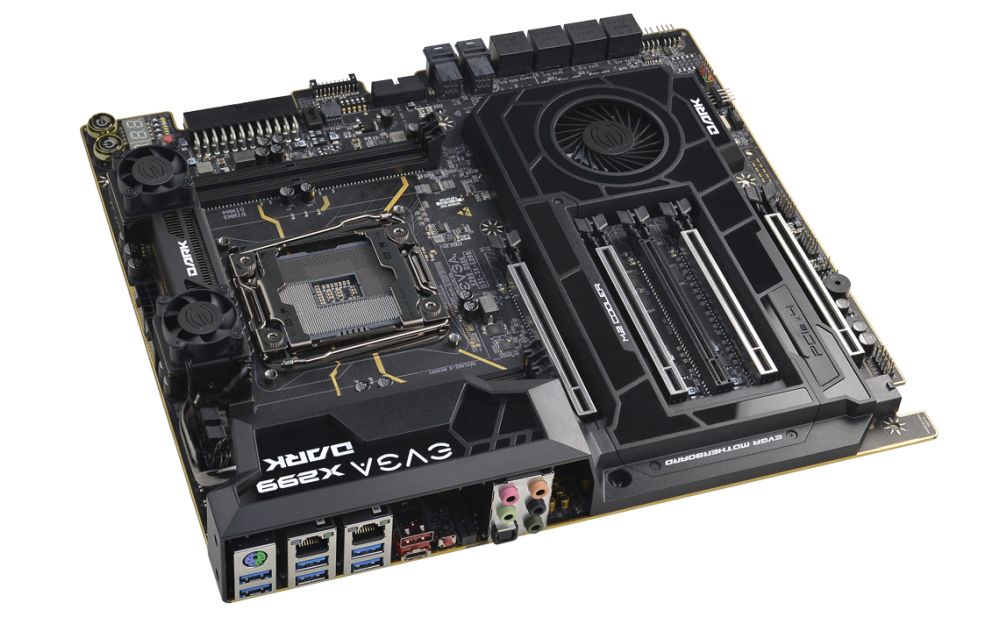