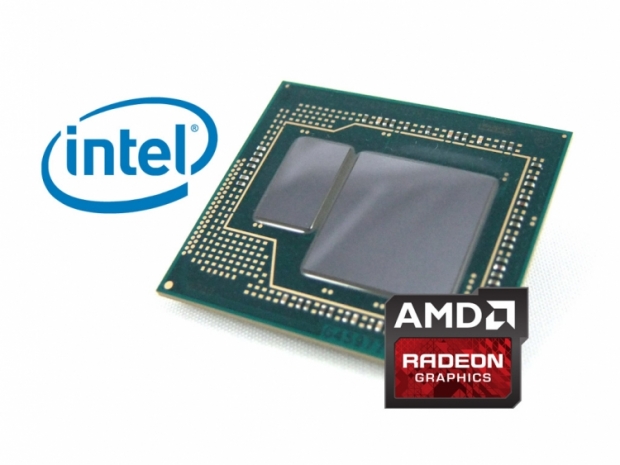 It appears that rumors regarding an Intel CPU with AMD integrated GPU are now heating up and that we might just see such CPU this year.

According to Kyle Bennet, Editor-in-Chief at HardOCP, who originally started the rumor back in December last year, a licensing deal between Intel and AMD is already signed and we could be looking at a special processor that could combine an AMD GPU with Intel Kaby Lake-based CPU.

In a forum post, Bennet also notes that this could be a multi-chip module (MCM) with AMD GPU separate from the CPU die and not an on-die component. This means that AMD will supply the GPU die and the final chip will be built by either Global Foundries or TSMC.

This could give AMD a much needed boost and also give Intel a processor with decent GPU, better than what you would get with Intel's IGP. On the other hand, such CPU would become a real competition for AMD's upcoming Raven Ridge APUs, based on Zen CPU architecture and GPU that could offer RX 460-class performance.

In any case, it would be quite interesting to see such a CPU and, according to Bennet, we might see it by the end of this year.

Last modified on 06 February 2017
Rate this item
(0 votes)
Tagged under
More in this category: « Global semiconductor sales broke records Ryzen to compete with Core i7 7700K too »
back to top