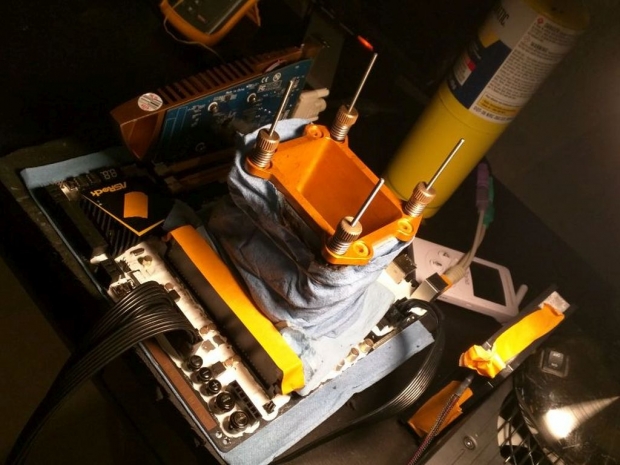 While it might not be interesting for an average consumer, Intel's upcoming 7th generation Core Kaby Lake CPU series might be quite popular with overclockers as it is much better overclocker than Skylake and manages to hit a stable 7GHz overclock.

Spotted first by OCLab.ru, the Core i7-7700K sample was overclocked by Allen "Splave" Golibersuch, who managed to hit a rather impressive 7022.96MHz, with base clock multiplier set at 69x, base clock of 101.78 and Vcore voltage set at 2.0V.

While some might argue that two of the four CPU cores and Hyper-Threading were disabled, bear in mind that it is all about overclocking here and not just plain performance.

Splave did a couple of benchmarks as well, running PiFast at 9sec 20ms and SuperPi - 32M in 4min 20sec 250ms. He also did a few benchmarks with all four cores and Hyper-Threading enabled, which only led to a stable overclock of 6734,37MHz. You can check more details over at HWBOT.org site.

Of course, the CPU was cooled by LN2 and the rest of the setup included ASRock's Z170M OC Formula motherboard, 16GB of G.Skill DDR4 memory and Corsair's PSU.

While it might not bring any IPC gains compared to the 6th generation Core Skylake CPUs, the Kaby Lake can certainly like overclocking a bit better. 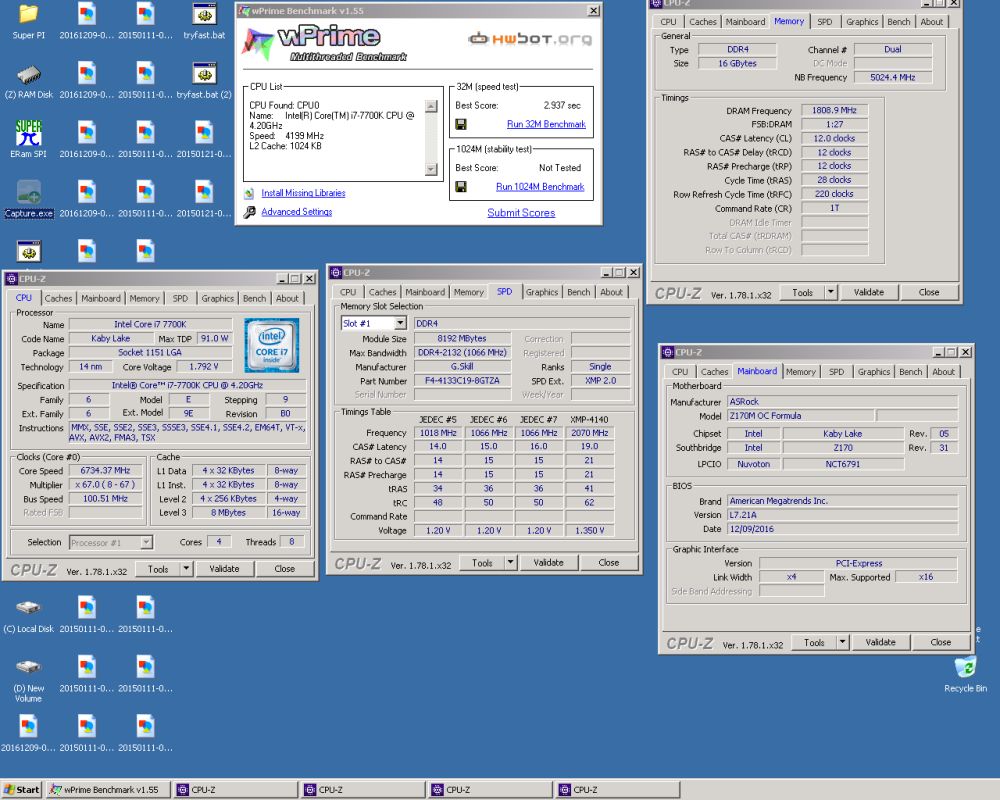 Last modified on 29 December 2016
Rate this item
(0 votes)
Tagged under
More in this category: « AMD users dividing themselves How Tesla copied AMD Zen strategy »
back to top