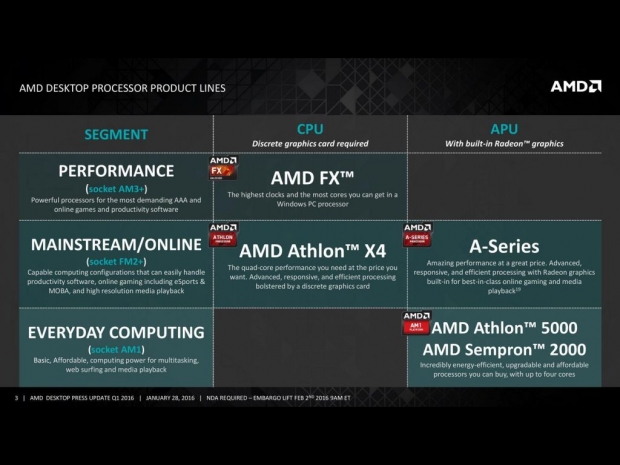 Both new APUs will be a part of AMD's "Kaveri Refresh" lineup, also known as Godavari, which are better binned parts, offering a bit higher frequency as well as lower 65W TDP. 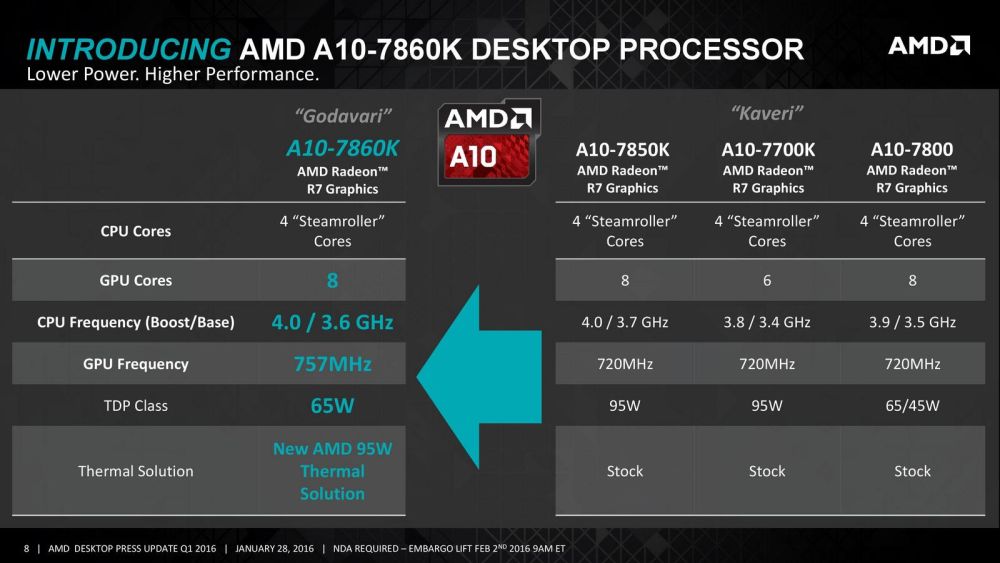 The A6-7470K on the other hand will be the only dual-core APU in the new Kaveri APU lineup and the lowest priced A-series part. It has a single Streamroller module with two CPU cores, 65W TDP, works at 3.7GHz base and 4.0GHz maximum turbo clocks, has four GPU compute units clocked at 800MHz and 256 Stream Processors.

It is also worth mentioning that both the A10-7860K and the A6-7470K will be bundled with AMD's APU cooler which uses some design details from the earlier unveiled Wraith stock cooler. There will be two versions of the new APU stock cooler, one working for 65W and one for 95W, so the A10-7860K will get the 95W version while the A6-7470K will get the 65W version. The previously unveiled Wraith CPU 125W cooler will only be available with the FX-8370 CPU for now. 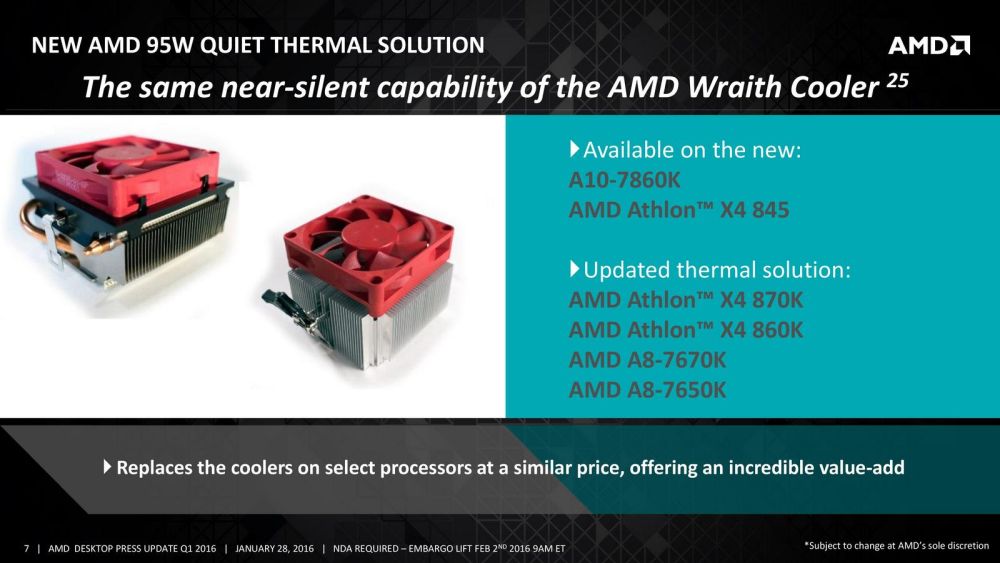 Both new APUs should be available soon, according to AMD. 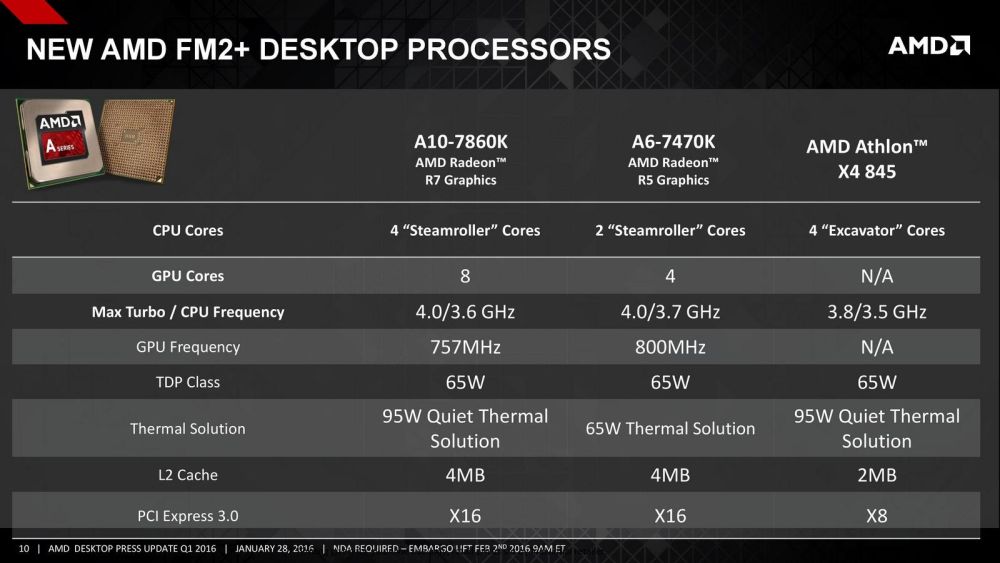