There is no doubt that AMD is changing. The company has a new CEO and Lisa Su definitely has a solid technology background that can help the creation of some great products. We were surprised to see John Byrne, Senior Vice President and new General Manager of AMD Computing & Graphics Business Unit, deliver a YouTube preview of AMD’s upcoming APU, codenamed Carrizo.

Carrizo and Carrizo-L are the new parts in AMD’s 2015 roadmap and these APUs will end up in laptops and All-in-One systems. Byrne claims that the platform is running benchmarks and that many partners are excited by this release. The flagship Carrizo processor uses a new x86 CPU core, codenamed Excavator, with next generation AMD Radeon graphics. Carrizo is world's first Heterogeneous Systems Architecture (HSA) 1.0 compliant SoC. Byrne promises better performance and better efficiency, calling Carizzo the best APU they ever developed. The silicon is running validations and benchmarks and it is right on schedule.

The runner up is called Carrizo-L. Based on Puma+ CPU cores with AMD Radeon R-Series GCN graphics, Carrizo-L is intended for mainstream configurations. Designers have added an AMD secure processor in both Carrizo and Carrizo M, enabling ARM TrustZone support across the entire family. This is what business and corporate users were missing from AMD systems in the past.

Carrizo and Carrizo-L are scheduled to ship in 1H 2015, with laptop and All-in-One systems based on the 2015 AMD Mobile APU family expected in market by mid-year 2015. 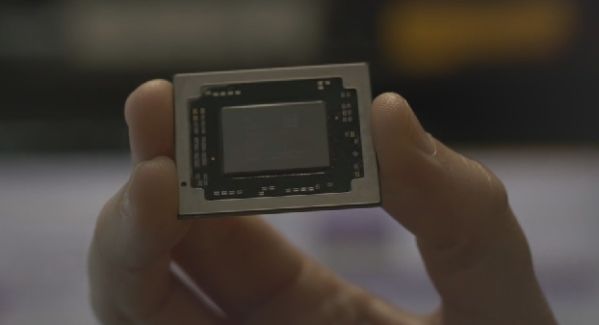 More in this category: « TSMC 16nm FinFET Plus in risk production Intel refreshes CPU roadmap »
back to top