There’s actually a market for them?

A few weeks ago we wrote about Bay Trail-D price tiers. Intel wants to use desktop Bay Trail parts in sub $249 desktops, which most people would describe as nettops.

The reference $249 platform includes a Celeron J1900 processor, while the $299 to $349 reference platform is based on a quad-core Pentium J2900. Both chips are 10W Bay Trail-D parts clocked at 2.41GHz base. In addition to Bay Trail-D parts, Intel is also offering U-series Haswell ultra low voltage chips for pricier models.

However, these are traditional Windows boxes, but Intel plans to use Bay Trail-D in Android based desktops, or All-in-Ones (AIOs). Unlike the Windows reference machines, these Android rigs feature touchscreens. In essence the Smart Display platforms can be viewed as oversized tablets.

Although the market for Android AIOs remains limited, the pricing is good and these devices might have a bright future in some niche markets. Coupled with attractive prices, they could be employed in a range of service industries as cheap alternatives to traditional desktops and even POS devices.

It is also interesting to note that Android is not the only lean OS trying to muscle in on the ever growing low-end AIO market. Last week LG announced the LG Chromebase, the world’s first AIO based on Google’s Chrome OS. 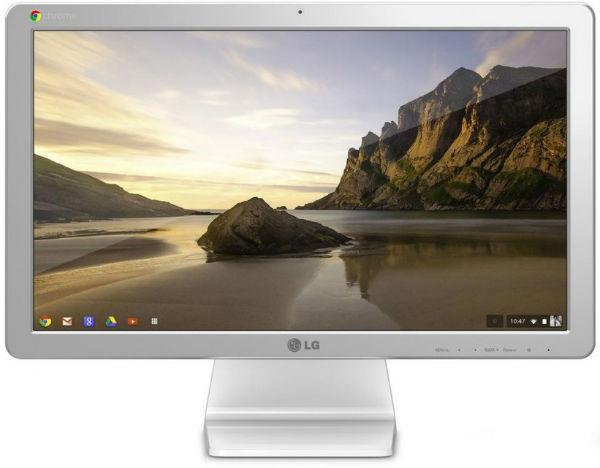 Rate this item
(0 votes)
Tagged under
More in this category: « TSMC shifts small volume of 28nm node to China Did Intel win the next Nexus 7 deal? »
back to top