Intel's latest Sandy Bridge E CPU accompanied by the X79 LGA 2011 chipset has finally been released, or to be precise, the NDA has been finally lifted and the work that reviewers around the world have been doing during past week has been published. The Core i7 3960X and the Core i7 3930K hexa-core CPUs are definitely the fastest thing that you can buy, but only for heavily multi-threaded tasks.

Early next year, Intel plans to add another model, the quad-core Core i7 3820 working at 3.6GHz and packing 10MB of cache. As the name suggests this one will have a rather limited overclocking abilities due to the limited max OC multiplier. 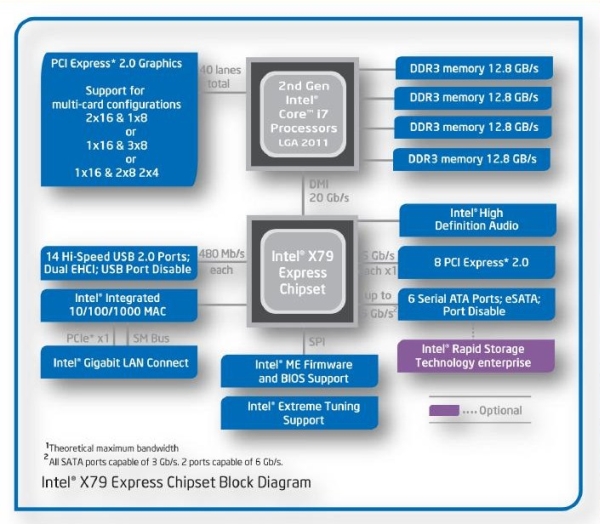 As far as the architecture goes, the new Sandy Bridge E is, pretty much, a Sandy Bridge EP Xeon part, but with two cores fused off. The 32nm die is the largest one so far and measures at 20.8x20.9mm (~435mm2) and packs 2.27 billion transistors. When compared to Sandy Bridge, it has a quad-channel memory controller and bunch of PCI-Exprees lanes (a total of 40) that are, by the way, compliant with PCI-Express 3.0 specifications. This means that you'll actually be able to use dual-GPU configuration with full x16 interface as opposed to 2x8 on the Sandy Bridge. Of course, the new Sandy Bridge E lacks the on-die GPU as well as Intel's Quick Sync. 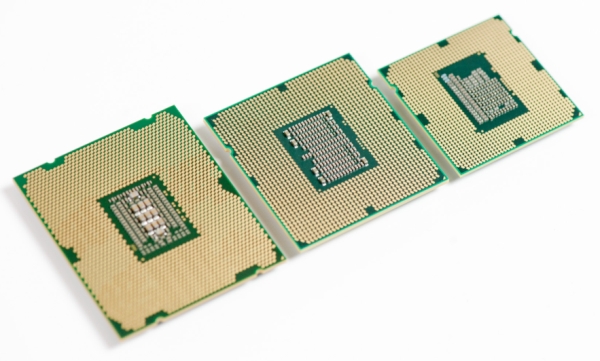 Although the CPU looks quite good, at least on paper, the new X79 chipset with LGA 2011 socket is rather underwhelming. As you already know, Intel originally planned to implement SAS support as well but due to some issues, you'll be getting the four SATA 3.0Gbps and two SATA 6.0Gbps layout, same as on the 6-series chipset. Intel also didn't include the USB 3.0 controller in the X79 so motherboard vendors will still have to stick to 3rd party solutions.

Most reviews agree on the same thing, the new Sandy Bridge E is clearly the fastest thing that you can buy and fits to "ultra high-end" segment like a glove. Unfortunately, you'll need a hell of a lot of multi-threaded tasks in order to harness all of that power. The lack of USB 3.0 and rather underwhelming SATA layout makes the X79 rather plain and it is up to motherboard vendors to make something out of it since Sandy Bridge E is an enthusiast product, you got to have an enthusiast class motherboard to go with it. As far as gamers go, it still makes sense to go for the plain Sandy Bridge platform, rather than Sandy Bridge E.