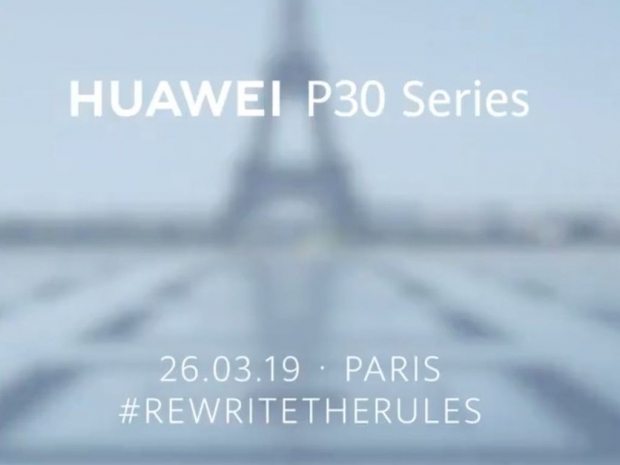 While big smartphone manufacturers are on a tight race to be the first to unveil their new flagship smartphones, it appears that Huawei decided to wait a bit and has set March 26th as the date for its upcoming P30 series unveil.

The event will be held in Paris, France, and according to the official announcement, the biggest feature will be a new zooming capability of the flagship series. Earlier rumors suggest that the P30 Pro could have a 10x hybrid zoom or even add a fourth sensor with 3D ToF. The P30 could end up with the same triple-camera setup as the Mate 20, which should be enough especially with an addition of dual-tone LED flash and laser autofocus.

Both the P30 and the P30 Pro have already been spotted on TENAA, and earlier rumors also pointed to a large OLED display, Huawei's own Kirin 980 SoC, up to 12GB of RAM, and more.

The P20 Pro and the Mate 20 still have some of the best smartphone cameras on the market so it will be interesting to see how far did Huawei manage to push the quality.

In any case, Huawei P30 series announcement might come a bit later but it will provide decent competition to the rest of the flagships coming before or at the MWC 2019 show.