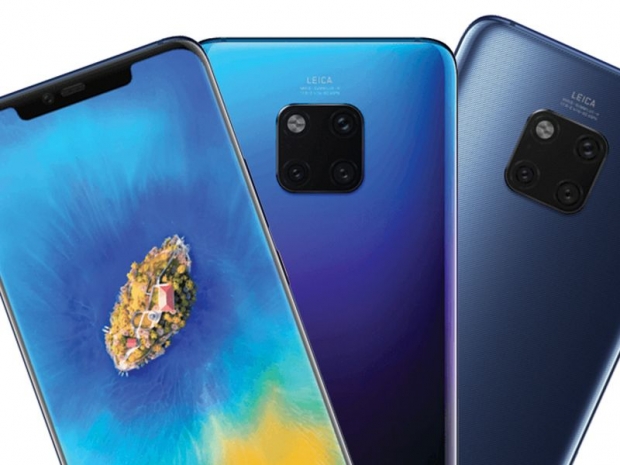 Huawei is the first company after Apple to mass produce the 7nm smartphone chip and this will be miles apart from the previous Kirin 970. The combination of Cortex-A76 and Cortex-A55 cores will do the magic.

Let's focus on two record-breaking scores, the Geekbench 4 and Antutu. In Antutu, the Huawei Mate 20 phone managed to score more than 310,000, which beats the best Snapdragon 845 phones today. According to another leak, another variant can score close to 350,000, which is about the same as Apple’s flagship smartphones. 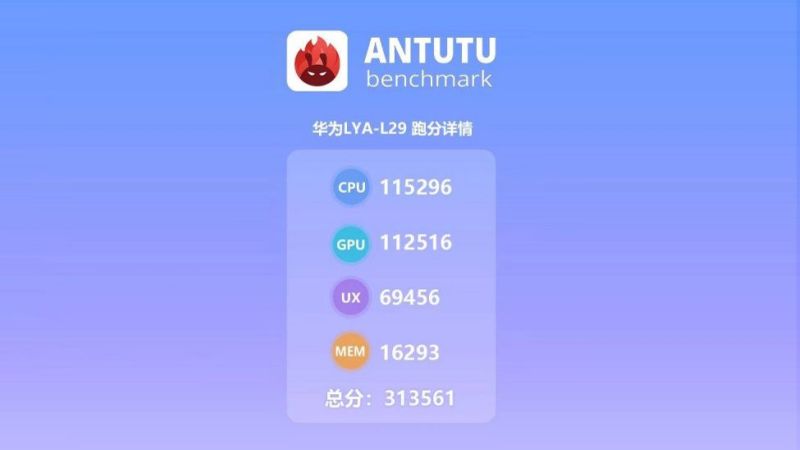 Apple is still the leader in this and many other benchmarks, due to its space commitment on the silicon side. In layman's terms, one can say that Apple has 1/4th, if not even 1/3rd, of a silicon space dedicated to CPU and GPU, compared to the Kirin or Snapdragon. The reason is rather simple, Apple still uses two chips, one is the application processor while the other is the modem.

Huawei Mate 10 from a year ago was designed around Cortex-A73 cores and ended significantly slower than the competition with Cortex-A75 cores in early 2018. It was all about the time to market you could imply, but the fact that Huawei got to the latest generation cores and managed to finish the chip and mass ship it late October/early-November is quite impressive.

This is where the speed is coming from as the Cortex-A76, according to ARM, can even compare with the Core i5-7000 generation from Intel, of course at the right TDP.  The Geekbench score shows one important trend. The single-thread performance has increased tremendously. Let's not forget the Cortex-A55 is some 50 percent better compared to the Cortex-A53 cores that were widely used as little cores in big performance SoCs. 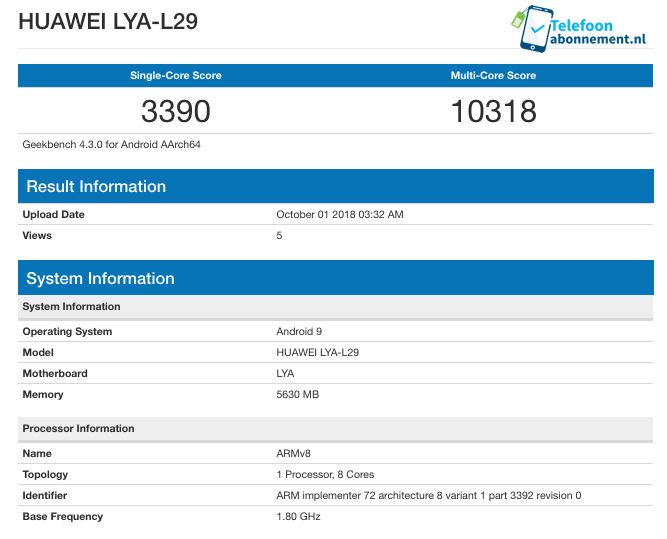 The Huawei P20 Pro, powered by Kirin 970 and older Cortex-A73 cores, scores 1899 in single-threaded benchmark while it scores 6694 in multi-core benchmark.

October 16th is the day for the truth and we will get the official scores and be able to do some comparison. From what we can say now, it all looks significantly better and the camera performance ought to be better than the flagship P20 Pro that was already doing a magnificent job.

Last modified on 15 January 2019
Rate this item
(0 votes)
Tagged under
More in this category: « Police told not to look at iPhones Huawei unveils Mate 20 and Mate 20 Pro flagship smartphones »
back to top