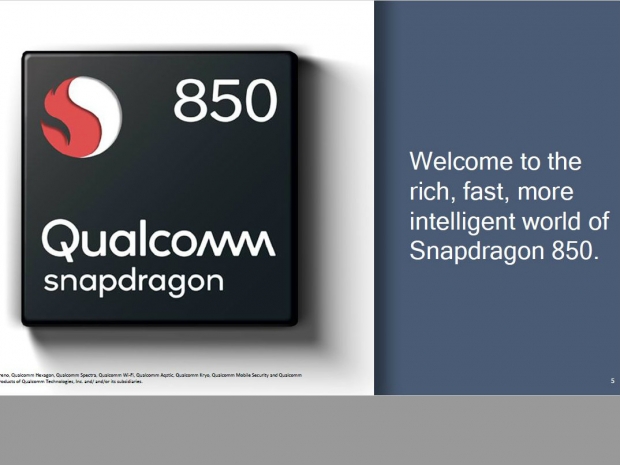 Geekbench 4 score is out

The first-generation Snapdragon 835 based devices including Asus, HP and Lenovo have been shipping for a while and the Lenovo MIIX 630 is doing rather well. Since Qualcomm announced a new Snapdragon 850, this is one of the first performance figures leaked to the public, and it looks good.

The Lenovo Snapdragon 850 based machine has been benchmarked at Geekbench under the 81JL codename and the benchmark shows that the cores can reach even 2.96GHz. This is what Qualcomm announced back in June with its introduction and we also expect to see Samsung Always Connected Snapdragon 850 PC rather soon. In any case the Snapdragon 850, a faster clocked version of Snapdragon 845 made for the always connected Snapdragon PC scores faster. The machine comes with 8GB RAM and runs Windows 10 PRO 64 bit, so this is definitely a competing device.

The first generation always connected Snapdragon PC with Asus NovaGo 370QL that we tested here scores 1802 in single core benchmark while it scores 6475 in multi core. 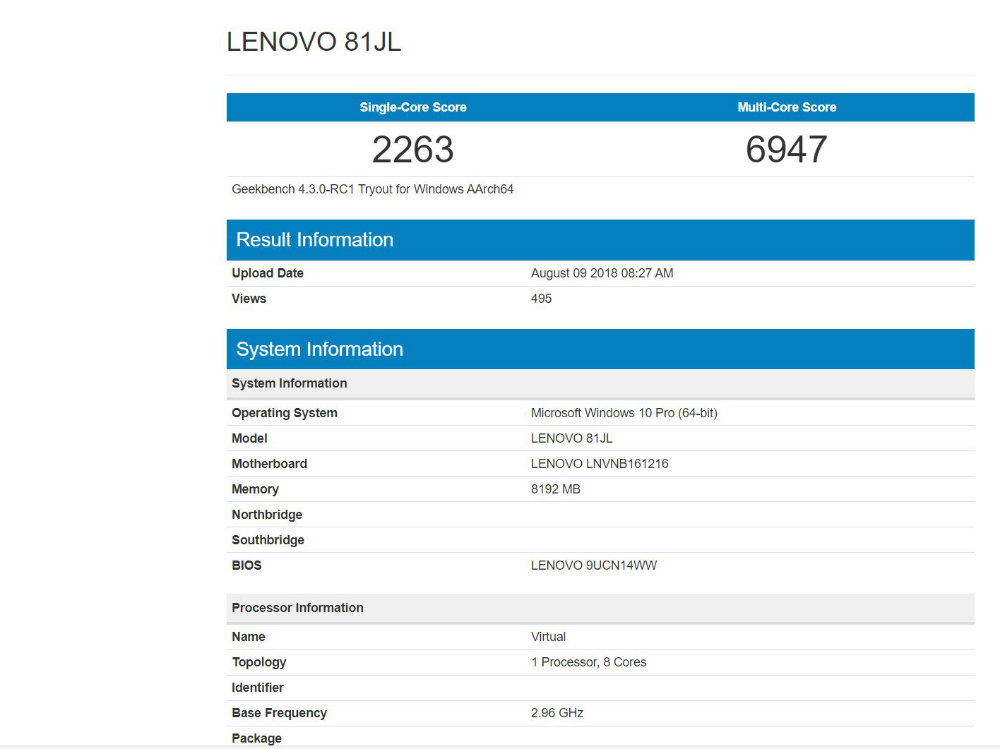 The new Lenovo Snapdragon 850 machine in single core scores 2263 and in multi core 6947, so a hairbreadth away from the 7K score. According to the benchmark there is a seven percent difference in multi core score while the difference jumps to a healthier 25 percent in multi score.

Bear in mind that Snapdragon 850 has a bigger and better GPU and that some performance in the end effect will come from that side too. 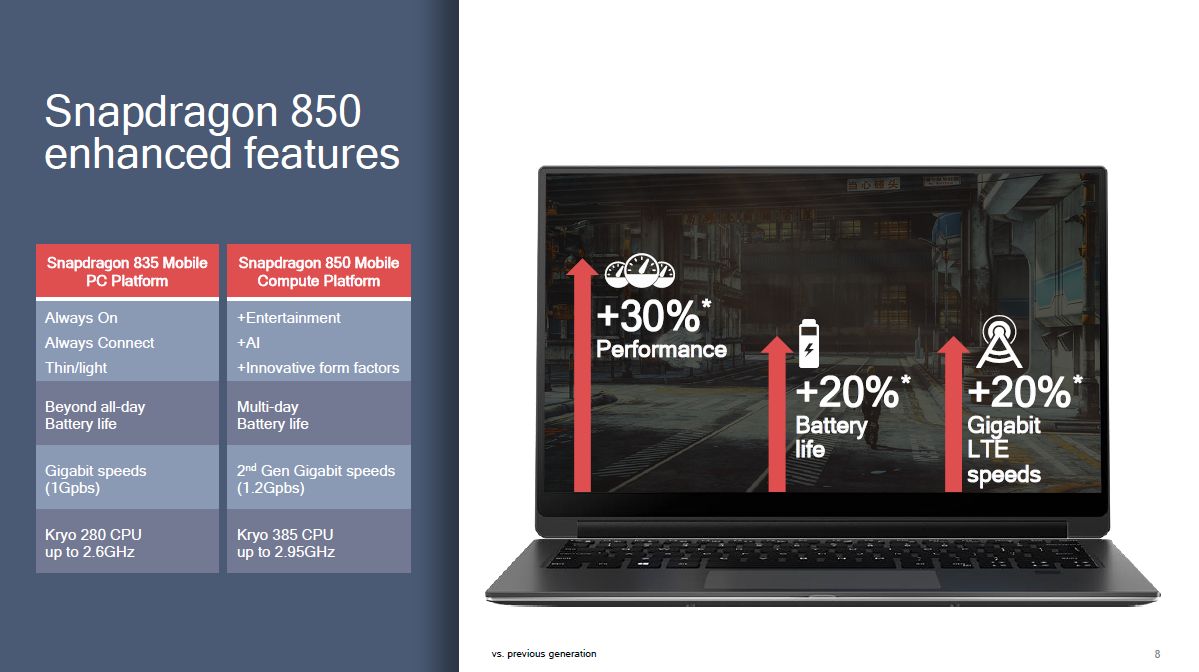 Lenovo and a few others, most likely Asus and HP,  are expected to announce refreshed Snapdragon 850 PCs before the end of the year. Rumors have it that some might be announced at the IFA Berlin tradeshow that starts on August 31st, but we will have to wait and see.

The third generation always connected PC and the Snapdragon for it are expected in early 2019 with much more performance punch.

Last modified on 23 August 2018
Rate this item
(0 votes)
Tagged under
More in this category: « Xiaomi wants to expand in a Poco way OnePlus 5 and 5T go Treble »
back to top