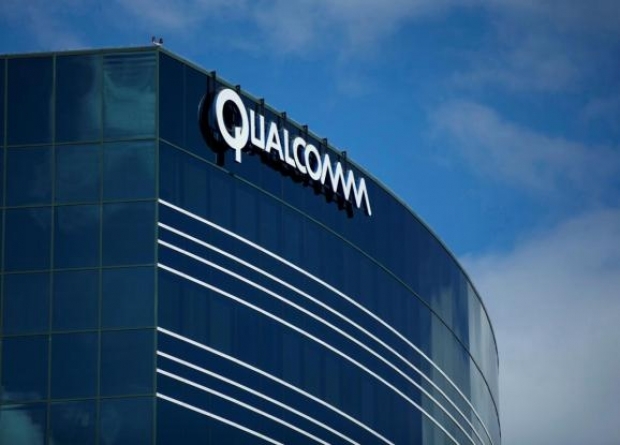 Will repurchase $30 billion in stocks

Due to the China regulatory agency's standstill in regulatory approval, Qualcomm has decided to terminate the NXP $44 billion acquisition deal and pay the $2 billion breakup fee.

Fudzilla  reported this yesterday, but this is now official. What can be described as a victim of the US/China trade wars ended up with severe consequence to both Qualcomm and especially Holland based NXP. The US/China trade war managed to heavily affect the EU company and while the Trump administration saved Qualcomm from a Broadcom takeover, it also hurt it with the NXP break up $2 billion bill.

It is not surprising that the innocent get punished for the sins of its politicians, but from where we stand, NXP got the toughest end of the deal here.

NXP incorporated in Qualcomm would have a great growth opportunity in the future while Qualcomm continued to grown in some key markets including automotive on its own, just in case the deal didn't come to pass. If you look at this decision, it looks like a great one today.

Qualcomm is pointing to a significant grown in IoT, Automotive, RFFE, Advance compute market and Networks.

Qualcomm made $1 billion in fiscal 2017 from IoT and managed to attract 900 partners as well as 25 global distributors in its solutions. 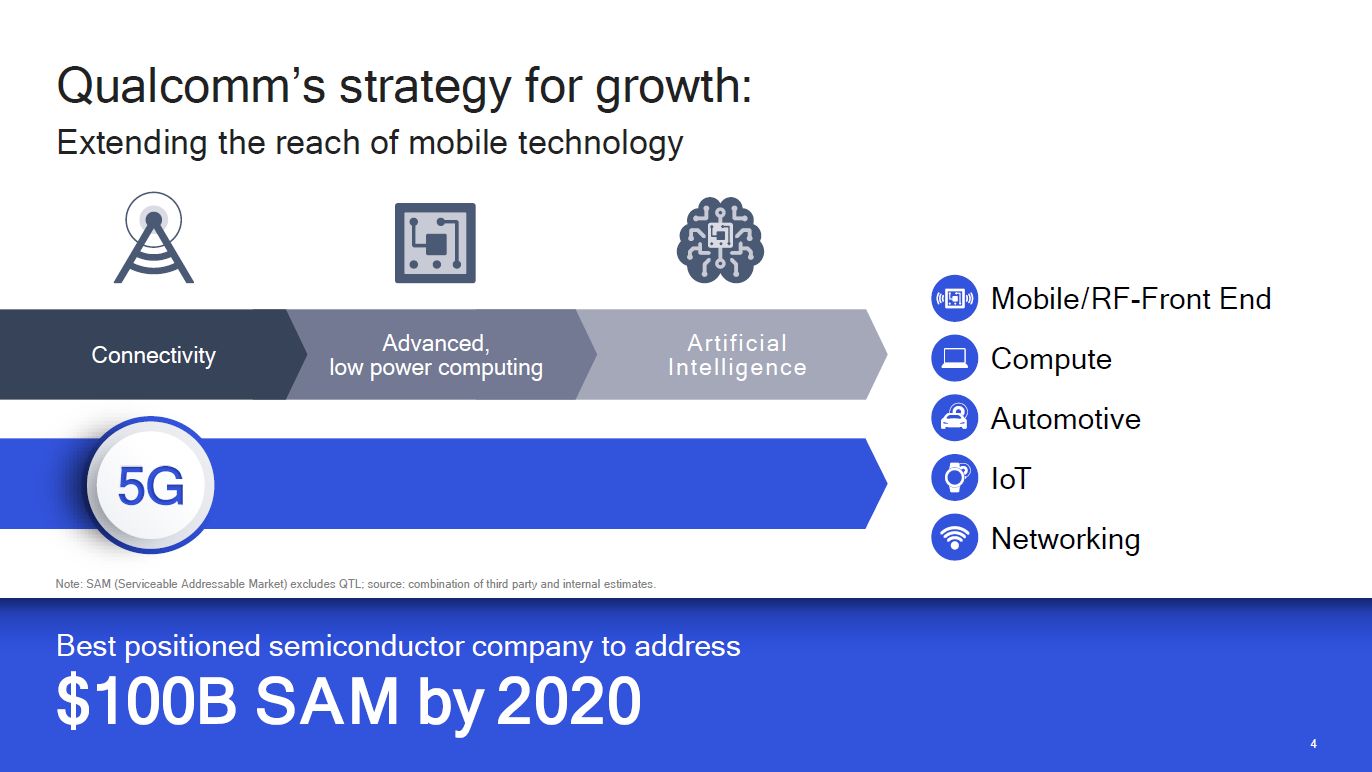 Automotive and connected car is a big play for Qualcomm as there is a need for connectivity and advanced intelligence. As of July 2018, the backlog of awarded design wins was $5 billion up from $3 billion in January 2018.

RFEE will contribute with contracts value of $2 billion with leading OEMs: Lenovo, OPPO, Vivo and Xiaomi. There are plenty of design wins with top tier smartphone manufacturers and bear in mind that solving FFEE puzzle in the 5G will be even more challenging and complex than it is today. This is a great opportunity for the company.

Snapdragon 835 always connected PC managed to excite Asus, HP and Lenovo in the first wave and Samsung has confirmed its interest in the Snapdragon 850, launching commercially rather soon.

Network solutions including dominance in Mesh Wi-Fi, Home and Enterprise Wireless Networks are a great growth opportunity and having a 802.11 ax products baked will help future growth in this segment.

Steve Mollenkopf, Chief Executive Officer, Qualcomm Incorporated said: “Our core strategy of driving Qualcomm technologies into higher growth industries remains unchanged. We will continue to focus on our strong momentum in these growth industries with projected revenues of approximately $5 billion for fiscal year 2018, up greater than 70 percent from fiscal year 2016. We believe our technology leadership and disciplined execution will drive significant value creation for our stockholders.”