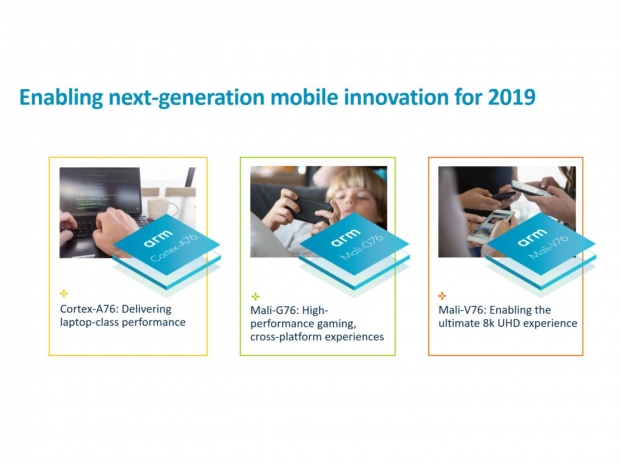 The company introduced the Mali G76 for  people who like using stock graphics - read Huawei and occasionally MediaTek.

Mali G76 has three execution engines per shader cores as well as dual texture mapper. The cores are configurable to customers’ needs from four to twenty shader cores. Of course, in this case, the more the merrier but ARM customers need to pay close attention to how much space on the SoC they occupy as well as on GPU consumption. There are configurable two or four slices of cache.

The last piece of the announcement was the Mali V76 video processing unit that replaces the Mali V61. This unit will target 8K existing scenarios and, it's claimed, will enable easier consuming and sharing UKD videos. This processor will help with bi directional streaming of multiple high-quality videos and high resolution AR and VR. 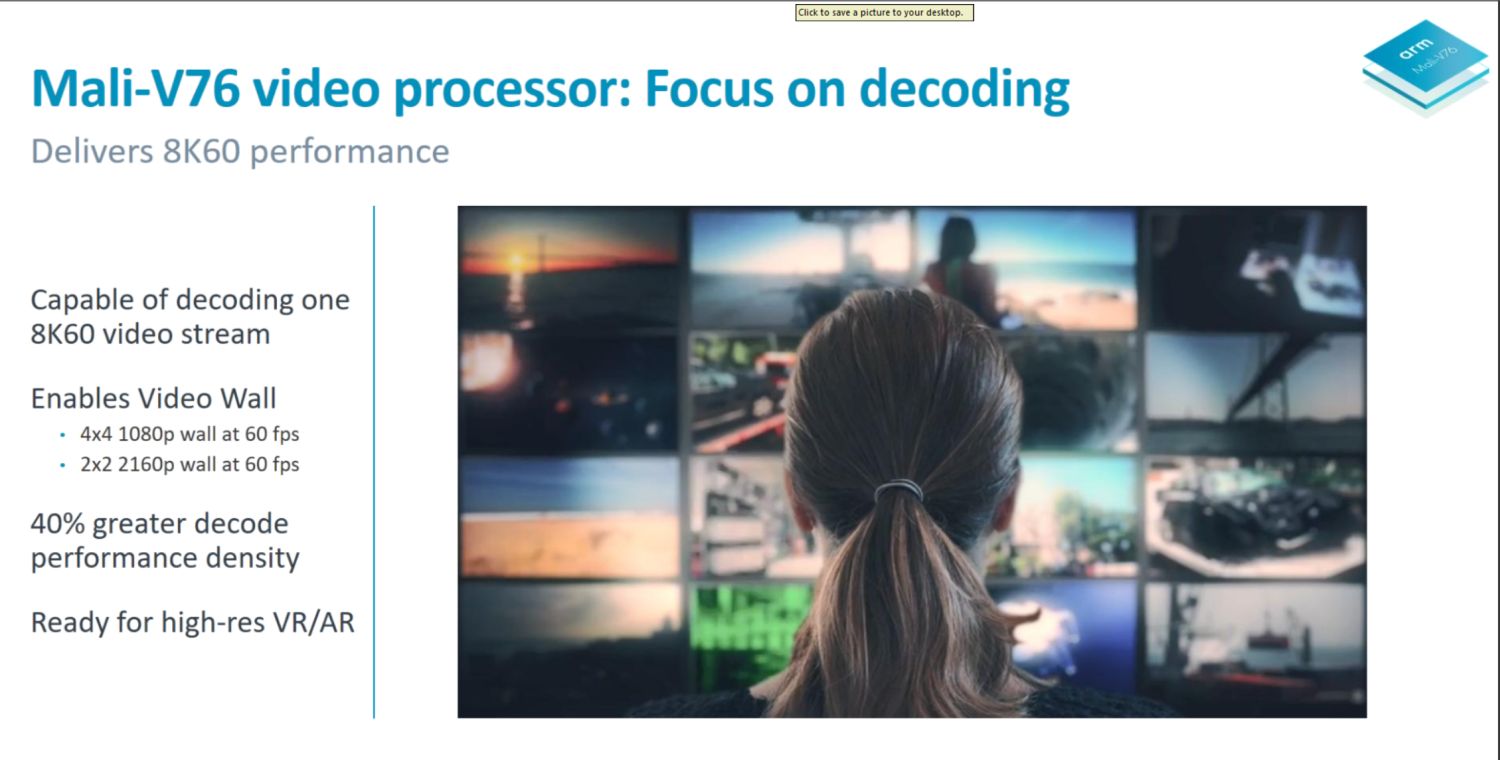 The chip has 40 percent greater decode performance density compared to V61 and is is ready for high-resolution VR and AR.

Both GPU and Video processor are likely to show up in 2019 with consumer devices and the API is already finished and delivered to existing customers.

ARM just got back to us confirming that the Mali V76 video processor is targeting customers designing smartphones, Smart TVs and Set top box/streaming devices.  2019 looks like the year when 8K could become possible, even in your pocket or on  TV.

Last modified on 31 May 2018
Rate this item
(0 votes)
Tagged under
More in this category: « ARM announces Cortex A76 for 7nm Dell working on dual screen device »
back to top