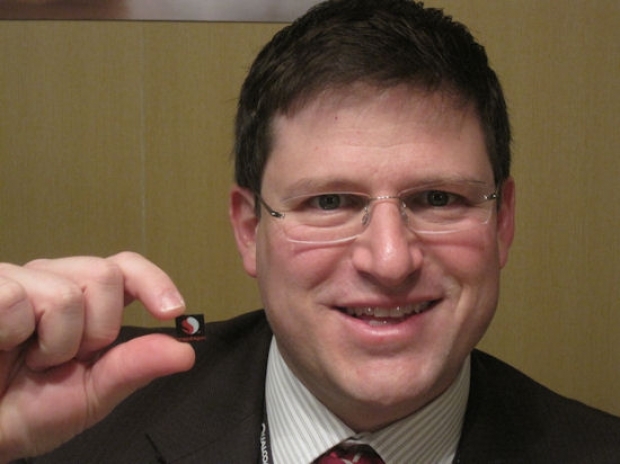 Remains the president of QCT

Two months ago, Fudzilla had a chance to interview Cristiano R. Amon a president of QCT and Alex Katouzian the SVP and general manager of the mobile business unit at Qualcomm. As of January 4th, Cristiano has been promoted to be the president of Qualcomm and continues its role of president of QCT.

Cristiano is the right man for the job as he has the engineering and managerial skills necessary to play a much bigger role at Qualcomm. Cristiano will replace Derek Aberlee as it was announced that he will leave the company on the last day of this year.

Fudzilla talked about all these subjects with Cristiano and we have more to publish about it but Qualcomm has a robust mobile, IoT, automotive, edge computing and especially the networking roadmap, all leading in the way of GigabitLTE and later 5G dominance.

Cristiano managed QCT’s product roadmap since 2008, and under his guidance the Snapdragon SoC and brand has risen to 100s of millions SoCs shipped in all segments of the mobile phones each year. The work of Cristiano and his close associate and thousands of other people at Qualcomm led to the recent announcement of the Snapdragon 845 SoC that will dominate smartphones in 2018.

Cristiano will report directly to Steve Mollenkopf, Chief Executive Officer of Qualcomm Incorporated. He will now have to deal with the QTL (Qualcomm Technology Licensing) side of the business as well as his bellowed QCT.

Since Fudzilla readers really care about products, his job at QCT might be inherited by the very skilled and engineering driven Alex Katouzian.The company built  momentum for him at the Snapdragon technology summit and of course, now it all makes sense. Qualcomm sent a note that Cristiano continues to leader the QCT and that there are no changes there.

So 2018 will bring new leadership as well as faster phones, better battery life, faster stand-alone modems, a step closer to 5G as well as a more robust IoT roadmap full of audio, network and automotive innovations. We expect to see the finalization of the NXT acquisition and potentially even a settlement with Apple in the course of the year, but let's wait and see how this is going to play out.

Cristiano is a great guy to explain to the board, investors and the rest of the world why the unecessary Broadcom acqusition would be a bad thing too.

Last modified on 27 December 2017
Rate this item
(0 votes)
Tagged under
More in this category: « Xiaomi Mi A1 could get fast charging with Oreo Snapdragon 670 shaping up »
back to top