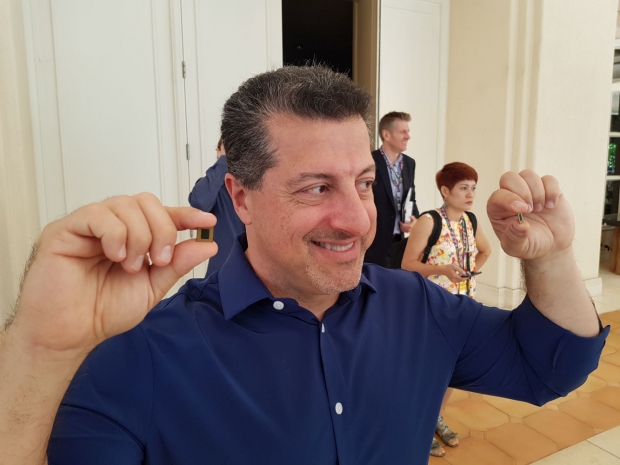 From the horse's mouth

We know that Qualcomm has officially released the Snapdragon 845 but our key question is how the company managed to get a 30 percent performance increase using the same manufacturing process.

OK, we do know that this is the second generation 10nm process from Samsung that definitely had some smaller impact on the SoC performance. Samsung calls this manufacturing process 10LPP (Low Power Plus) and Qualcomm executives confirmed that this created a minor improvement on general SoC performance.

Alex Katouzian, SVP at Qualcomm, confirmed to Fudzilla that the 30 percent performance increase comes mostly from the new architecture. Tim Leland, the VP that runs Adreno graphics for Qualcomm, also confirmed that the Adreno 630 was designed from the ground up and this is how it managed to save as much as 30 percent of power with 30 percent higher performance. 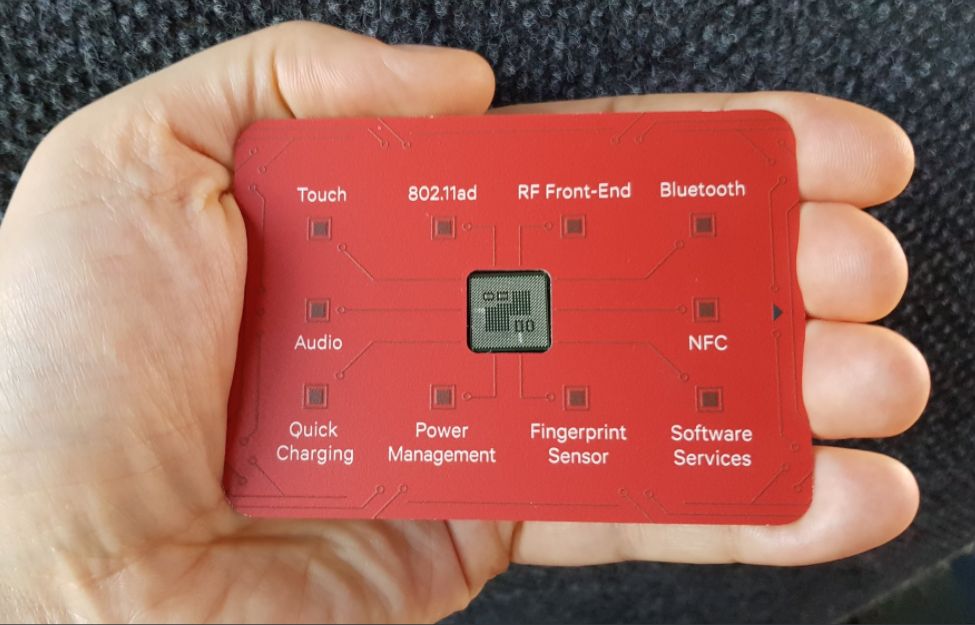 The CPU performance grows from the combination of the improved Cortex A75 / Cortex A55 cores and the shared L3 cache memory. From the early days of CPUs and GPUs, Level 3 shared cache was a great way to save a lot of performance and energy. Cortex A55 like designs of smaller cores got us excited when they were announced. Back at Computex 2017, we had a chance to chat with the then President of ARM, Rene Haas, and got a clear answer thatn Cortex A55 can score 50 percent faster than its A53 predecessor, simply as this was because of popular demand by customers. You can run so many workloads on a smaller core and save a lot of energy. This results in a  direct performance increase as well as better battery life of the overall SoC.

Transferring data from  fast Cortex A75 cores to power optimized Kryo 385 (Cortex A55) is expensive, and it costs you a lot in terms of  power and performance. With L3 cache, this process gets more acceptable and you can save significant data in the L3 - and save the SoC from expensive memory writes.

Qualcomm calls the Snapdragon 845 CPU component the Kryo 385 as it made changes to the pipeline and the Cortex A75 core itself. This is the only way to stay ahead of the competition without needing to design the CPU core from the ground up. 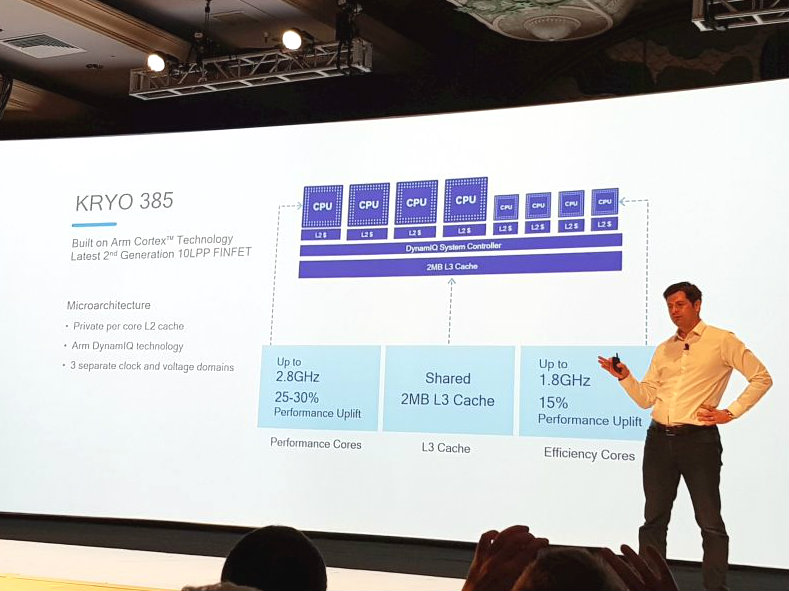 Adreno 630 is also up to 30 percent faster with 30 percent less power consumption that will give better gaming performance as well as supporting the newer VR, AR and XR.  technologies.

Well this is all Qualcomm. It's always a better choice than licensing widely available and reliable graphics like Mali from ARM or PowerVR from Imagination Technologies. At the same time, developing the GPU from the ground up takes a lot of software and hardware skills and it is expensive, but with a great team it gets you to the best possible final score.