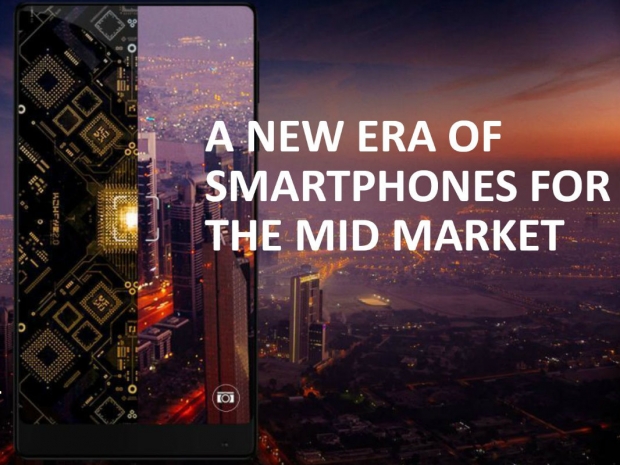 Back to its Mid-market roots

MediaTek has just announced its latest addition to the Helio family with two new octa core Helio P23 and P30 CPUs, both at 16nm from TSMC.

MediaTek has made its name with eight core CPUs that had the right balance of price and performance and started a new wave of affordable mainstream phones that offered a lot of performance in the $150-$250 market. The company is targeting customers with affordable devices with the latest features and performance at a price point everyone can afford. This was in MediaTek’s DNA all along.

Helio P23 and P30 both come with eight ARM Cortex A53 cores operating at 2.3GHz. MediaTek remains loyal to the very successful Cortex A53. ARM has  announced its Cortex A55 successor, but we don't expect to see any A55 based SoCs anytime soon. ARM announced the Cortex A55 back in late May 2017 but the actual designs follow a year after. Until then, the Cortex A53 will continue to dominate the mainstream/performance market.

The main difference from the recently launched Helio P20 is the GPU. The Helio P23 and P30 use the G71 MP2 while the Helio P20 uses the Mali 880 MP2. There is enough space for all three Helio P series products in the market, there is absolutely no doubt about that.

There are some innovations on the LTE part of the SoC. The P23 delivers the world’s first +4G DSDS (Dual SIM Dual Standby) with Dual VoLTE/ViLTE support. Many probably do know that VoLTE stands for Voice over LTE and ViLTE stands for Video over LTE. Helio P23 has the 4G LTE World modem powered with TAS 2.0 smart antenna technology. Dual SIM is a very popular option for most China-based manufacturers and is used by many customers, mainly in China and India.

The TAS 2.0 smart antenna includes tunable antennas that will help customers to use one physical antenna and use two different directions of antenna. This will help when you hold the phone in portrait or landscape mode. Turning the phone changes the performance of the antenna - that is now increased by TAS 2.0. and so you should expect better data rate, a reduced antenna power and an increase of the voice quality.

The world modem supports CDMA and GSM/LTE standards in all parts of the world including USA, Europe, China and South America. It is safe to say that it supports other non-listed continents and territories.

Helio P30 is a different chip

We asked Finbarr Moynihan, general manager for international corporate sales, if the Helio P30 and P23 are the same chip and got a clear "no".

The Helio P30 has a few new features, especially the Tensilica 500 MHz DSP core, as well as a few camera unique features. Expect an enhanced processing speed too.

When asked about the cost, we got a range of prices. Of course, it will be up to MediaTek customers to design the phones, add the features and finalize the pricing. You can expect to see Helio P23 and P30 based phones ranging from $150 to $500.

The Helio P23 phones are expected to launch in Asia before the end of the year followed by a launch in Europe in early 2018 and a bit later in the USA. We were  reminded that the USA has a very strict qualification procedure and it simply takes more time to bring the phones to operators, compared to some other markets.

New Premium is where MediaTek sees growth and innovation with a projected five billion people entering the mid-market by 2030. This is where the Helio P series fits.

Interestingly enough, yours truly had a conversation with a few MediaTek mobile phone executives implying that MediaTek should spend more time concentrating on a very successful Helio P series.

The conversation included Yen-Chi Lee Sr. Director, Product Management & Marketing, and Jeffry Ju, an EVP and Co-COO and the head of the mobile business and we stated repeatedly over the last few quarters that Helio P is the real deal. Apparently, they agreed with us and the focus on the Helio P23 and P30 is the proof.

Last modified on 29 August 2017
Rate this item
(0 votes)
Tagged under
More in this category: « Xiaomi announces new product launch for September 5 Palm smartphone is coming »
back to top