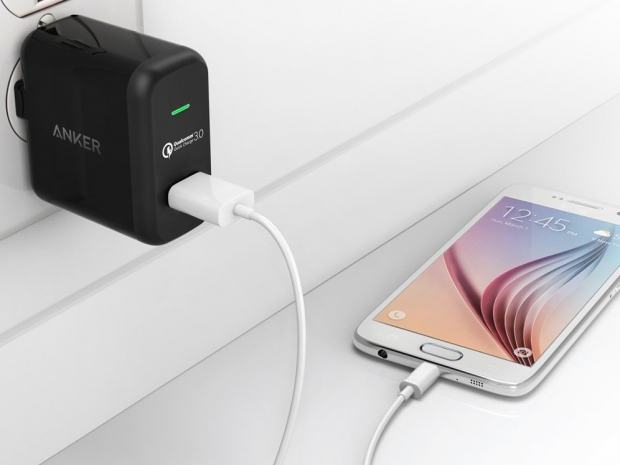 Everyone must use the same cables

Earlier last week, we wrote that 28W fast-charging has made its rounds into the smartphone market with companies such as Qualcomm and Huawei preparing new USB-C charging accessories to charge devices between 55 and 70 percent in under 30 minutes.

Now, Google is telling the entire Android ecosystem of manufacturers that it does not want anyone to be using so-called “fast charging” technology on any Android devices, according to the latest Android Compatibility Definition document posted to its site. This includes proprietary technologies such as Qualcomm’s Quick Charge, which is already used on a handful of devices, and OnePlus Dash Charge. The reasoning is that these and similar methods require licensing a piece of hardware onto the device or charging cable, which makes them incompatible with USB-C equipped desktops and notebooks using the USB Power Delivery standard developed by USB-IF.

Under the “USB Peripheral Mode” section, the paper says that USB Type-C devices are strongly recommended not to support “proprietary charging methods that modify Vbus voltage beyond default levels or alter sink/source roles” as this can cause operational issues with devices supporting standard USB Power Delivery methods.

Not every chipset compatible with the same voltages

There are currently a few proprietary charging standards that operate using varying voltage levels, and this is the kind of situation the company wants to avoid as the Android platform moves ahead. With different manufacturers allowing devices to be charged at varying voltages with different USB-C cable modifications and wire gauges, there is no way to guarantee that a given SoC will be able to handle a USB-C charger that was not made specifically for the device.

Many Qualcomm Quick Charge 2.0 and 3.0 capable devices from ASUS, HP, HTC, LeEco, LG, Xaiomi and others use an approach called INOV (Intelligent Negotiation for Optimum Voltage) that adjusts voltage between 3.2V and 20V in 200mV increments, drawing less current as the battery charges up. On the other hand, OnePlus Dash Charge features voltage and current regulating circuitry inside the charger, which pulls heat away from the phone’s CPU and GPU and results in less performance throttling while charging.

Currently, the USB Power Delivery standard already supports fast-charging, and this is used in Google’s own Pixel and Pixel XL. While the Nexus 6 supports Quick Charge 2.0, it appears the company has moved away from the technology and now suggests using the more unified USB-PD standard as it can ensure a more utopian vision where all Android device owners, PC owners and notebook owners are charging using the same cables within the same voltage specifications on the same standard interface.