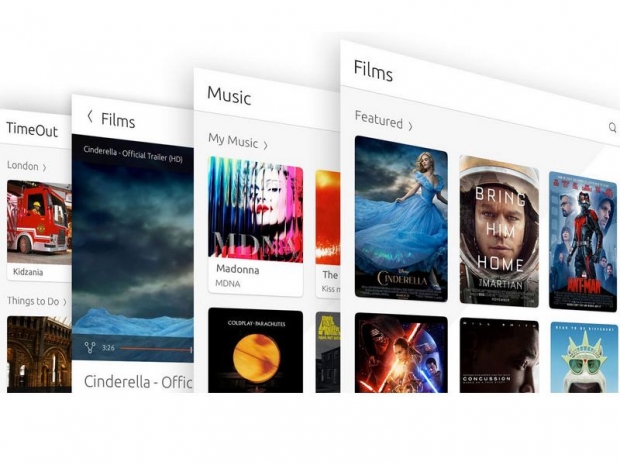 The Meizu PRO 5, which already had powerful hardware including the Samsung Exynos 7420 octa-core processor, now comes in what is being billed as the fastest Ubuntu flavour.

This will be joyful news for many Linux lovers. Instead of the standard Android coating it will be full of open saucy native Ubuntu goodness. The official launch of the phone will take place next week at the Mobile World Congress in Barcelona, but Ubuntu's official website is keen to share the news with the world.

The Meizu PRO 5 is a 5.7 inch phone with a 1920×1080 screen coated with Corning Gorilla Glass 3. It has a crystal clear AMOLED display, Samsung Exynos 7420 Octa-core processor and fingerprint scanner. There is 3GB RAM and 32GB storage or 4GB RAM and 64 GB storage and a popular micro SD card support. It supports two SIM cards or a single sim and a micro SD card. Yes, we do know that this was the fastest SoC of 2015, but it is still one of the fasest solutions out theret.

“Our partnership with Meizu continues to result in the creation of beautifully designed hardware that perfectly complements the Ubuntu user experience. Users are always at the heart of our work together –something that brings an intuitive and rewarding experience to consumers everywhere.”

“Having successfully launched our first device together in 2015, this new innovation demonstrates our close partnership, and continued desire to develop the most innovative and interesting mobile experiences for consumers all over the world. We have some interesting plans and so we’re looking forward to further deepening our partnership with Canonical in the future.”

The focus is on the software side as Ubuntu has its own way to let you search the internet, waste your time on Facebook or Twitter, listen to your music and watch video. The largest problem we can see with this phone is the lack or apps. This is the same issue we had when testing a Windows phone operating system based devices.

Last modified on 18 February 2016
Rate this item
(5 votes)
Tagged under
More in this category: « Trump rips into Apple Apple already made cops an iOS backdoor »
back to top