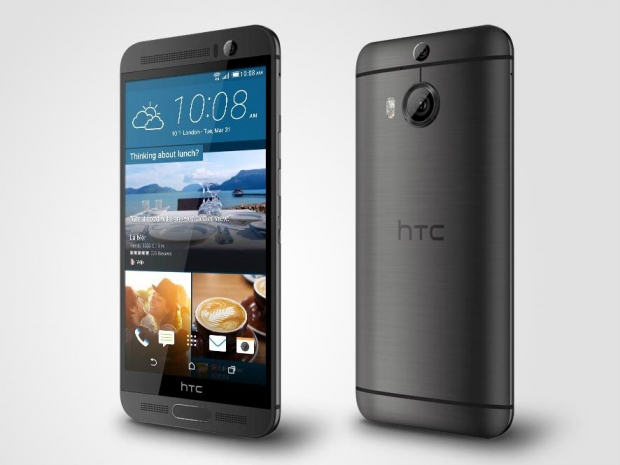 HTC has finally decided to bring some of its MediaTek powered phones to Europe.

The first of many to come is the HTC One M9+, and this phone has a few nice features that are even topping the company's flagship HTC M9 phone.

Let's start with the obvious ones; it has a 5.2-inch screen with 2560x1440 resolution, which is significantly better than the 1920x1080 that you get with HTC One M9. The screen uses a 24-bit Super LCD3 capacitive touchscreen. The second major difference is MediaTek MT6795T processor that is branded as Helio X10. It packs eight Cortex-A53 cores clocked at 2.2GHz. The same SoC comes with PowerVR 6200 GPU that is definitely not winning against Adreno 420. The HTC One M9+ comes with a 3GB RAM and 32GB storage as well as microSD slot.

The main camera has an additional 2.1 megapixel camera that can help the phone make better photos and change the focus on some pictures. This is not a bad thing to have.

One other thing that was not present on the HTC One M9 is the fingerprint sensor that you can use to unlock your phone.

The phone will be available in many markets across Europe including UK, German, the whole DACH area and a few other major markets. It will launch in gunmetal grey and HTC is still not comfortable sharing the retail price.

The phone marks the end of an era, an era of total domination of Qualcomm's Snapdragon processors in HTC devices. We heard that many higher end brand companies are embracing MediaTek processors as a good alternative to Qualcomm. The company offers Cat 4 LTE and decent performance with its SoCs and every market tends to be better with a bit of competition.

Last modified on 17 July 2015
Rate this item
(2 votes)
Tagged under
More in this category: « Samsung A8 is the thinnest big brand phone to date Bigger Galaxy S6 Edge Plus coming »
back to top