Needs a bunch of tweaks

Samsung’s Galaxy Gear smartwatch was a complete failure and our sources have confirmed us that Samsung and practically every e-tailer/retailer that was carrying this device lost money on it.

The new Galaxy Gear 2 has better battery life and there’s a new device for fitness buffs called Gear Fit. The big hope is that Samsung can do better than with the original Gear. Naturally both devices are better than first generation wearables, but over the past few days we have read a number of unfavourable reviews of the Samsung Gear Fit. 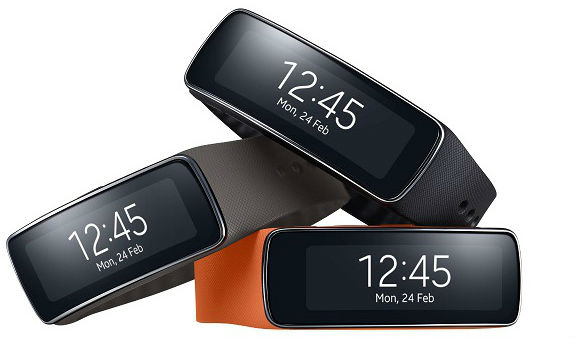 To name a few shortcomings pointed out by reviewers, Samsung failed to deliver a vertical UI mode on the curved display, although it is in the process of adding it via an update. The display is not too accurate, not as responsive as you would want it and the battery needs to charged ever second day. The hybrid smartwatch-wristband does not run Tizen or Android, it has a proprietary OS with a smaller footprint.

The fitness tracker needs to be turned on and it doesn’t work instantly as Fitbit does, which is definitely a disadvantage. Even the Qualcomm Toq tracks your activity all the time. The device needs an awkward USB-based charger, so you can’t use a standard micro USB charger. Galaxy Fit does not display the time when it’s idling. Many reviewers didn’t like the default icons, either. Some have complained about inaccurate readings and inaccurate heart rates, which tended to be lower than those measured with proper heart rate monitors.

2014 is the year of smartwatches and wearables. We are sure that there will many software and hardware based solutions to continue this revolution. Anyway you can check out the Gear Fit in action after the break.