Lenovo K900 phone makes an appearance, we go hands on

We had a chance to spend some time with Intel at Cebit and we had an opportunity to touch and feel the Lenovo K900, a 5.5-inch phone powered by Intel’s dual-core Atom Z2580.

The phone should be available in Q2 2013 in China and Intel told us that some companies are expected to make their announcements in the same period in the Europe. If one would like to make an educated guess, it would be easy to conclude that the Motorola Razr I will get a successor, but this is not something that Intel wanted to discuss. It is up to partners to announce their products.

K900 ships with Android 4.2.1, which was a pleasant surprise as most manufacturers are still stuck with Android 4.1 even at launch. Intel has a graphics core upgraded with 533MHz dual-core SGX 544MP2 graphics, with OpenGL ES 2.0 and open VG 1.1 support. Intel XMM6360 is a HSDPA+ 3G modem with support for speeds of up to 42.2 Mbits. The camera is a 13-megapixel affair, while the front facing camera has a 2-megapixel sensor.

The display on this rather tall but thin phone measures 5.5 inches and it supports full HD 1920x1080 resolution. The phone measures 157x78x6.95 mm and looks quite sleek. We spent quite a bit of time with the phone running Lenovo’s custom Android skin and it looked like a decent performer, but nothing out of the ordinary.

We liked the silver metal aluminium finish on the phone and the quality feel, but we should spend more time testing the Atom Z2580 to see how it actually performance against Qualcomm's Snapdragon 600, Tegra 4 and whatever Samsung has in mind for the Galaxy S4. 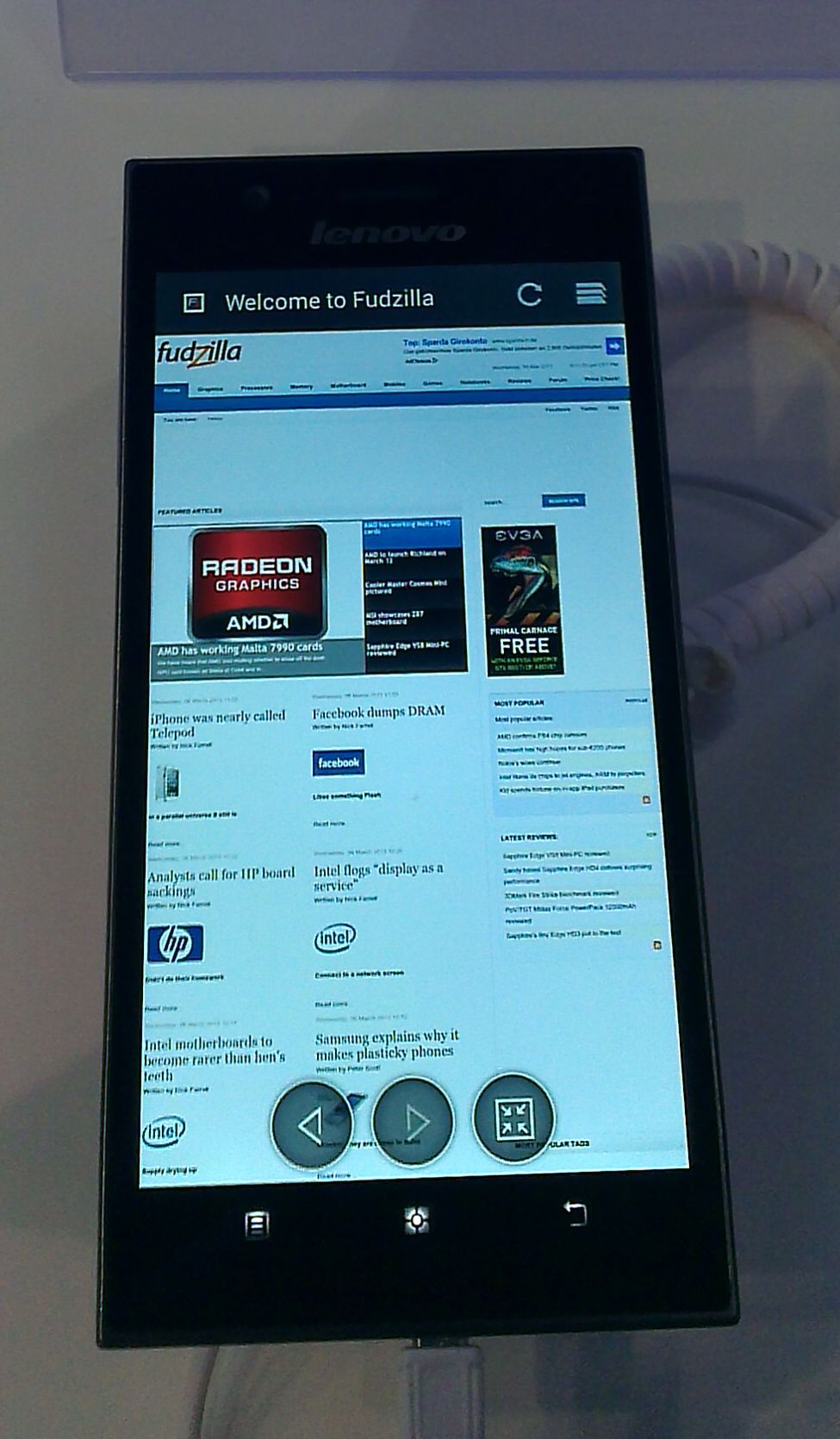