HTC One X+ gets an update


We were surprised to see an indication that our HTC X+ test sample just got a new update. The update is 27.78MB in size, it took a while to download and it will bring your phone to software version 1.17.401.1, at least if you are based somewhere in Europe.

The update contains important enhancements and bug fixes and at least five of them were named by HTC. You can expect improvements in scrolling performance, not that we noticed that it needed any enhancements to begin with. Some Wi-Fi connection issues, Car mode Music player bug and Twitter inaccessible download photo bugs are now fixed.

Under Map View in photos, a bug that could sometimes crash the app is fixed, among other bugs. We did the update and we checked the setting screen. The phone is still at Android 4.1.1 and Sense 4+, but the software version wet to 1.17.401.1.

We will check if something significant changed, but this looks like a minor update, rather than a significant overhaul. HTC already told us to hope for the Android 4.2 update in 2013. 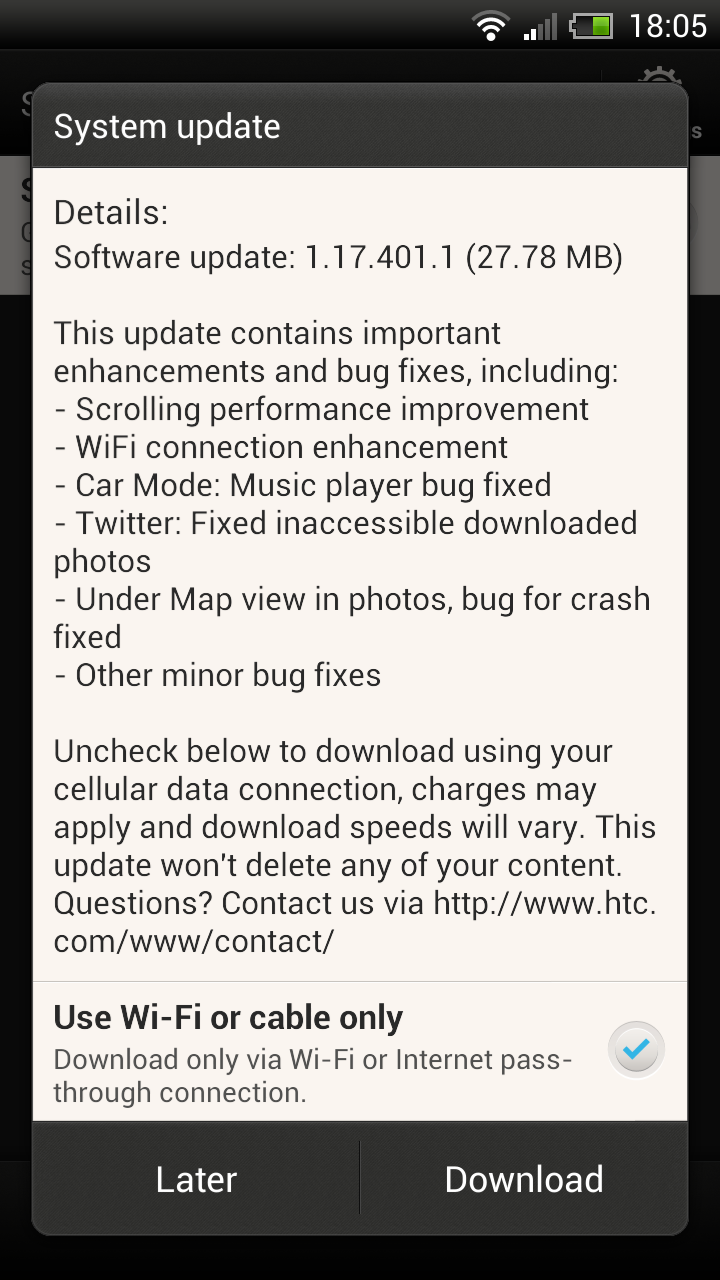 Last modified on 17 December 2012
Rate this item
(0 votes)
Tagged under
More in this category: « HTC ditches large-screen Windows Phone plans Is Apple telling the truth about China success? »
back to top