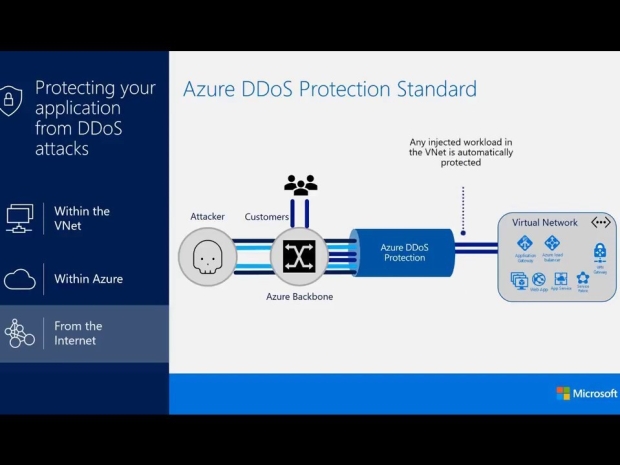 Largest in the world

Microsoft said its Azure cloud service mitigated a 2.4 terabytes per second (Tbps) distributed denial of service attack this year, at the end of August, representing the largest DDoS attack recorded to date.

Azure Networking Senior Programme Manager Amir Dahan said the attack was carried out using a botnet of approximately 70,000 bots primarily located across the Asia-Pacific region, such as Malaysia, Vietnam, Taiwan, Japan, and China, as well as the United States. Dahan identified the target of the attack only as "an Azure customer in Europe".

The Microsoft exec said the record-breaking DDoS attack came in three short waves, in the span of ten minutes, with the first at 2.4 Tbps, the second at 0.55 Tbps, and the third at 1.7 Tbps.

Dahan said Microsoft successfully mitigated the attack without Azure crashing. Prior to Microsoft's disclosure today, the previous DDoS record was held by a 2.3 Tbps attack that Amazon's AWS division mitigated in February 2020.

Last modified on 13 October 2021
Rate this item
(2 votes)
Tagged under
More in this category: « Amazon EC2 VT1 Instances for Live Multi-stream Video Transcoding Google will show users their carbon footprints »
back to top