SKA detected at the edge of the universe 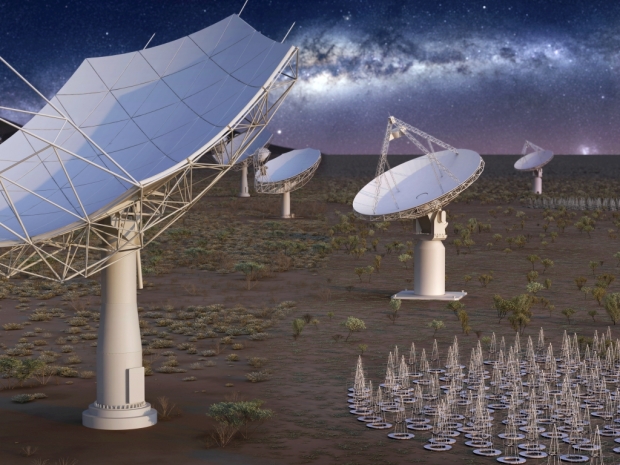 Huawei rolled in an interesting Brit at the Advanced Intelligence conference here in Shanghai to explain how Huawei is helping to detect influences on our planet from the deepest edges of space.

Philip Diamond heads up the SKA, or Square Kilometer Array – a consortium of scientists from across the world who are collaborating to create two vast arrays in remote locations to explore several topics that have human beings still in something of a tizzy.

Those include theories of general relativity; the cradle of life; cosmic magnetism; the cosmic dawn; cosmology and analysing radio date from pulsars.

SKA is supported by 13 countries but a picture of the boffins with their national flags didn't feature the Stars and Stripes, as far as we could see.

Diamond said: “China has been a major sponsor. SKA will become an international organisation like CERN.” Two SKA observatories will be set up next year – one in Australia and one in a remote part of South Africa. The Australian observatory will use between 130,000 up to one million antennae, while the South African observatory will deploy 200 to 1,000 dishes.

The global HQ will be based in Jodrell Bank, in the UK. Diamond said: “We already have hardware on the ground and the organisation will have to deal with massive streams of data."

SKA will generate 600 petabytes of data, contrasted with Facebook's 180 petabytes, Google's 98 petabytes, CERN's 73 petabytes, and Youtube's 15 petabytes. Huawei, he said, is helping develop the process on the infrastructure and software side, and, we suspect deploys its latest Ascend technology.

Last modified on 19 September 2019
Rate this item
(1 Vote)
Tagged under
More in this category: « SAP needs to listen more to its customers Oracle hires on the back of cloud push »
back to top