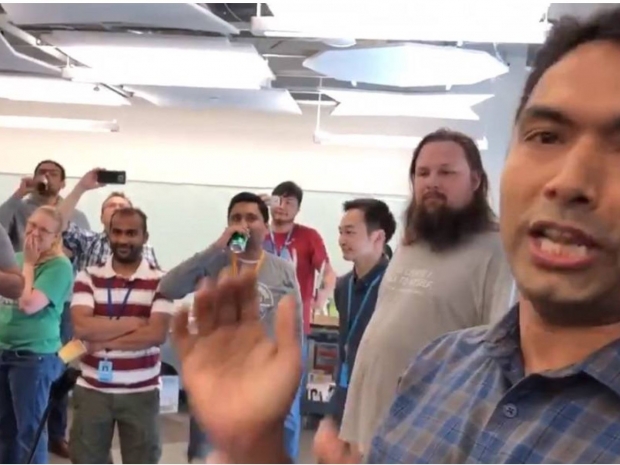 So happy to get shot of it

Amazon employees working in  fulfilment teams which handle inventory and shipping at the online retail giant have opened the champers after getting Oracle off their company servers.

Last Friday, Amazon chief technology officer Werner Vogels took to Twitter to praise the switch-off. "Congrats to the @Amazon Fulfillment teams for completing the migration off Oracle to 100% #AWS. #databasefreedom", he wrote in a tweet.

Vogels shared a video of senior principal engineer John Darrow clicking the switch-off button and other employees enjoying a party to celebrate.

In one of the pictures, a staff member wore a homemade Oracle piñata on his head. Economist Corey Quinn said that: "At Oracle, the piñatas are made to resemble their customers."

In November, the company turned off its most massive Oracle data warehouse and migrated to Redshift, which Vogels described as his "best day" of 2018.

AWS CEO Andy Jassy said the end of the year the outfit will have migrated 88 per cent of Amazon's Oracle databases.

Oracle founder and CTO Larry Ellison has said that it was impossible for Amazon to escape his company’s clutches.

"It's kind of embarrassing when Amazon uses Oracle, but they want you to use Aurora and Redshift. They've had ten years to get off Oracle, and they're still on Oracle."

Last modified on 03 April 2019
Rate this item
(1 Vote)
Tagged under
More in this category: « From Big Mac to Big data SAP cloud boss quits »
back to top