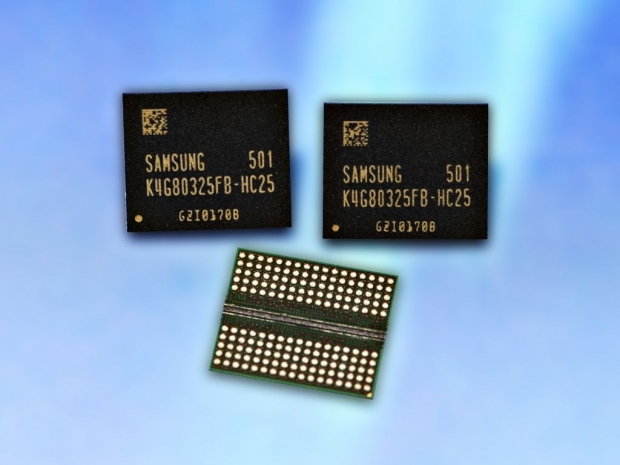 Inside Samsung's bragging announcement that it managed to sweep a total of 36 CES 2018 innovation awards is the announcement of its "fastest and lowest power DRAM", a 16Gb GDDR6 memory running at 16Gbps.

According to a brief statement, Samsung says its GDDR6 is running at 16Gbps with 64GB/s data I/O bandwidth. Operating at 1.35V, it also offers significant advantages compared to the GDDR5 memory which usually runs at 1.5V and offer speeds of around 8Gbps.

According to what we know, GDDR5 does work at 1.5V, but also supports 1.35V in low-power operation, with a slightly lower data rate and has dynamic voltage scaling with on-the-fly change between 1.5V and 1.35V.

Micron's own GDDR5X specification shows that it is quite similar to the announced GDDR6 memory from Samsung, but with a lower 8Gb density. It also works at 1.35V and has a separate 1.8V supply but offers significant improvement in data rates, reaching up to 16Gbps.

It will be quite interesting to see the full specification of Samsung's announced 16Gb GDDR6 memory but we guess we will hear about it at the CES 2018 show. We also expect both Micron and SK Hynix to announce GDDR6 memory by the end of this year or early next year. 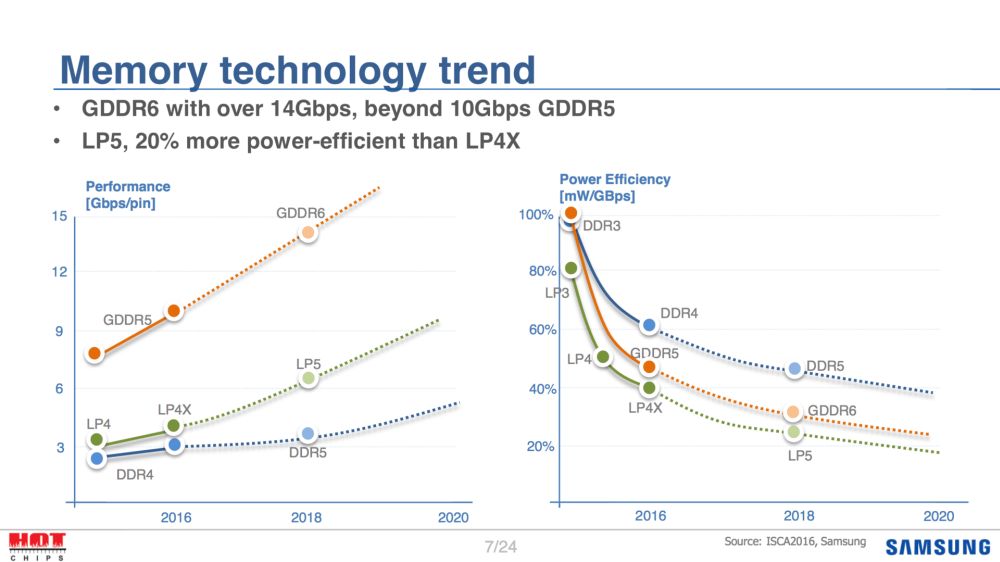