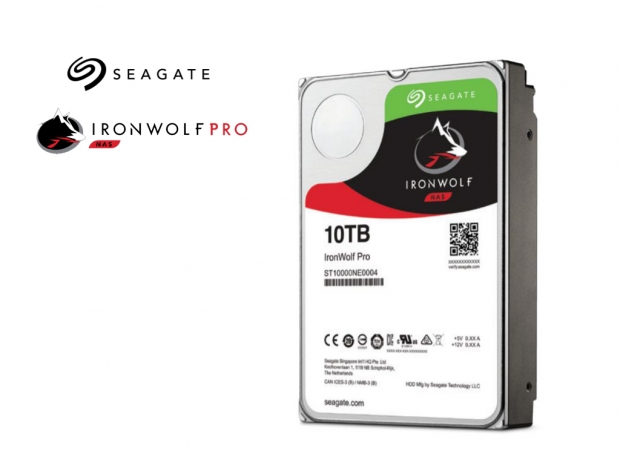 For small and medium enterprises

Following the launch of the consumer-class IronWolf and SkyHawk HDDs earlier, Seagate has now launched its IronWolf Pro series for small and medium enterprises, including the 10TB version as the flagship offer.

After cramming the 2.5-inch 5TB BarraCuda HDD inside an aluminum enclosure, Seagate has moved to the enterprise market, announcing its newest IronWolf Pro 10TB HDD for "small-to-midsize enterprises".

According to Seagate, the NAS market is expanding at an impressive rate and is expected to reach US $7 billion in 2017, and with NAS-oriented features like AgileArray, which enhances performance for file-sharing, backup and private cloud environments, drive balancing by using dual-plane balance and rotational vibration sensors, RAID optimization for increased performance and advanced power management, the IronWolf Pro series should be the best choice.

Both QNAP and Synology, the biggest names in the NAS industry, have expressed their excitement with the Seagate IronWolf Pro series.

The  Seagate IronWolf Pro series will be available in 2TB, 4TB, 6TB, 8TB and 10TB capacities, are based on standard 3.5-inch form-factor, use SATA 6Gbps interface, spin at 7200RPM, pack 256MB of cache (128MB for 2TB and 4TB versions), have a MTBF of 1.2M hours, feature Rotational Vibration (VR) sensors, have both hot-plug and support for 16-bay NAS and are backed by a 5-year warranty.

Performance-wise, Seagate claims these offer maximum sustained transfer rate of 214MB/s (195MB/s for 2TB version) and average latency of 4.16ms as well as have a reliability rating at 24/7 operation (AFR) of 0.73 percent.

Unfortunately, Seagate did not provide any details regarding prices but it is only a matter of time before we see these bundled with some high-end NAS devices from QNAP and Synology. 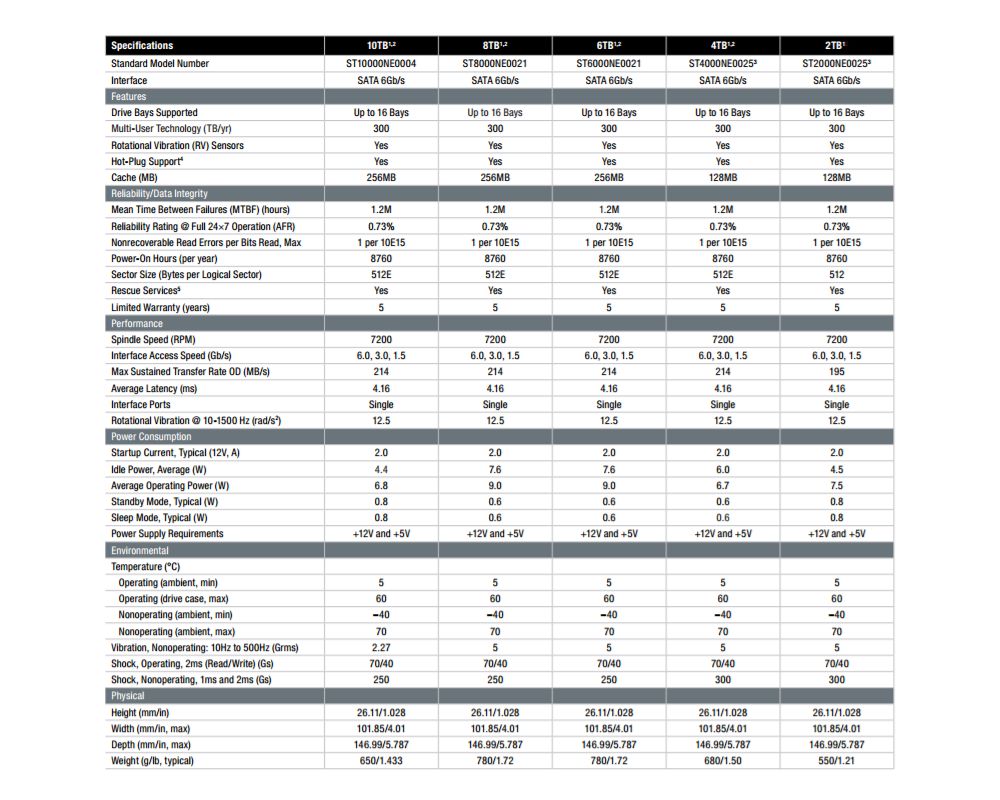