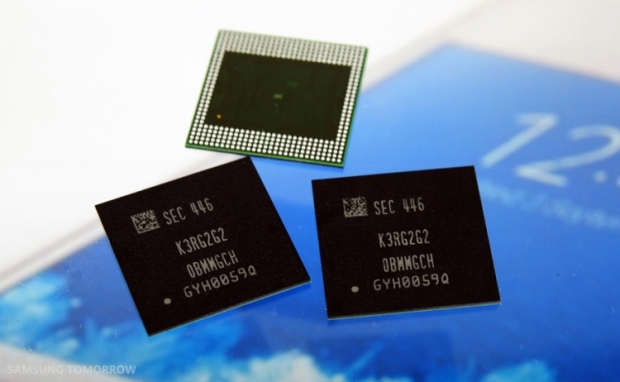 Hynix is a big name in the memory industry, and since phones are becoming small, yet quite powerful computers, it doesn’t come as a surprise that new memory standards are making their way to flagship phones.

Hynix has confirmed that it is the first company to ship LP DDR4 memory that ended up in a commercial smartphone, as we predicted a few months back.

Hynix is shipping 8Gb LPDDR4 (Low Power Double Data Rate 4) that is used in the LG G Flex 2 phone. This phone was announced at CES 2015 back in January, but we still haven’t seen it shipping to end-customers.

We are sure that some other flagship phones that will be introduce on March 1 at the Mobile World Congress 2015 will also come with LPDDR4 support. The Snapdragon 810 does support this memory interface and not only does it it doubles the data rate throughput, it also results in less power consumption for the whole phone.

Research firm IHS predicts that 36 percent of premium smartphones might end up using LPDDR4 next year. We are sure that a lot of premium phones will end up with LPDDR4 this year, and we also hope that USB 3.0, also part of the Snapdragon 810 chip specification, will finally make its way to next-generation flagship smartphones that are coming in less than a month.