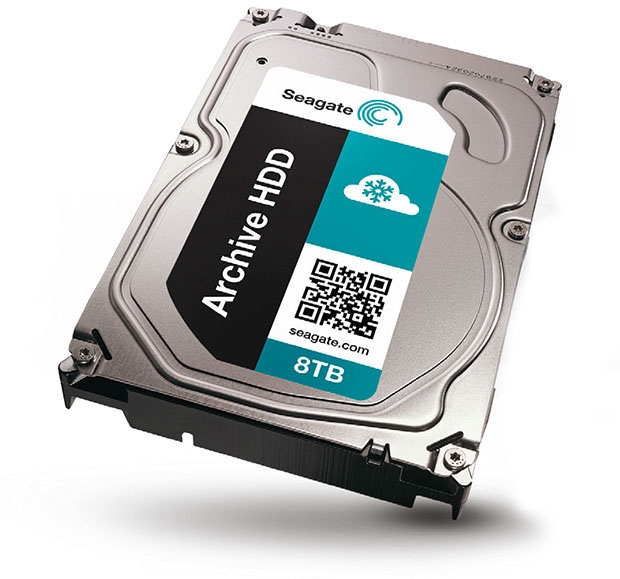 Back in December Seagate announced what it dubbed the biggest desktop hard drive to date.  The Seagate Archive HDD v2 8TB is bigger than the competition and it doesn’t cost arm or leg.

The drives are available for pre order in December and some European customers should get them in the next few weeks. A few shops we checked have them listed for shipping in later part of February. The asking price is from €255 up but this 8TB, 128MB cache 5900rpm  drive will you store a lot of movies even in HD on it.

The drive won't be slow either as the company promises around 150 MB/s read and write speeds. The drive has 1.33GB platters, which are 33 percent larger than the standard 1TB platters that it used in other available drives. The price per GB will drop and the end users will end up paying less for the drive.

Seagate is throwing in a 3 year warranty too. If you need more storage and an internal drive, this might be the one worth looking into.