Atlantia wants to build smart roads in the US 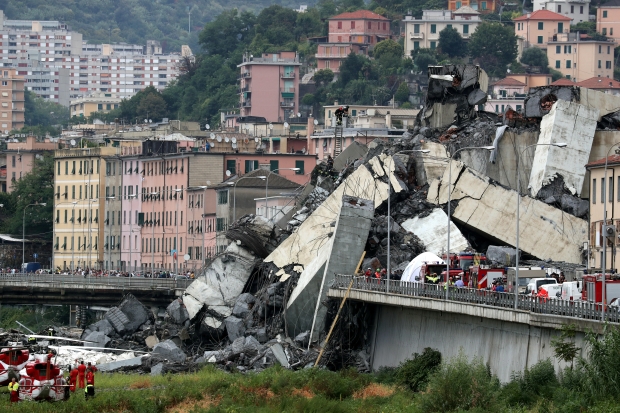 As opposed to stupid bridges that collapse in Italy

Having flogged its motorway business in Italy, Atlantia is investing in smart traffic technology to help drive the development of cleaner transport and open up new markets such as the United States.

For those who came in late, Atlantia is owned by the Benetton family, and exited Italy after the deadly collapse of a motorway bridge operated by its Autostrade per l'Italia business in Genoa in 2018.

In Italy people have built bridges since the Romans some of which never fell down, but Atlantia does not think it is worth the risk any more.

One source told Reuters that following the bridge disaster, it is now clear to everyone that “the regulatory risk” is difficult to assess and manage.

It sold that business and has started using some of the 8 billion euro proceeds expected in the coming months from the transaction to expand into smart traffic tech.

In January, it bought Siemens Yunex Traffic division for 950 million euros - a move that made it the only major motorway operator in Europe with a smart traffic business.

The company, which will update investors about its future strategy on March 11, sees the traffic technology business as important in its own right but also complementary to its existing operations.

"The value of any highway and airport business without technology is destined to fall. In 5-6 years this could become another core business of Atlantia," a source familiar with the matter said.

Plugging in traffic data services and connecting up vehicles will allow cars to map their own routes to cut travel times and carbon emissions and give city administrators more bang for the buck from existing infrastructure.

Under pressure from the European Union to cut emissions, many European cities will need technology to optimise traffic flows.

"The best route will be chosen by the car and not Google Maps – whether that is with or without a driver," the source said.

Yunex, which operates in more than 500 cities worldwide, has developed a raft of services including a system where traffic lights, cameras and sensors relay data to a control room that crunches the data to reduce congestion and accidents.

Last modified on 09 March 2022
Rate this item
(1 Vote)
Tagged under
More in this category: « Second Sight left users blind Meta will have first gen glasses by 2024 »
back to top