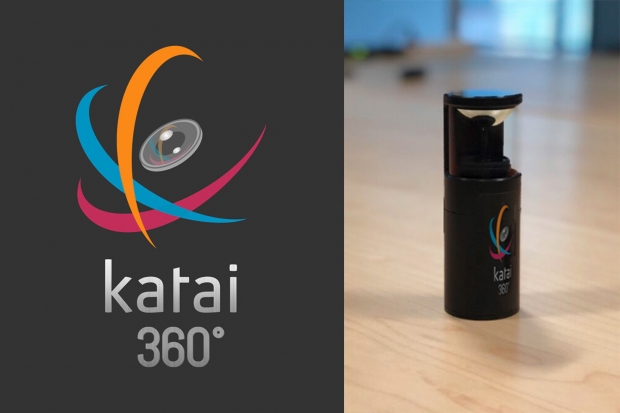 BlueJay has a 48 MegaPixel advanced sensor, a very wide and automatically adjustable field of view (up to 360°) with a single point of focus, built-in edge analytics and processing. The system provides full connectivity support including USB C, ethernet (and power over ethernet), WiFi, Bluetooth and LTE support.

Katai’s approach allows for a higher resolution image – often 4-6x that of conventional/traditional fisheye systems. With its high resolution, widest field of view, and on-camera processing, the BlueJay is the most advanced optical IOT device in the market today, the company claimed.

In addition to video conferencing, Katai is already seeing demand for BlueJay in a number of other markets based on ongoing user trials. These markets include:

Raghu Menon, CEO of Katai said: “Katai’s patented technology was perfected for military applications such as autonomous vehicle support. Based on that success, we have worked closely with our commercial development partners to make our solution price-competitive with cameras that provide a fraction of our capability. Katai’s technology is a perfect solution for a number of markets such as video conferencing and is unmatched in the marketplace today.”

“Katai’s breakthrough approach brings optical IOT technology into this century”, said Katai’s Chairman, Perry LaForge. “Today’s existing wide-angle systems are based on 40-year-old ‘fisheye’ technology, which introduces latency, artifacts, and image distortion. The patented BlueJay system provides a wide angle, high resolution image, that when coupled with Katai’s on-board processing and connectivity, makes it one of the most powerful optical IOT devices in the world today.”

Last modified on 15 November 2019
Rate this item
(1 Vote)
Tagged under
More in this category: « Carmack leaves Oculus Bofffins come up with tactile cyber skin »
back to top