Qualcomm ahead on 5G 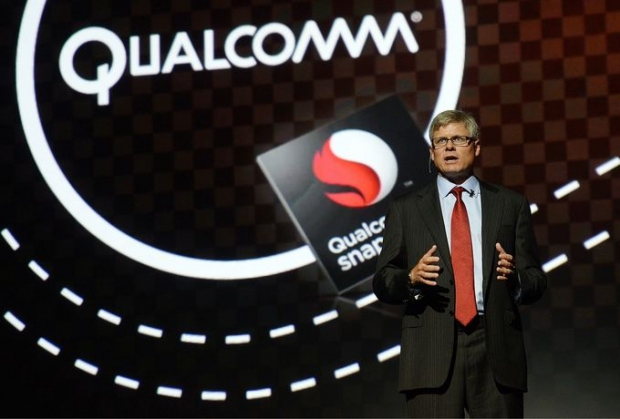 Will sort out Internet of Things don’t ya know?

Qualcomm CEO Steve Mollenkopf has been telling the world how it is going to win the 5G war which will bring about a bold new world based around the Internet of Things.

Writing in his bog, Mollenkopf claimed that Qualcomm was leading the way to 5G for the next 10 years and beyond.

He said that there will be 3G and 4G connected people, but 5G is going to connect everything.

"It's a unifying, more capable communications fabric that will take on a much bigger role than previous generations of mobile technology. It's a layer of connectivity that will become fundamental to our cities, jobs and ourselves. It's the foundation of the next technological revolution."

Lately 5G has been a bit of a buzz word lately, although there are no common standards issued yet. However if Mollenkopf is right, it will transform our daily lives once and for all by revolutionizing the way people interact with the world and with each other.

Hard to see how it can be any different. It might be faster, it might have different ways of connecting, but we will still have to talk to people. Mollenkopf said that 5G will expand mobile networks and technologies into a much wider range of industries.

"It will enable smart cities that can sustain tomorrow's urban growth, automobiles that communicate with each other and traffic lights to save lives, VR headsets that allow us to experience the world in new ways, body sensors that monitor our health and make dietary recommendations, and so much more."

Mollenkopf added that making this 5G connected world a reality is incredibly complex.

“ You need a new kind of mobile network to meet an expanding and radically diverse set of connectivity requirements – high throughput and low latency, high security and low power, high reliability and deep coverage. This will require new technology innovations that build upon the foundation that we have already created ... Qualcomm is an invention company. We've been developing these 5G building blocks for years just as we pioneered many of the building blocks for 3G and 4G. Making one cutting-edge technology work well is difficult; making many of them work together is even harder. But that's what Qualcomm does," he said.

Last modified on 21 September 2016
Rate this item
(15 votes)
Tagged under
More in this category: « Intel and Amazon invest in wearable outfit Oculus knocking on MSI’s virutal door »
back to top