Qualcomm has a wireless charger for cars 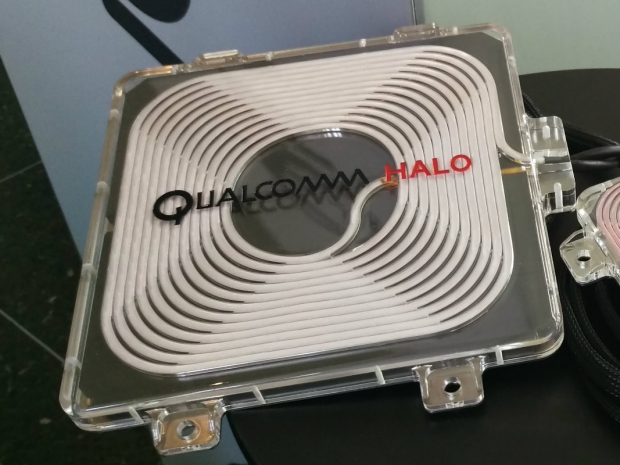 We had a chance to see some nice demos from Qualcomm at the IoT event and one of the most impressive one was a Honda Accord Plug-in Hybrid that could charge wirelessly. This device needs more technology than a wireless mobile phone charging. .

The demo was showed by nice chaps at Qualcomm and it uses Halo technology. Halo lets you wirelessly charge your car at 3.3kW and even double than that (with Qualcomm talking about 7kW and 20kW systems). This is the same chargning speed that you get from the Nissan Leaf via Plug-In system using a standard configuration.

Qualcomm modified a retail version of Honda Accord Plug-In Hybrid and installed the charging coil under the the motor. 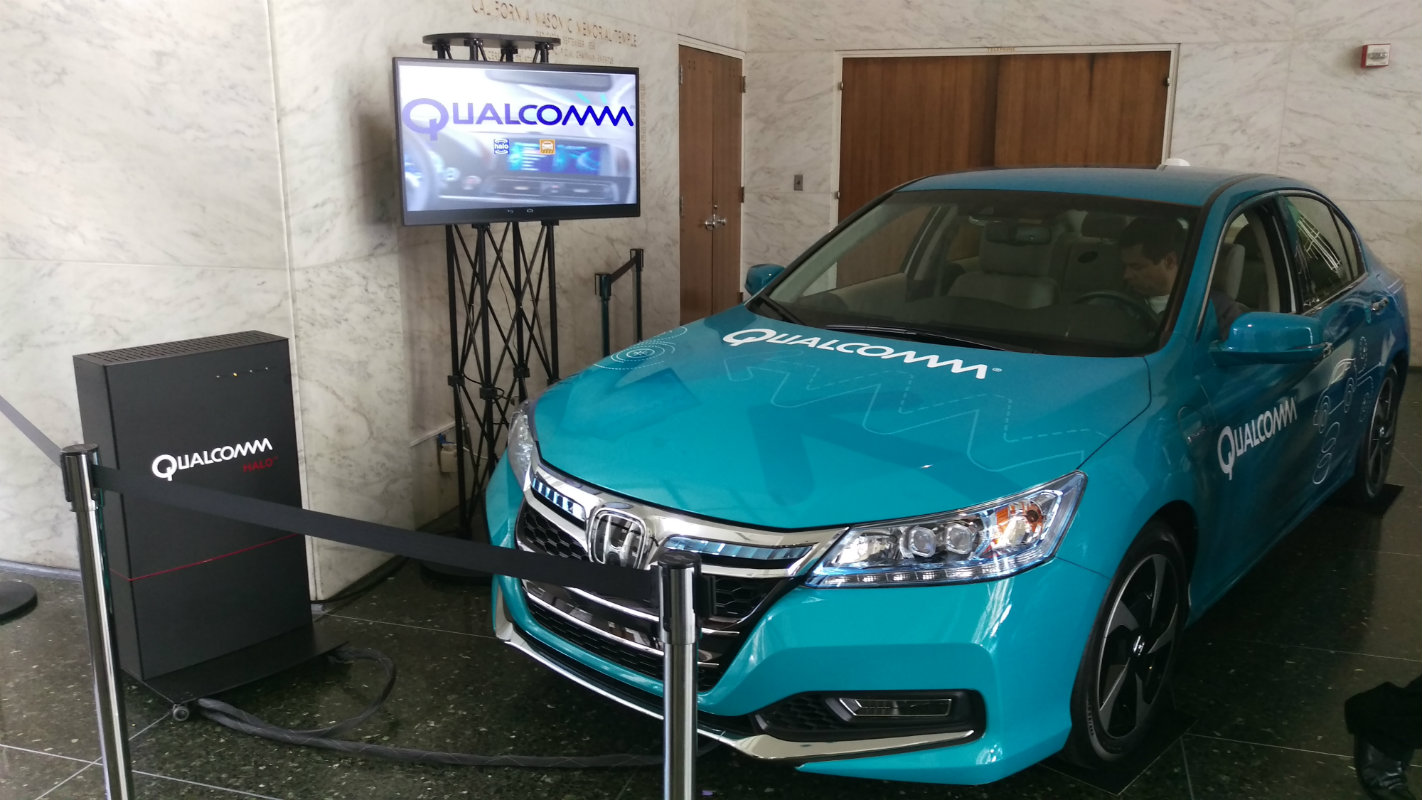 There are two different charging coils. The larger capacity coil is called Double D and it is able to charge the car as the levels of street chargers of 3.3kW as the demo showed.

We saw a quick demo where the car started charging in matter or seconds, basically as soon as you aligned with the charging pad. All you need to do is to drive over the charging coil and press a button. The magnetic field is created and the car charges. If it detects a human or a cat, the charger stops as the process as it could be harmful to people or other living things.

Real harm would happen only after a longer exposure, but it is better to be safe than sorry. The coils that go at street level are powered by a reasonably large power converter that would have to be installed in your garage, public garage or anywhere where you would want to use the wireless charging for your car. 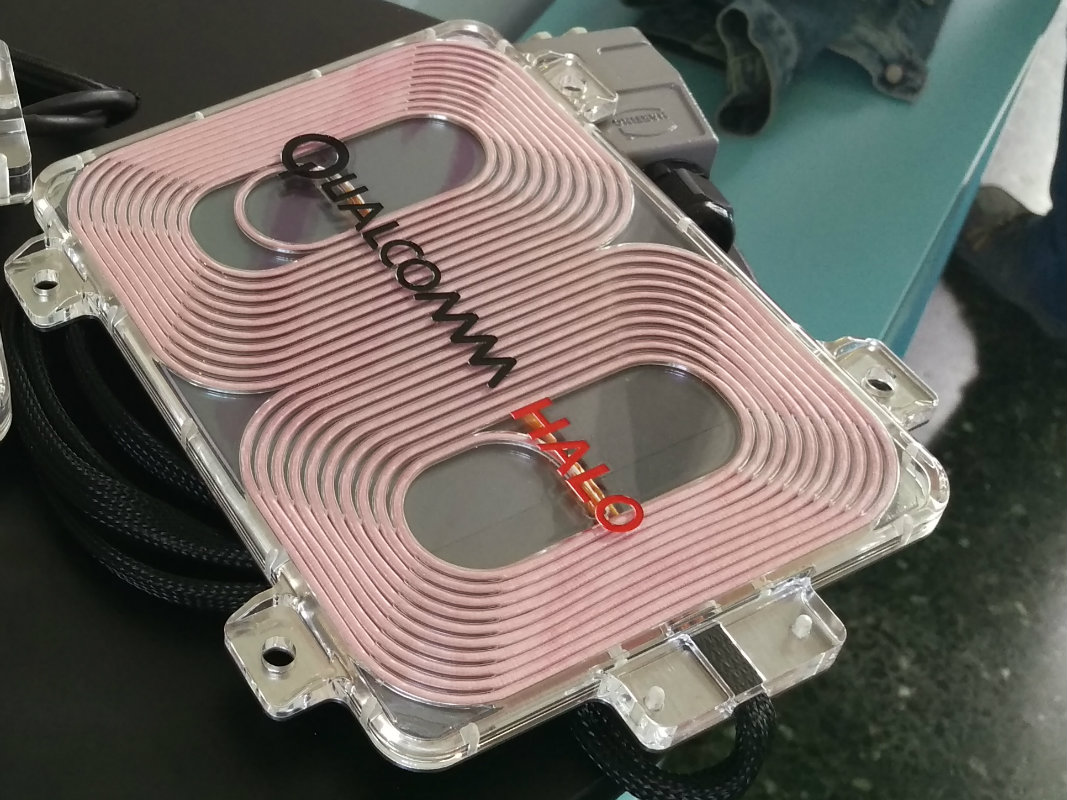 The technology would probably find its place in public garages, companies parking spaces and even homes.

The technology is a few years away from the commercial use, but Qualcomm believes that car manufacturers will integrate these coils in cars. They don’t think that the aftermarket coil installation is a good idea as things could potentially go wrong.

You should be able to buy a car based on this technology within a few years. This is not bad considering that we just got the plug in hybrids a few years back and that a design cycle of a car takes multiple years.

Last modified on 22 May 2015
Rate this item
(3 votes)
Tagged under
More in this category: « Huawei sees future for LiteOS Intel rumoured to want Recon »
back to top