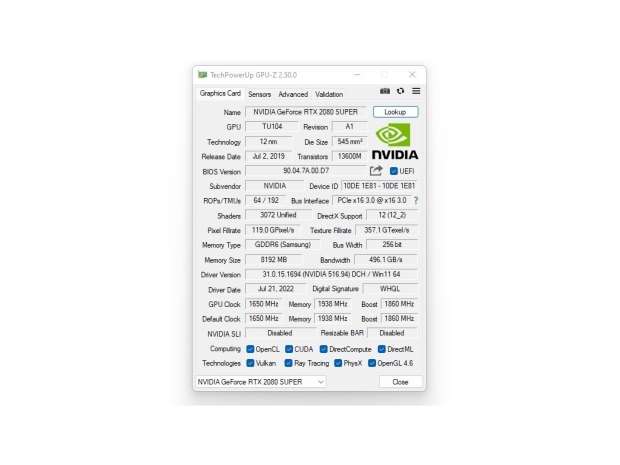 TechPowerUp has released the latest version of the GPU-Z, updating it to version v2.50.0, and bringing support for the latest Geforce RTX 40 series and Arc 7 series graphics, as well as fixing some previous issues.

The latest version of the GPU-Z, a graphics sub-system information and diagnostics utility for PC, adds support for Nvidia Geforce Ada GPUs, namely the Geforce RTX 4090, as well as brings an improved detection for Intel Arc A750 and A770 GPUs.

You can download the latest version directly from TechPowerUp.com.