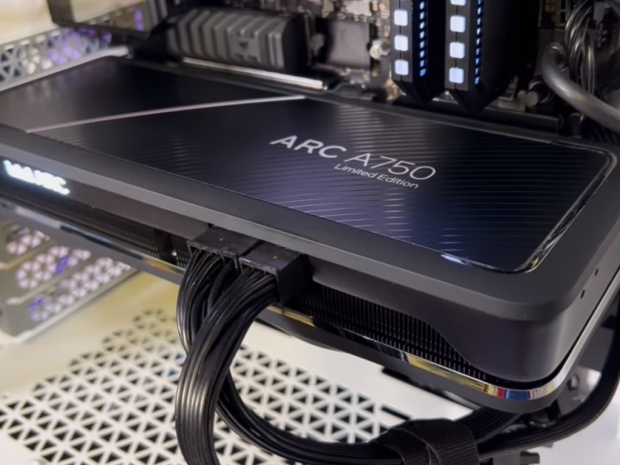 Intel has released yet another video showcasing its Arc Graphics support for VRR, HDR, and HDMI, as well as showing the performance of the Arc A750 in Death Stranding: Director's Cut game.

The Intel Arc A750 was showcased running Death Stranding: Director’s Cut at 2560x1440 resolution for VRR showcase on Acer's 4K 120Hz display and it managed to pull a rather respectable 80 to 100 FPS on default preset.

Shrout was keen to note that any adaptive sync certified display will be able to work with Intel Arc Graphics and they are currently validating 100+ top VRR displays for Intel Arc A700 series graphics cards.

The game was also running at 3440x1440 resolution for HDR on Alienware HDR QD OLED, showing HDR in all its glory.

When it comes to HDMI, Shrout states that Intel A-series GPUs support HDMI 2.0 natively, but partners and OEMs can build in support for HDMI 2.1 by integrating PCONs that will convert DisplayPort to HDMI 2.1. Intel-branded Limited Edition cards, both the A750 and A770, will support HDMI 2.1.

Intel will face stiff competition when these A700 series graphics cards launch but if priced right, they could offer a pretty decent bang per buck.

Last modified on 29 July 2022
Rate this item
(1 Vote)
Tagged under
More in this category: « Intel confirms Arc A780 graphics card was never planned RTX 4070 Ti rumoured to easily match the RTX 3090 Ti »
back to top