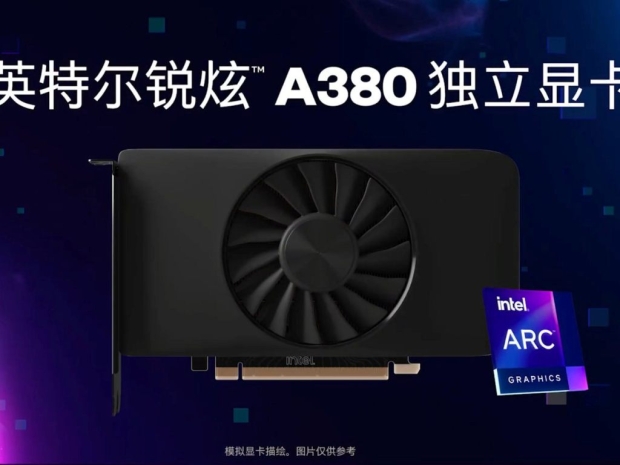 Intel has officially launched the Arc A380 desktop graphics card in China at 1030 yuan. GUNNIR, Chinese-based graphics card maker has also announced its custom version, the A380 Photon. 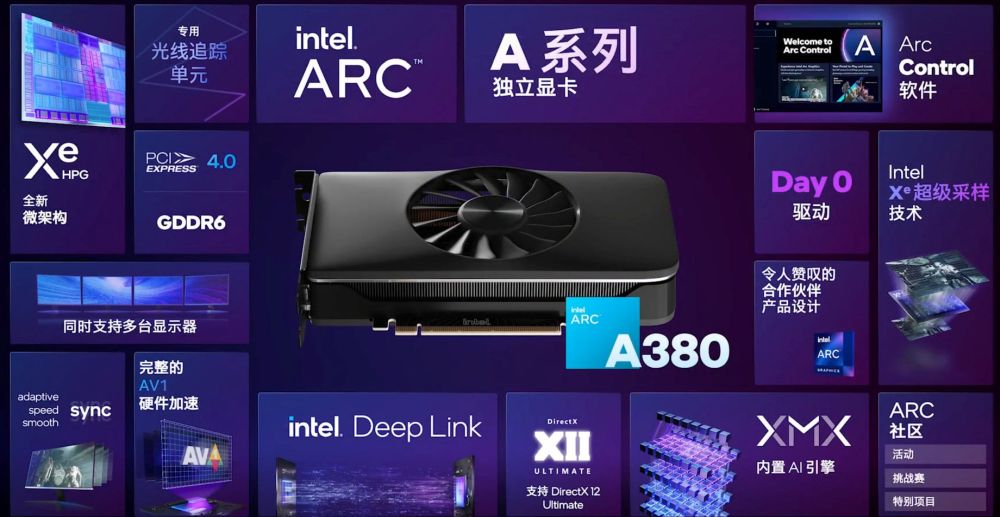 GUNNIR, one of the well-known Chinese AIB partners, has already announced its own versions of the Arc A380, including a custom A380 Photo OC version, which has a factory-overclocked GPU, working at up to 2450MHz, but needs a single 8-pin PCIe power connector, due to 92W TBP. It uses an aluminum block with two fans for cooling. Surprisingly, the memory is clocked at 15.5Gbps, which is somewhat slower compared to the reference card. 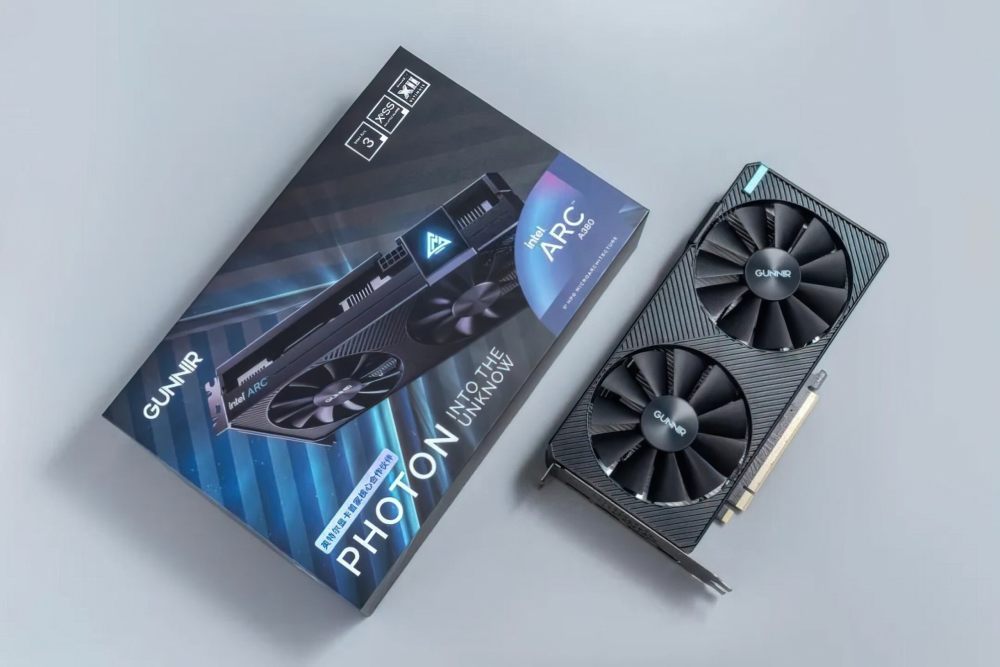 Intel advertises the A380 as a gaming-capable graphics card, but bear in mind that this is an entry-level GPU so 1080p at 60FPS on medium settings in less demanding titles is pretty much what it can do. According to Intel, the A380 is up to 25 percent faster than Radeon RX 6400.

Update: Intel informed us that something probably got lost in translation and that the performance for the Arc A380 is actually 25 percent per yuan compared to the AMD Radeon RX 6400. 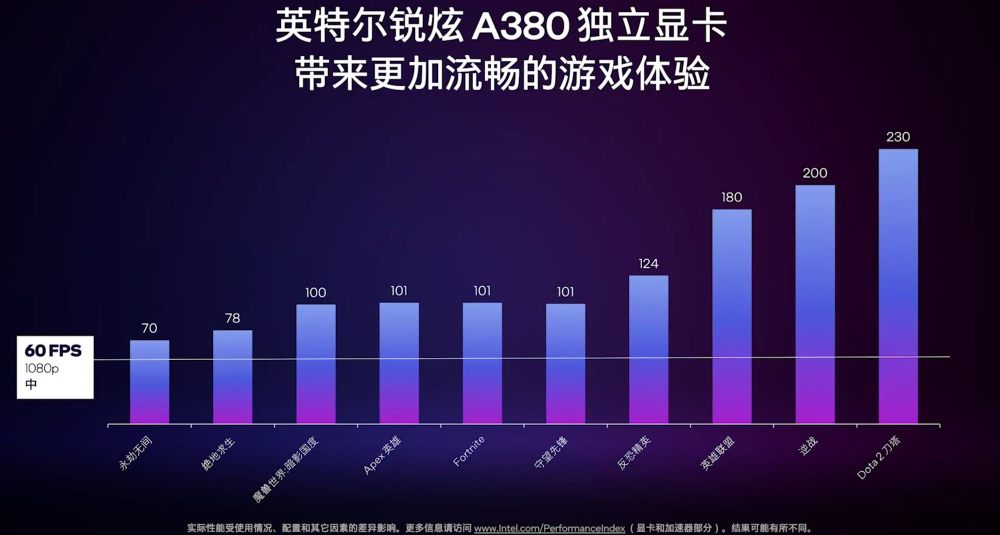 Last modified on 15 June 2022
Rate this item
(2 votes)
Tagged under
More in this category: « Nvidia push back Geforce launch dates Intel brings Arc A3 to China »
back to top