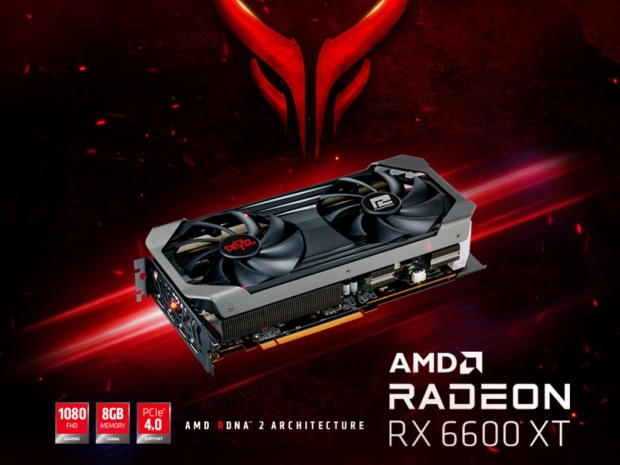 Powercolor's Radeon RX 6600 XT lineup will include three SKUs, including a standard custom Radeon RX 6600 XT, which will be a part of the Fighter series and sell at $379 MSRP, at least unless retailers/e-tailers do not drive the price up. This one still comes with a dual-slot dual-fan cooler, needs a single 8-pin PCIe power connector, and works at 2359MHz base and 2589MHz GPU Boost clock. 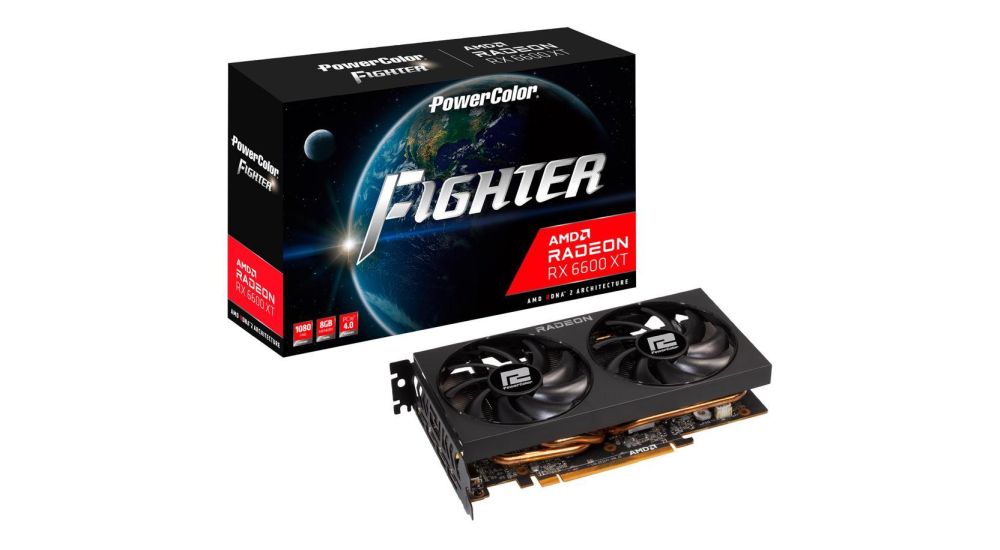 The RX 6600 XT Hellhound is a notch above the Fighter series, and this one includes a slightly different dual-slot dual-fan cooler with blue LEDs, and still needs a single 8-pin PCIe power connector. It works at the same clocks as the Figher series in Silent mode, but can be pushed to 2382MHz Game and 2593MHz Boost clock in OC mode. 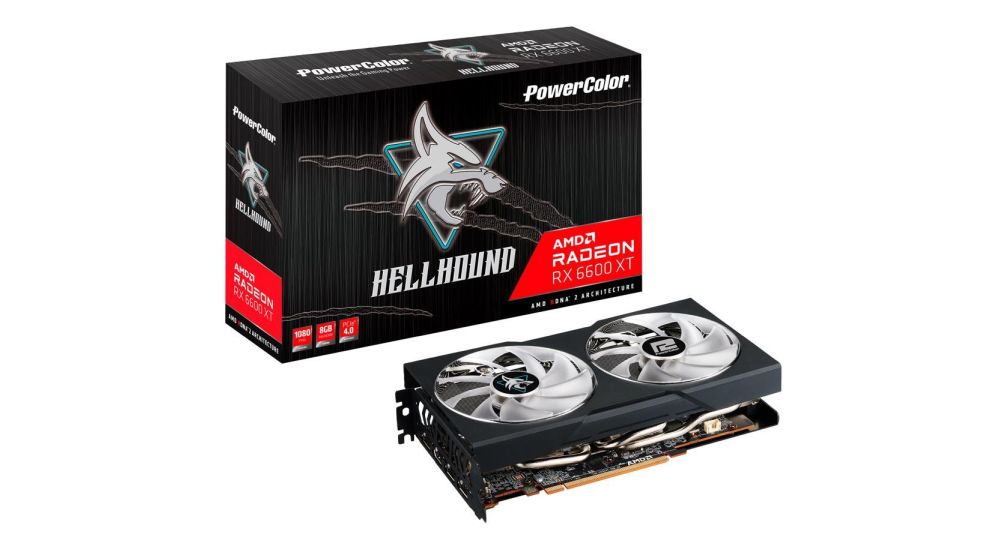 The flagship offering in the Powercolor RX 6600 XT lineup is the Red Devil series card, and this one comes with a thicker 2.5-slot dual-fan cooler, backplate, and higher OC clocks, pushing the GPU up to 2428MHz Game and 2607MHz Boost clocks in the OC mode. In order to push those clocks, the card needs 8+6-pin PCIe power connectors and comes with beefed-up VRM, DrMOS, and dual-BIOS. 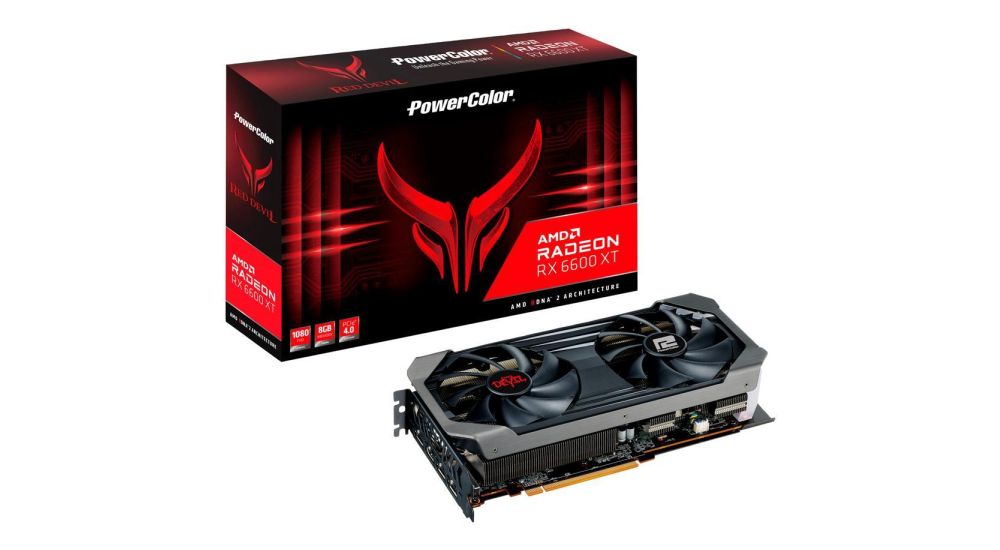 All three should be already available and while we could not find the Figher series available, the Powercolor RX 6600 XT Red Devil is selling at €499 in Europe. All three are also listed over at Newegg.com but are currently out of stock.