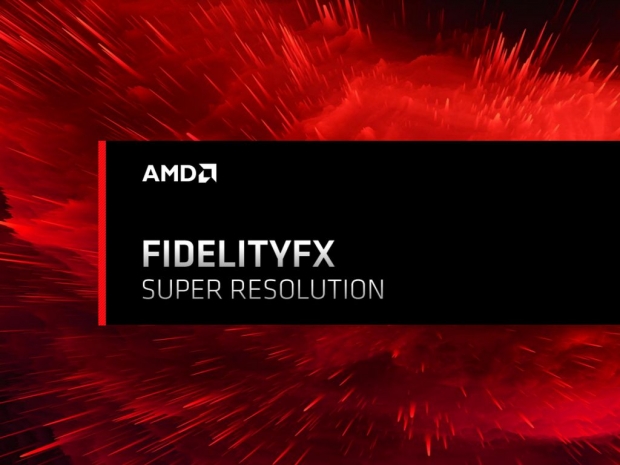 AMD has launched its FidelityFX Super Resolution upscaling technology, which will be available in seven games at launch with additional titles coming soon.

In case you missed it earlier, AMD FidelityFX Super Resolution (FSR) is AMD's direct response to Nvidia's DLSS, and an upscaling technology that lowers game resolution and uses certain algorithms, or as AMD says, "cutting-edge algorithms", to artificially increases the resolution and bring near-native image quality.

According to AMD, algorithms analyze the source to detect edges and reconstruct the image at "high definition". In short, AMD describes the FSR as "open-source spatial upscaling technology", designed to boost frame rates and deliver a high-quality, high-resolution gaming experience.

AMD was keen to note that more than 40 developers plan to support and integrate FSR into top titles and game engines, albeit, it will only be supported in seven titles at launch, including Anno 1800, Evil Genius 2, Godfall, Kingshunt, 22 Racing Series, Terminator: Resistance and The Riftbreaker, with 12 more titles coming soon and even more to be available by the end of this year. 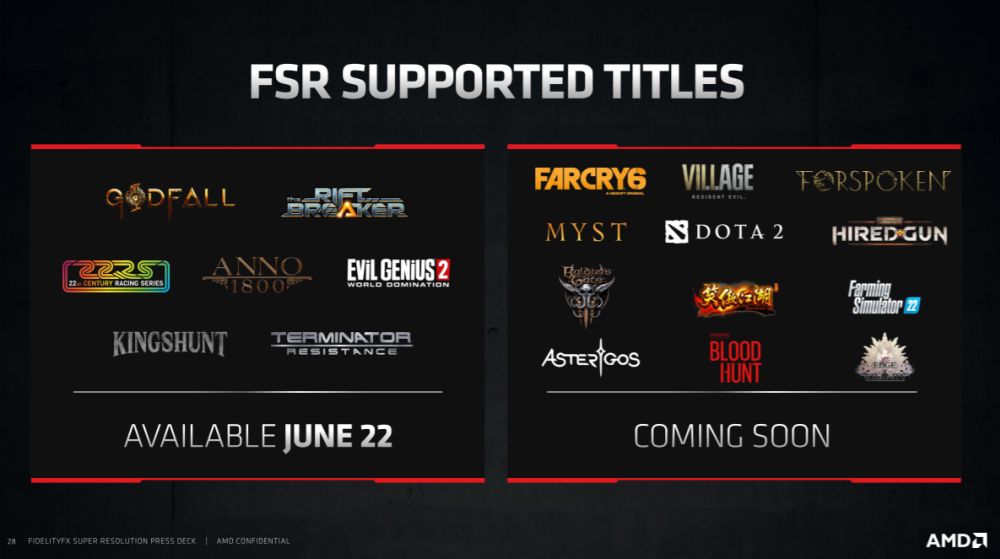 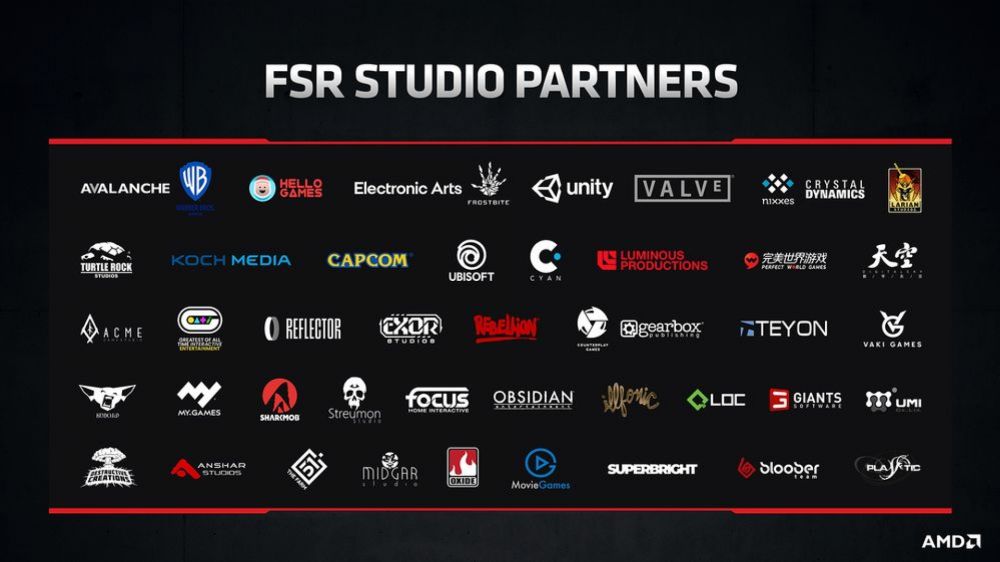 AMD FSR is supported on more than 100 AMD GPUs and processors as well as on competitive graphics solutions, and, according to AMD, provides up to 2.4x higher performance at 4K across select titles.

AMD has several different FSR Quality Settings, offering different FSR quality details, with different scale factors at different input resolutions. You can check out some of the comparative screenshots below as well as listen to the FidelityFX Super Resolution introduction video from Scott Herkelman, VP and GM of AMD Graphics Business Unit. 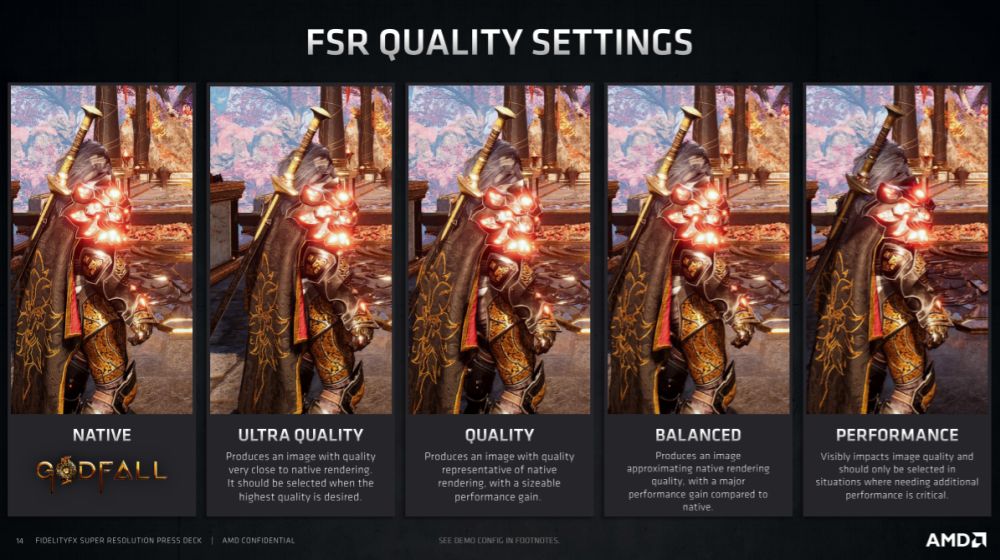 Of course, in order for it to work, you'll need AMD's latest Radeon Software Adrenalin 21.6.1 driver, which is also a Game Ready driver for Dungeons and Dragons: Dark Alliance. 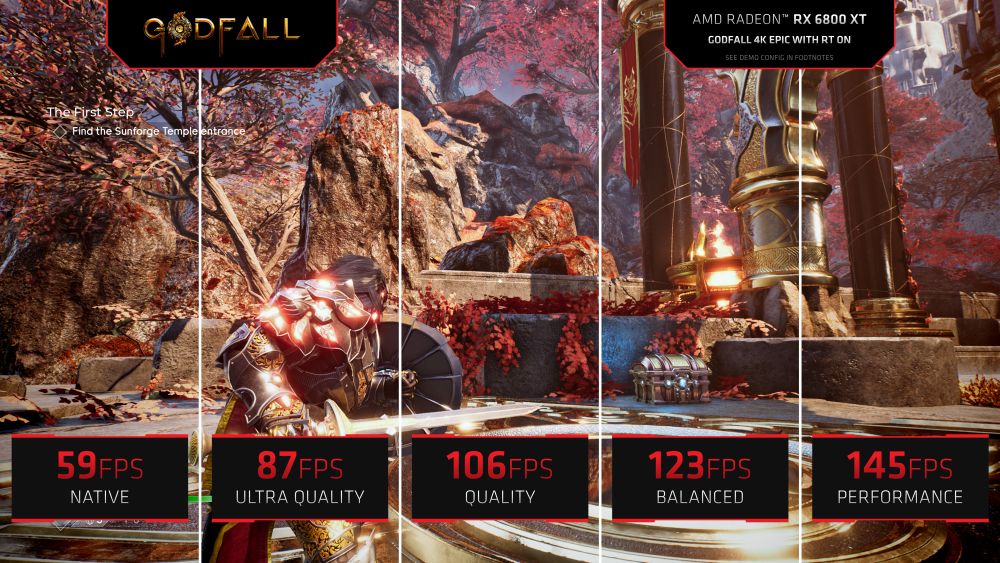 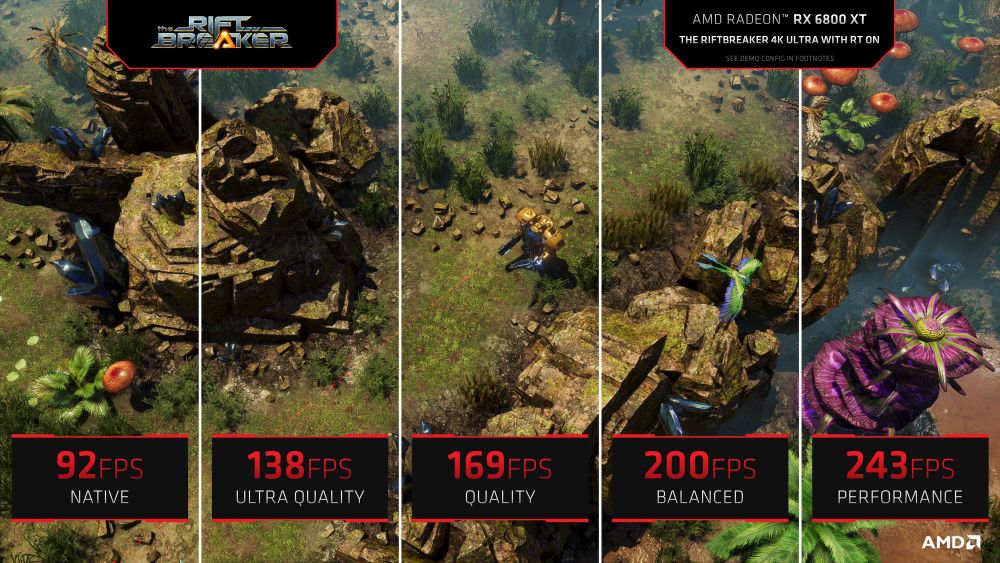 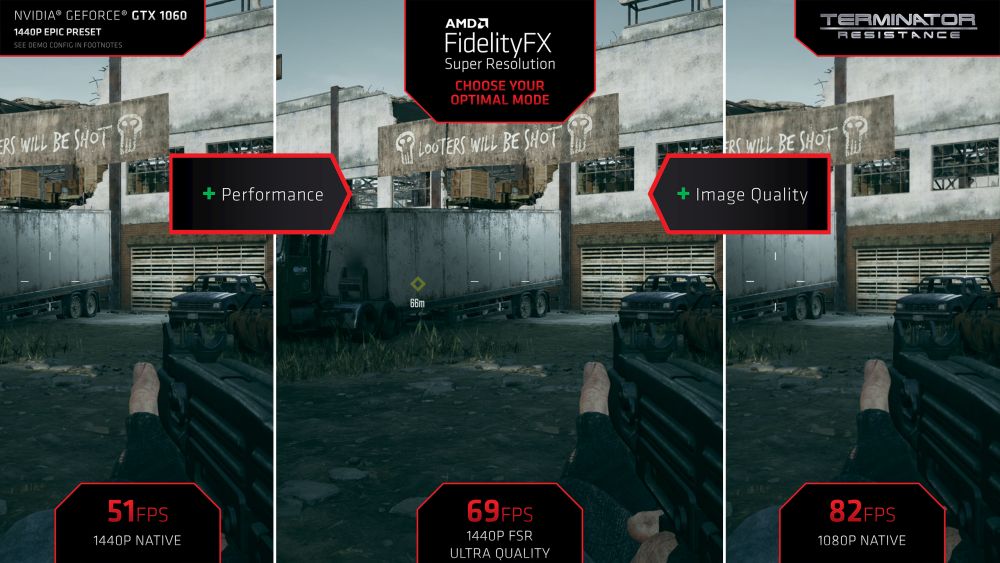