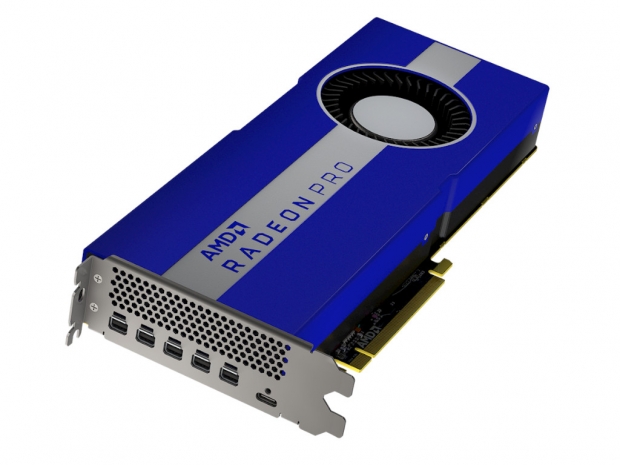 Based on 7nm Navi GPU and AMD's RDNA architecture, which brings significant IPC uplift compared to the GCN architecture, the Radeon Pro W5700 features 36 Compute Units (CUs), and offer up to 8.89 TFLOPs of FP32 compute performance, features 8GB of GDDR6 memory for 448GB/s of memory bandwidth, as well as offering full 8K display support with six display outputs, and comes with USB-C port for wireless professional VR and USB-C based monitors. 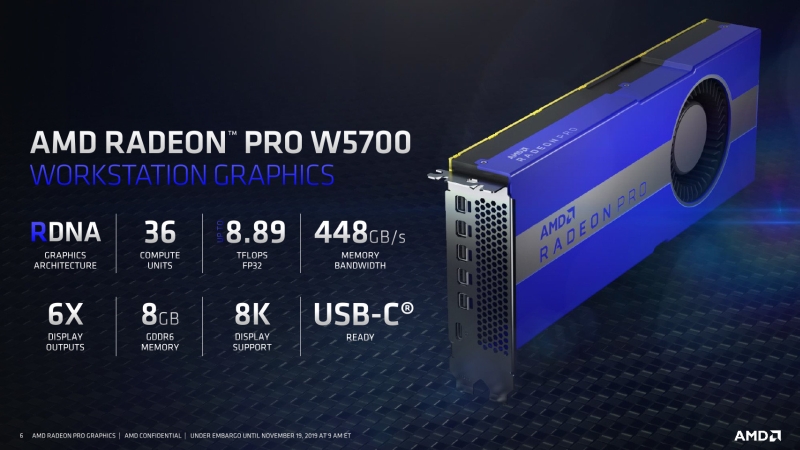 As far as performance goes, AMD compared the new Radeon Pro W5700 to its GCN-based Pro WX 8200, citing up to 41 percent higher average performance/watt uplift, depending on the benchmark. AMD noted that Radeon Pro W5700 is doing quite well when it comes to power efficiency, drawing from 37W in idle to 90W and 113W in solid modeling and model rotation, and we are talking about full system consumption.

Compared to Nvidia Quadro RTX 4000, the Radeon Pro W5700 should be 4 to 7 percent faster in Solidworks, Catia, and Maya, and trade blows with the same card in Unity's Automotive and VR "London Office" demo benchmarks.

AMD was also keen to note that the new Radeon Pro W5700 offers significant performance gain in multitasking performance, higher by up to 5.6x compared to the Quadro RTX 4000.

The new Navi-based Radeon Pro W5700 will be complimented with professional-grade software, including Radeon Pro Software for Enterprise as well as AMD Radeon ProRender.

According to AMD, the new Radeon Pro W5700 will be avalaible today at select retailers with a suggested retail price of $799. 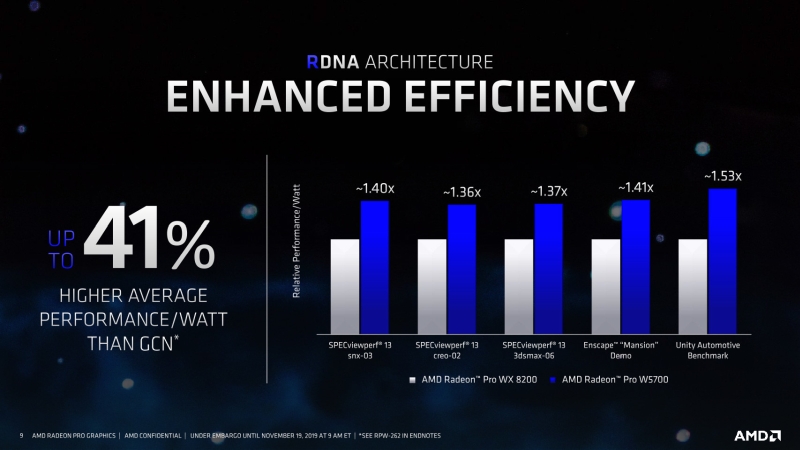 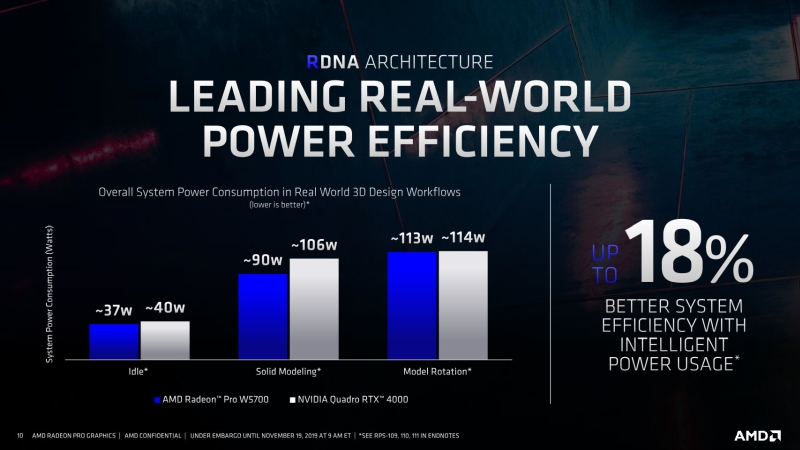 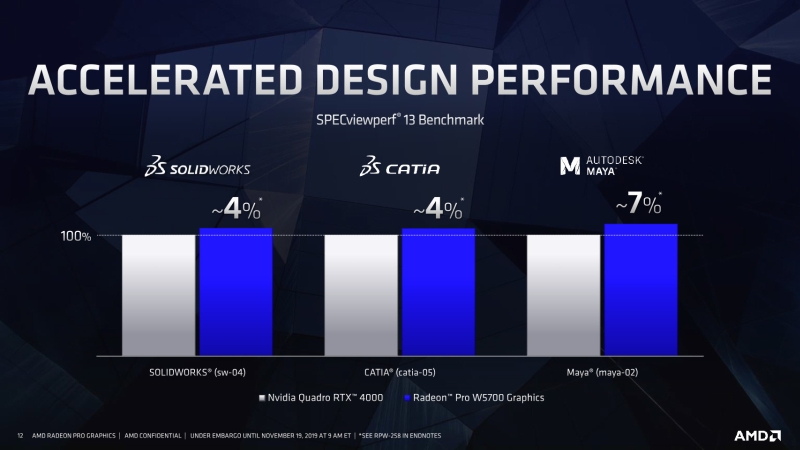 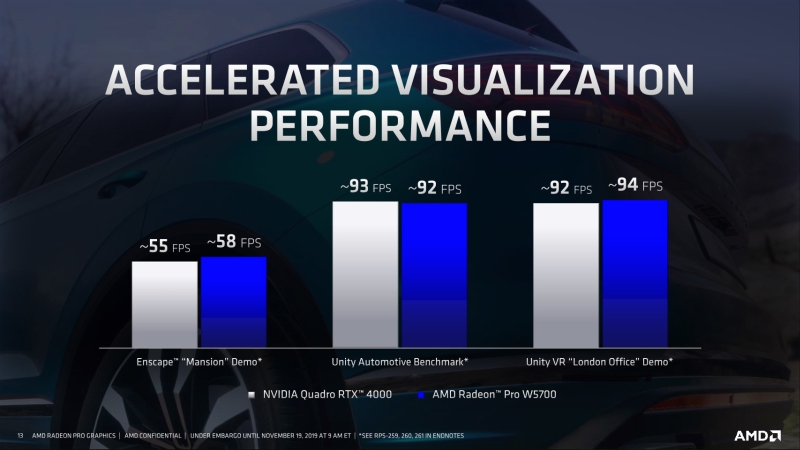 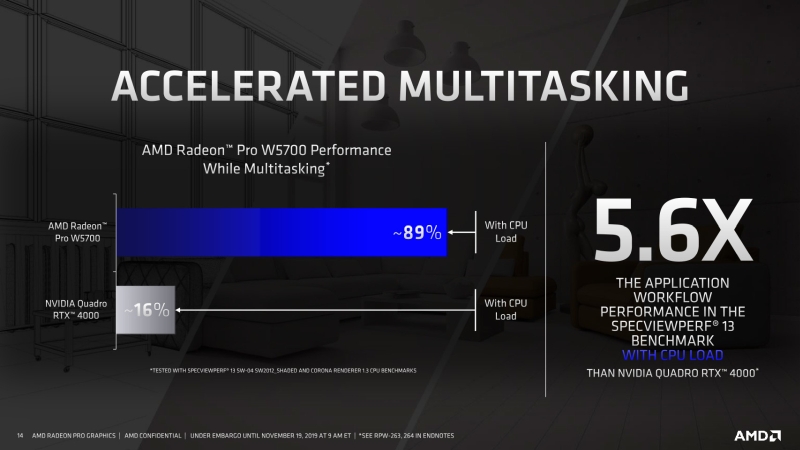