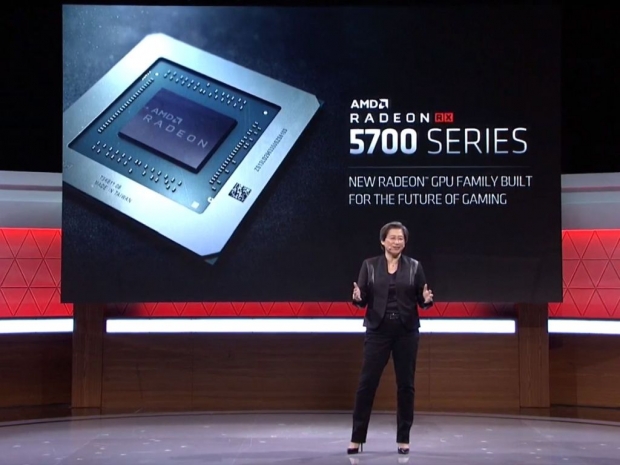 At its special Next Horizon Gaming event at the E3 2019 show in Los Angeles, AMD has officially unwrapped its upcoming Radeon RX 5700 series graphics cards which will be based on 7nm Navi architecture.

Based on the new RDNA gaming architecture, the new RX 5700 series has a new compute unit design, multi-level cache hierarchy, and streamlined graphics pipeline, all translating to 25 percent performance-per-clock and 50 percent higher performance per Watt, compared to the previous generation. 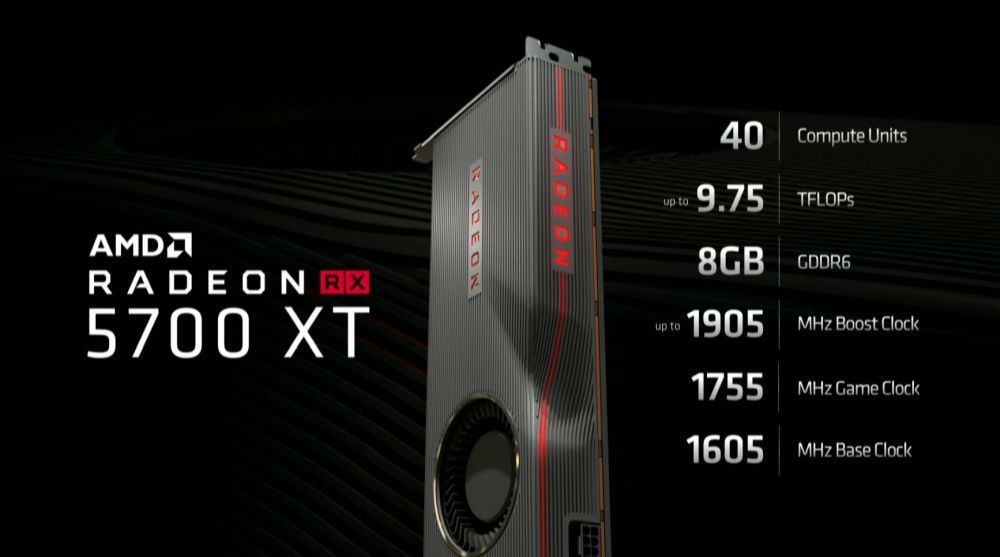 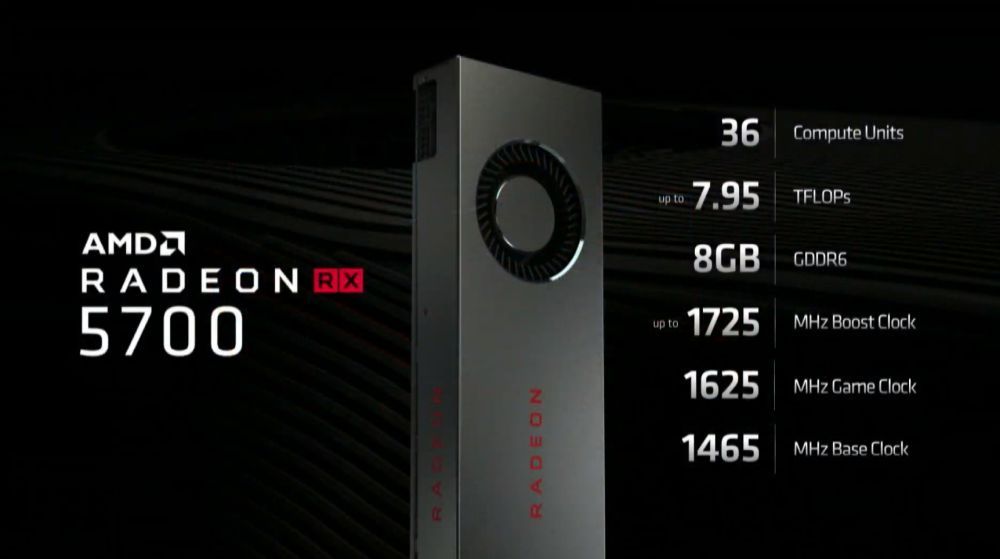 AMD also redesigned the cooler and the PCB for RX 5700 XT (although we are not sure if RX 5700 uses the same one), pairing it up with new aluminum shroud and backplate, vapor chamber cooling, graphite-based TIM, and a 7-phase VRM for additional overclocking potential. 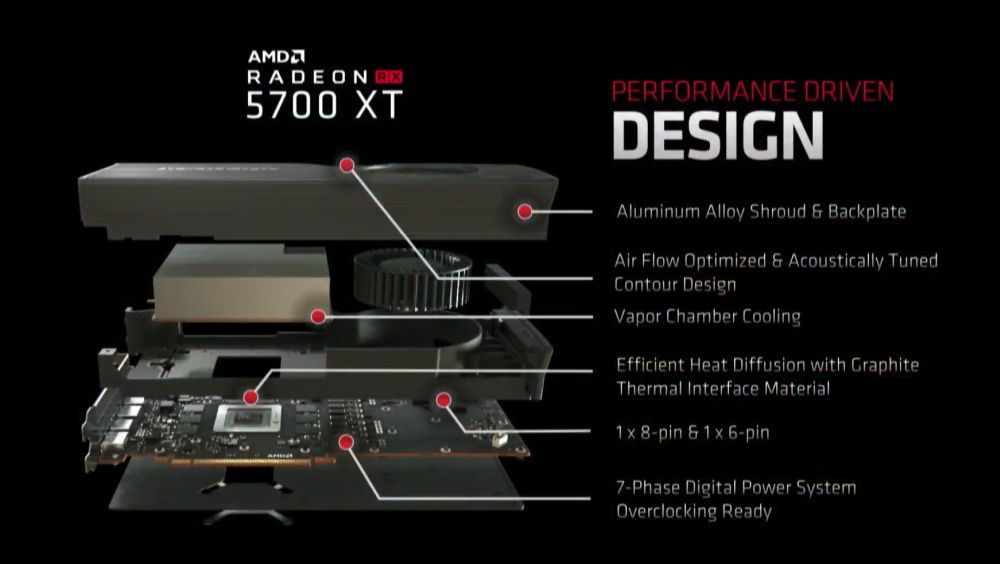 After some previews from various developers, AMD's CEO, Dr. Lisa Su took to the stage to unveil a couple of surprises, pulling a Radeon 5700 XT 50th Anniversary Edition out of its hat. To be available exclusively from AMD, the special edition has the same number of compute units at the standard RX 5700 XT, but with higher clocks, hitting 1680MHz base, 1830MHz game, and 1980MHz GPU Boost clocks.

Priced at $499, it is one to have if you are a die-hard AMD fan and want the best of the RX 5700 series. It has gold accents on the cooler and is signed by Dr. Lisa Su. 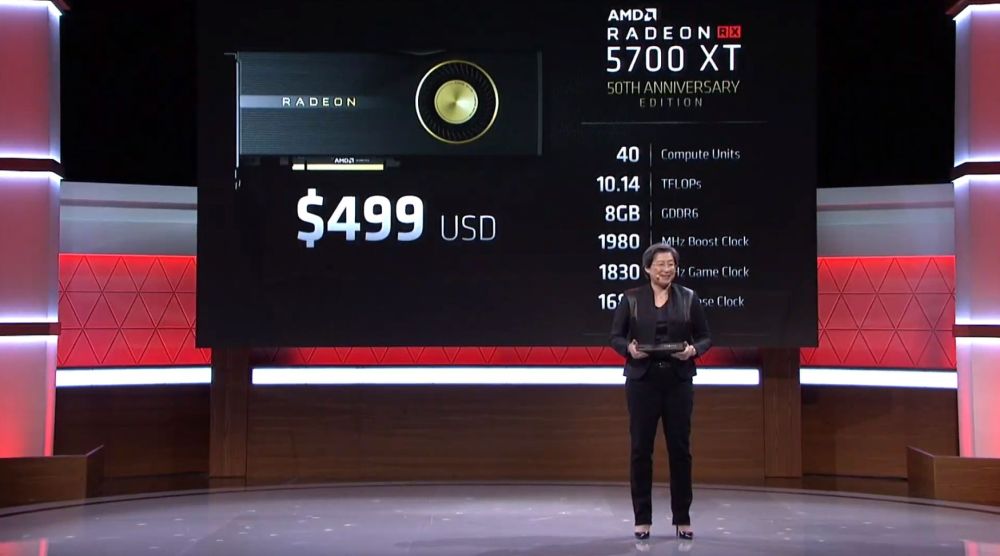 AMD's new Radeon RX 5700 series will launch on July 7th and it comes with rather aggressive pricing.

AMD also announced that its RX 5700 series will come bundled with a 3-month Xbox Game Pass and Gears 5. 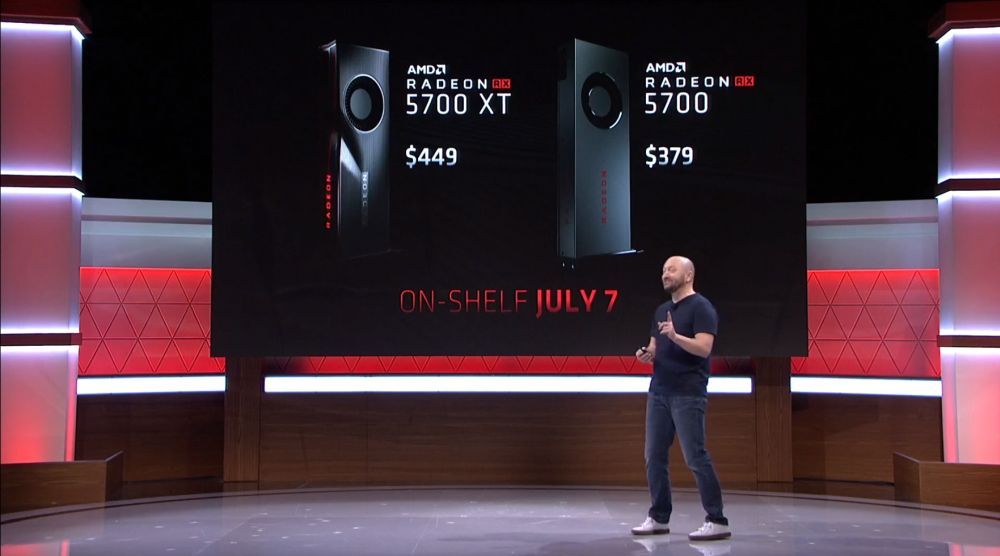 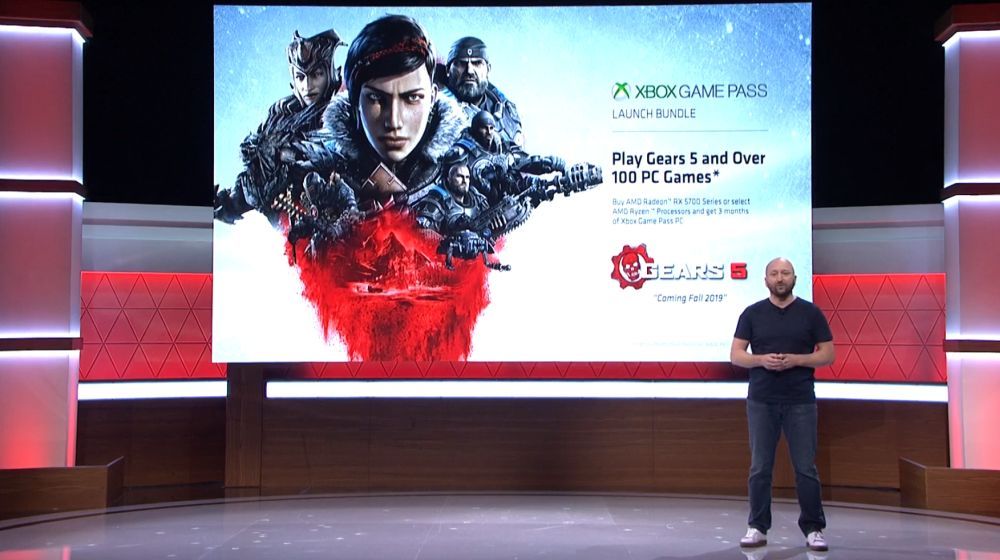 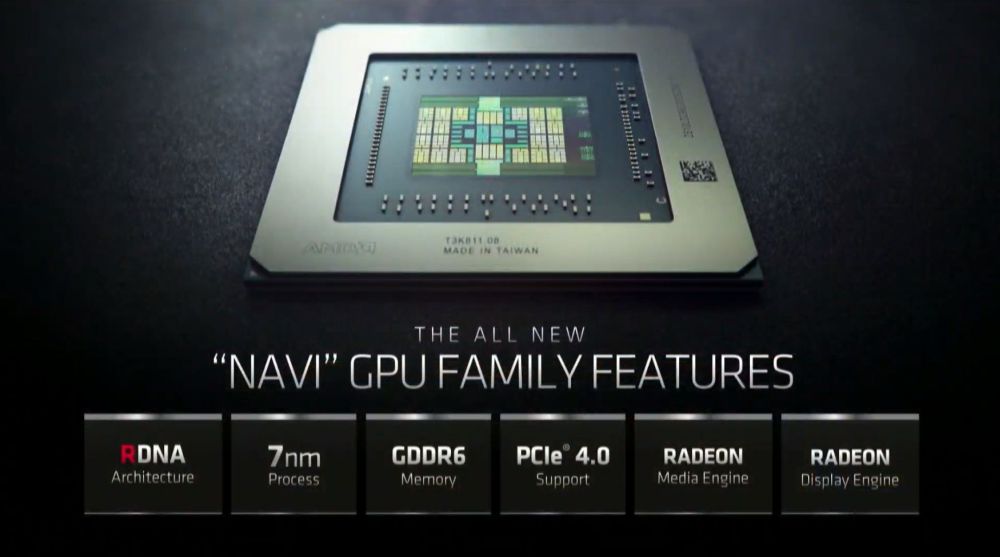 Last modified on 11 June 2019
Rate this item
(5 votes)
Tagged under
More in this category: « Intel sexes up its GPUs Radeon 5700 Navi doesn’t have Ray tracing »
back to top