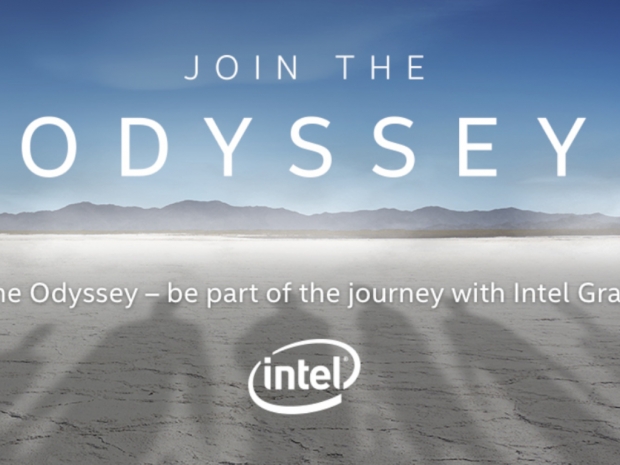 The Intel GCC, as the company calls it, is currently only available in an early access version and it is the first piece of Intel's Odyssey, a program that is designed to get as much feedback as possible from the community. You can sign up for the Odyssey program over at Intel's site.

While still in its early access version, and available at the Microsoft Store, the Intel GCC looks light years ahead of what the company had earlier, featuring a modern GUI design, one-click game optimizations, display, video, and system settings, and more, all neatly integrated in a single package, much like AMD and Nvidia are doing with their Radeon Software and Geforce Experience.

Of course, there is still a long way to go, as competition has pushed such control panels to a whole different level, especially AMD with its latest Radeon Software Adrenalin 2019 Edition.

As you can see from the press deck below, Intel' GCC supports 6th gen Core platforms and newer, and it is definitely a solid foundation for Intel's upcoming push into dedicated graphics card market. The company is checking all the right boxes and we will see if (and how fast) it will be able to catch up to the competition. 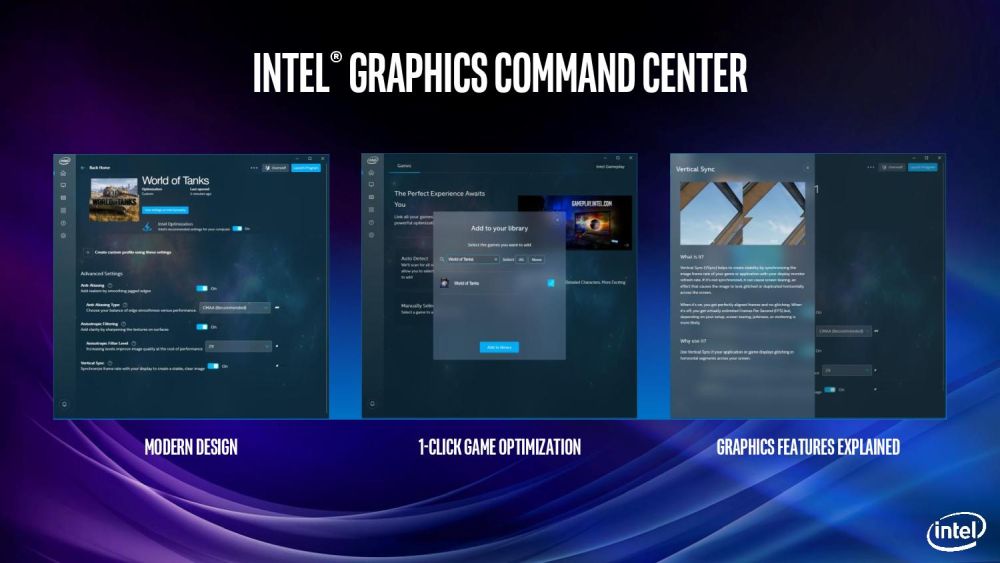 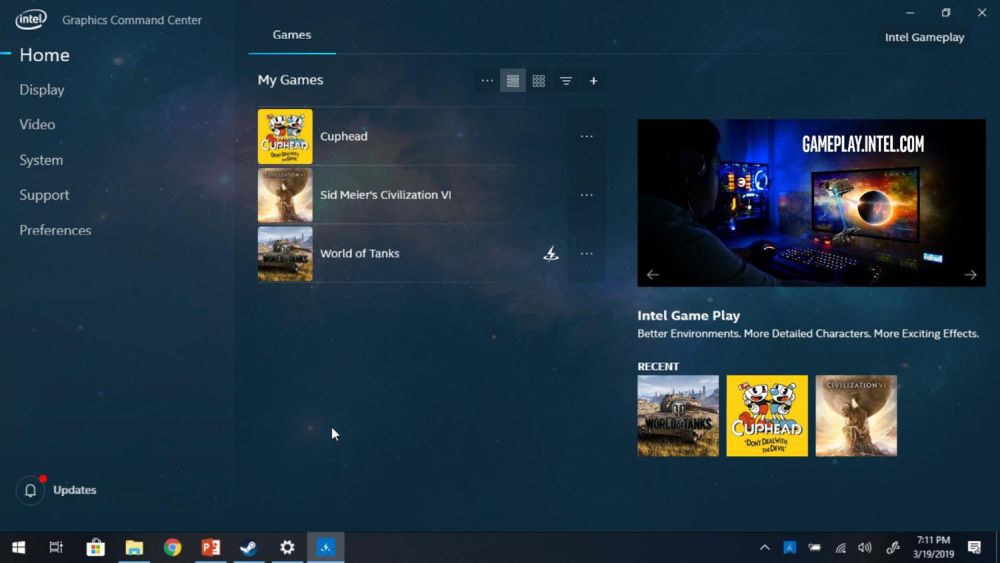 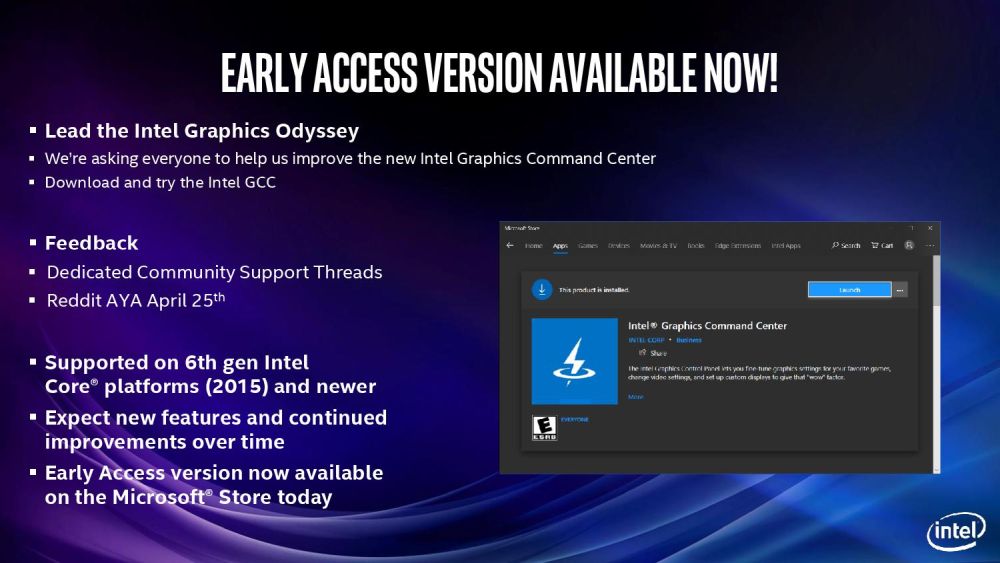