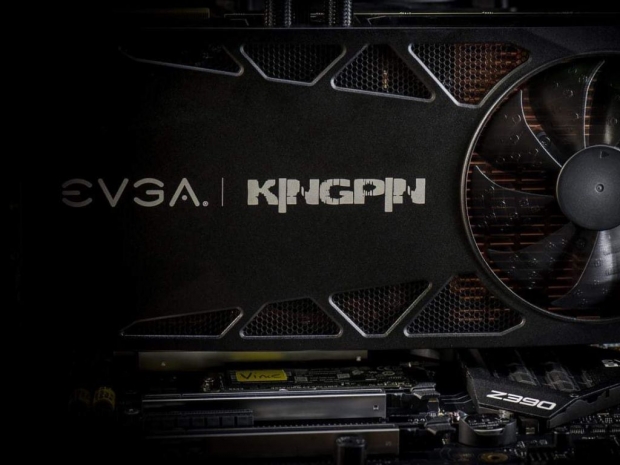 Featuring a hybrid cooler with an LCD on the shroud

EVGA has been teasing the RTX 2080 Ti for quite some time, and it does not come as a surprise that the company has brought a working sample to the CES 2019 show in Las Vegas.

The Kingpin series from EVGA has always been the one that broke those overclocking records, and thanks to a custom PCB designed in cooperation with Vince "K|NGP|N" Lucido, we are quite sure that the RTX 2080 Ti Kingpin Edition will be a beast as well.

As far as the PCB goes, the card features a 19-phase VRM, powered by no less than three 8-pin PCIe power connectors. Unlike earlier Kingpin Edition graphics cards, the newest one comes with a hybrid cooler which features both the air cooler as well as a liquid cooling part connected to a 120mm radiator. The liquid cooler part cools down the GPU while it appears that the 100mm fan cools down heatsinks covering the memory and the VRM.

The cooler shroud comes with an LCD screen which can show temperatures as well as some other information from the EVBOT and, as expected, there are voltage measure points and a place to plug in the EVBot.

Unfortunately, EVGA isn't talking yet about the price or the availability date, but these were never cheap. 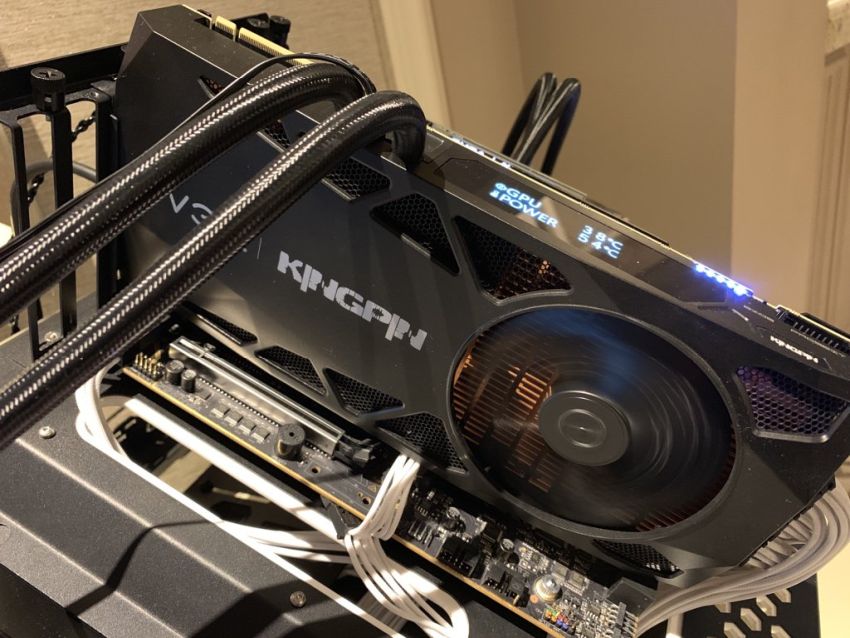 Last modified on 08 January 2019
Rate this item
(0 votes)
Tagged under
More in this category: « AMD will deliver Radeon Software to desktops and mobiles 3DMark Port Royal available for download »
back to top