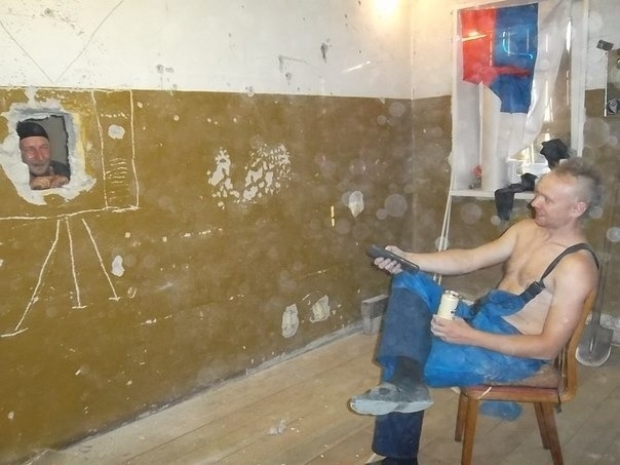 Lomonosov Moscow State University boffins and their chums at the Russian Academy of Sciences have emerged from their smoke filled labs holding a  new liquid crystal material with high potential as a basis for brighter, faster, energy saving displays with higher resolution.

According to Advanced Functional Materials, which we get for the "spot the polymer ball" competition,  the boffins have come up with a a ferroelectric liquid crystal (FLC), which is stable to the mechanical stress. FLC possesses spontaneous electrical polarisation that allows one to enlarge the order of the operation speed several times of magnitude. FLC materials enable field sequential color displays, in which the red blue and green light are averaged by the human's eyes in time, but not in space.

Russian Academy of Sciences professor Alexander Emelyanenko said that the material developed by the scientists has a stable FLC structure in a wide range of temperatures, which makes it resistant to temperature fluctuations.

In new displays all three backlighting colors can be activated in a certain quick sequence across the whole screen, while each liquid crystal pixel can be "opened" and "closed" faster. Experiments have shown that the replacement of the three subpixels with the only one will let an audience enjoy a more realistic, contrast and bright images without the colour blurring.

Conventional LCDs based on NLC absorb about 2/3 of the backlight due to the use of three separate color filters that are in-built into the structure of a display for creating a full-color image. Such displays require more powerful light sources.

In new displays each pixel will be open for the light propagation during particular time, which is needed to mix the colours in time.

Emelyanenko said: "The development of the field sequential color displays will make their production considerably cheaper and improve their optical characteristics such as brightness, color gamut, and resolution (as each pixel will work on its own, not as one of the three subpixels). This will also help save up to 70 percent of energy consumed by a display, as the source of light may be made much less bright without affecting the brightness of the screen."

Last modified on 08 March 2018
Rate this item
(0 votes)
Tagged under
More in this category: « ASRock could be entering the graphics card market Nvidia GeForce Partner Programme has anticompetitive elements »
back to top